Yes, the all-new Focus is fun to drive. But is this enough?

The new Ford Focus is the most important car in Ford's portfolio, at least in Europe. This is why they were forced to get it right, without compromises

The Mk 3 Focus still managed to cling on its fourth position in Europe's compact segment even after eight long years of declining sales, behind the Golf, Octavia, and Astra. The 2018 Mk4 Focus (2019 Focus in the US) should reach no. 2 in this list very soon because Ford has an interesting approach to its latest generation of this popular car. You see, the new Focus is not just one car, it comes in four different flavors: the normal one (tested by us in Titanium trim), the ST-Line, the Active, and the Vignale. If the differences between the ST-Line and the rest are mostly optical, the Vignale comes with lots of premium (and expensive) features, while the normal car is just fine, at least in Titanium trim. 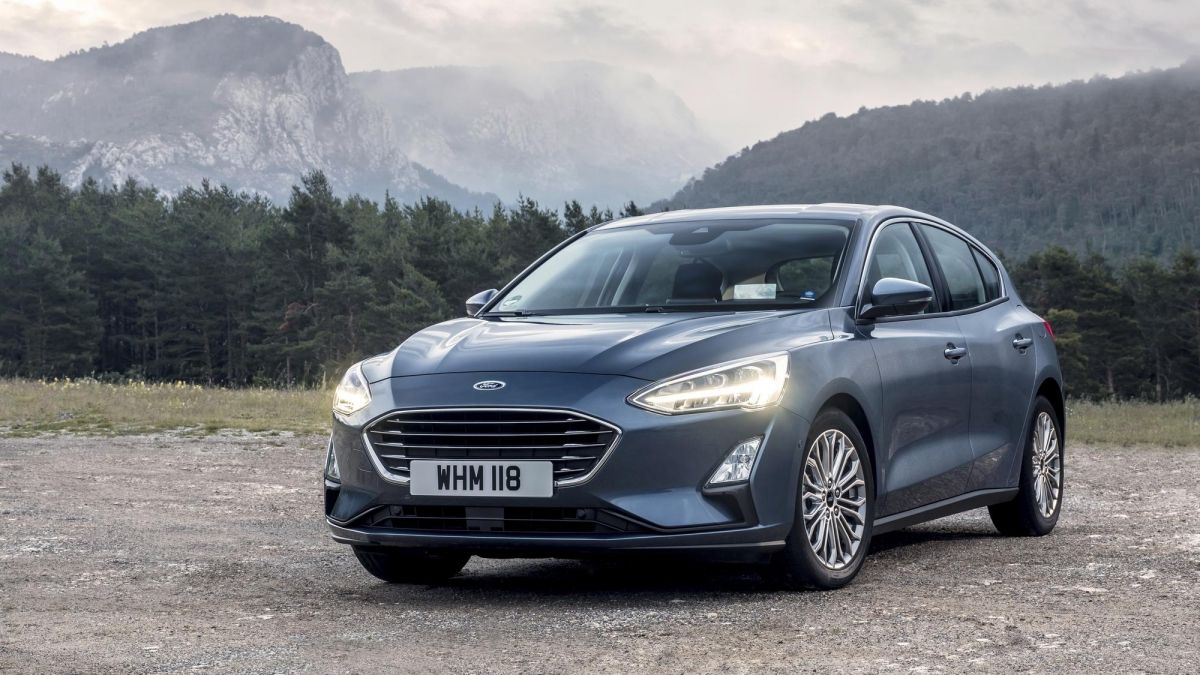 The Ford Focus Active has a crossover-ish attitude and might very well be the best selling of the entire pack in the end, given the current SUV and crossover craze. And the wagon version for the regular model is also present and has its own fan club, so Ford's assault on the compact segment has all the necessary weapons to succeed.

I'm not quite a fan of how the new Ford Focus looks - both on the outside and the inside, but that's irrelevant - if you like it, then it's just fine. However, the interior quality and overall feeling mark a serious improvement over the preceding generation. It's out there with the best cars in the segment, and on the upper trims, you get a distinctive premium atmosphere. 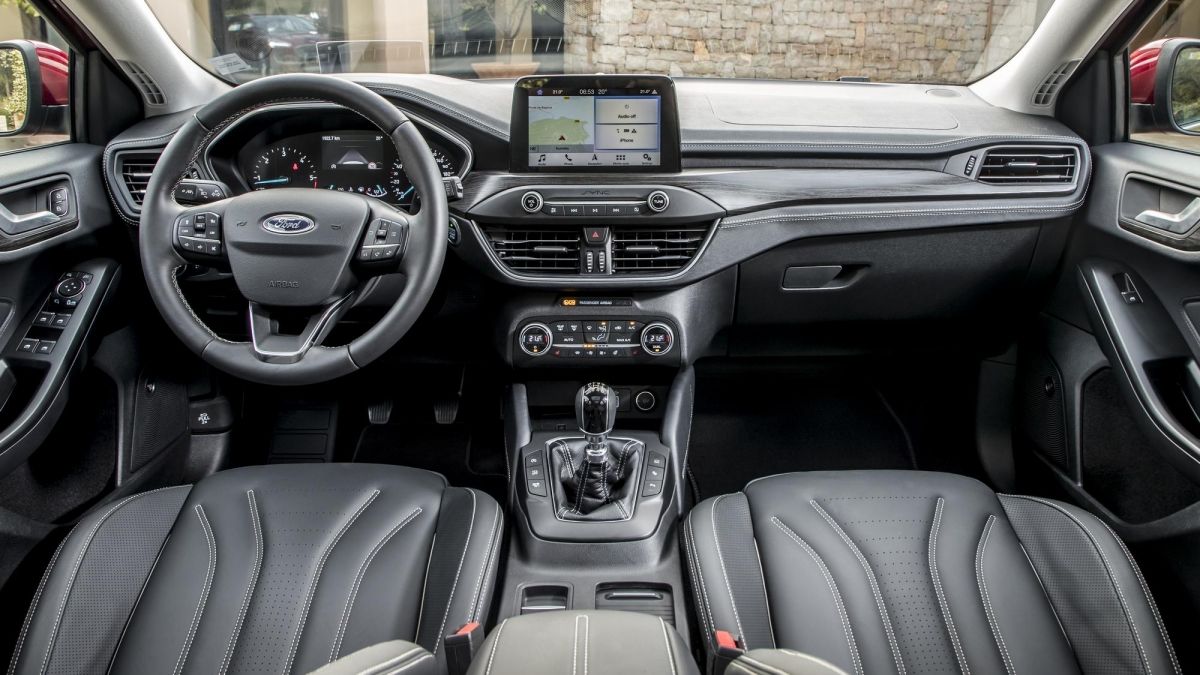 Ford bragged about reducing gaps to zero, and I can vouch for that - assembly quality went way up. As a consequence, NVH ratings are very good - noise levels are low, vibrations are just not there, and harshness is completely absent. You get a very comfortable car that feels and drives like a premium compact one - everything you touch is soft and seems to be built to last. Exterior dimensions remained pretty much the same as before, but Ford's engineers strived to offer more room for passengers and their luggage. You can sit comfortably in the back, your feet will slide easily under the front seats, and your head will have lots of space to move. You can also appreciate the front seats, which are relaxing even if they don't have all the massage functions and certifications other competitors (namely, Opel and Renault) have. 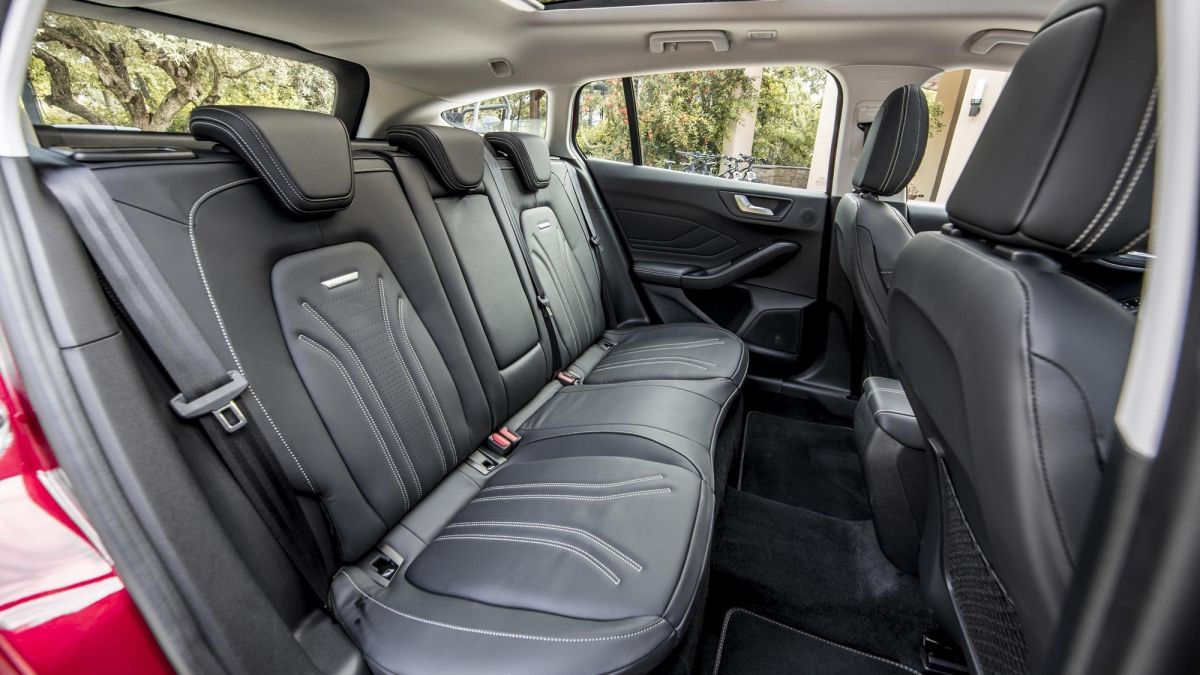 The car can also come with pothole detection, that senses when the front wheels fall into a pothole and stiffens the dampers, also sending this info to the rear - the result is a comfortable ride, no matter what lies under the car.

We drove the new Ford Focus only about 150 km in total, along the French Riviera, on winding roads that put it to the test in a way you wouldn't manage to do in your own city. Of course, we had to choose from different driving modes - Normal, Eco and Sport. Take a guess what we ended up with. 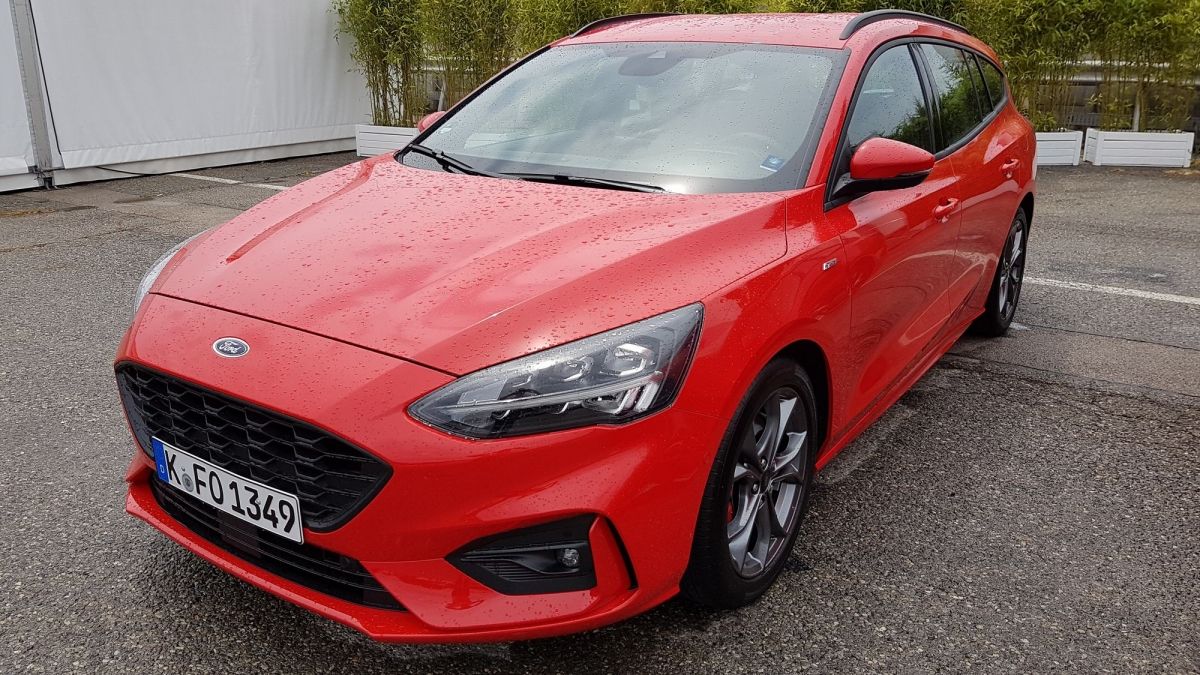 The wagon we tested first had the 1.5-litre EcoBoost in its 182 PS (180 hp) variant. It's the perfect engine for a family wagon, especially if you want to have enough power when overtaking with a car full of people and their luggage. It's the most powerful engine you can have right now on the Focus, and it delivers accordingly. Be aware, though, that the steering was softened and sometimes you'll have to guess what's the best approach to a corner, at least until you get used to the car. Because everything this engine does is smooth, even in Sport mode, your aggressive instincts will eventually be tamed down, especially on twisting mountain roads. In a straight line, however, you get what you asked for. 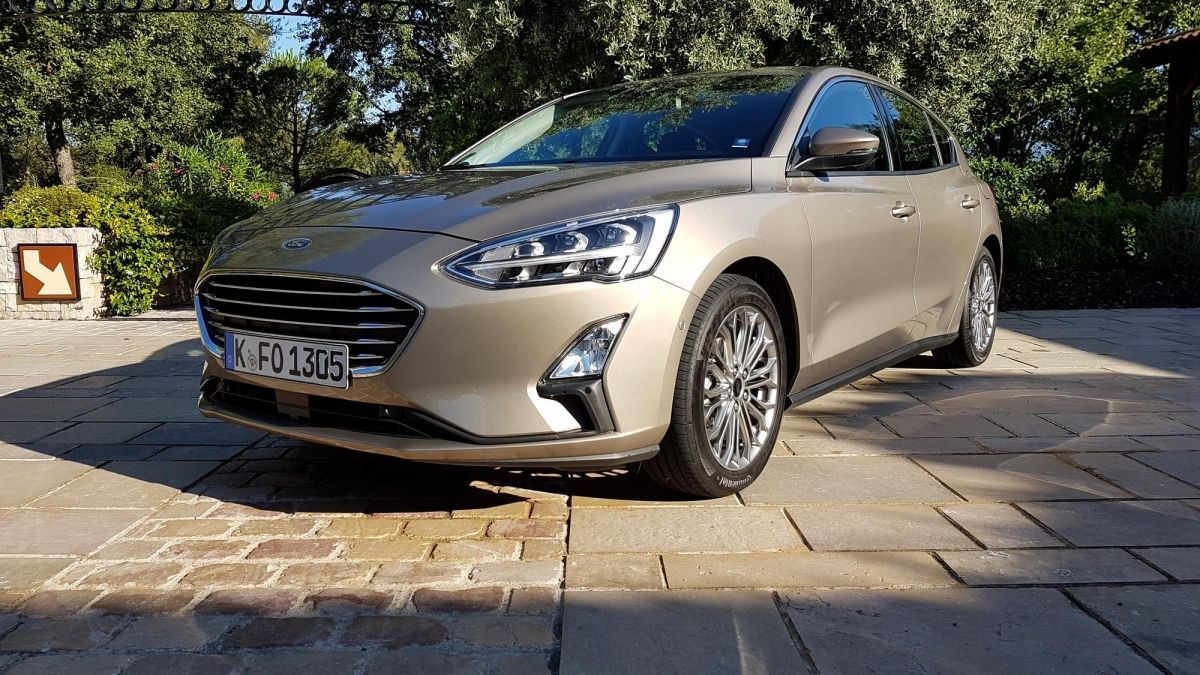 The 1.0-liter, 125 PS (123 hp) version, tested in Titanium trim, was a different story. Yes, you have to push it hard and rev it between 3,000 and 5,000 rpm, but you get that awesome sound and sporty feel whenever you climb up a hill or 'race' it between stop lights. It also helps you feel the car better, and the result is a much more aggressive driving style, even if top speed would be reached slower. 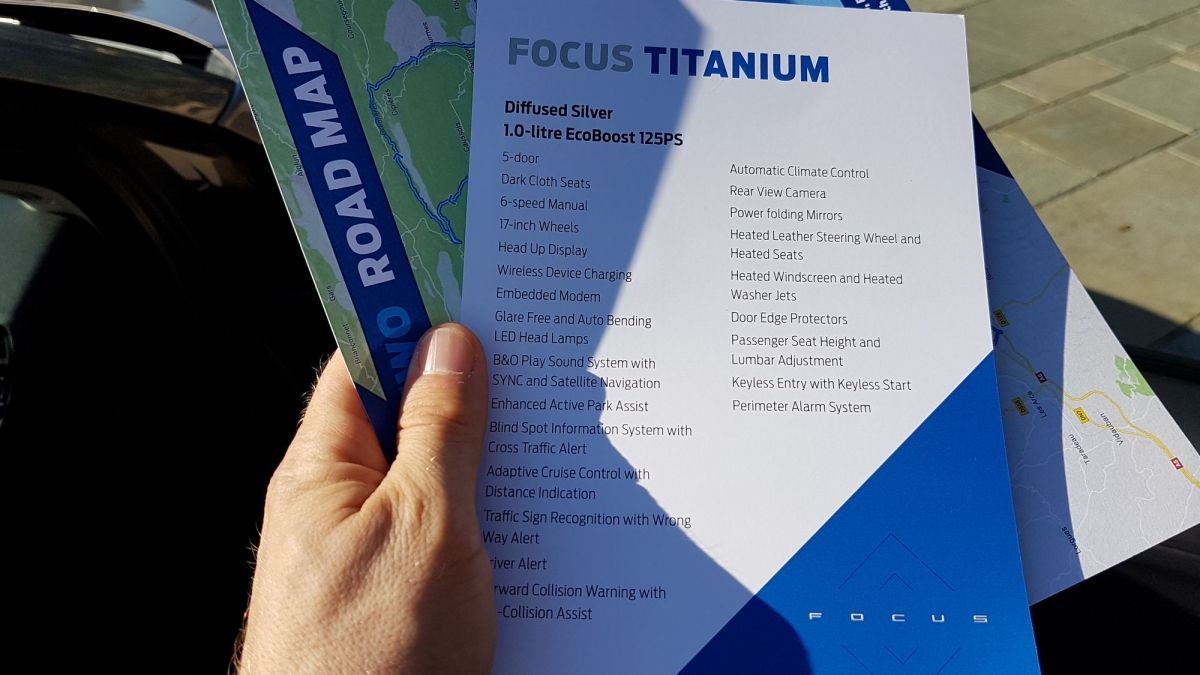 Overall, Ford improved on a very good performance by its former generation and kept its most important card: the fun you have while driving it. If this is important to you, keep it in mind.

Nowadays, simply having a good driving car is not enough. Ford packed its new Focus with Level 2 autonomous driving features that help the driver in boring commutes, when parking in the city or in the event of a crash.

We detailed them in our presentation article about the car, so I'll just say that I find especially useful the head-up display, the evasive steering assist and the automated braking after a crash that pops up the airbags - the latter would save your life if, for example, you hit another car or a dog or something, the airbag hits you in the face and you're not able to brake while the car heads for a tree or another oncoming car. 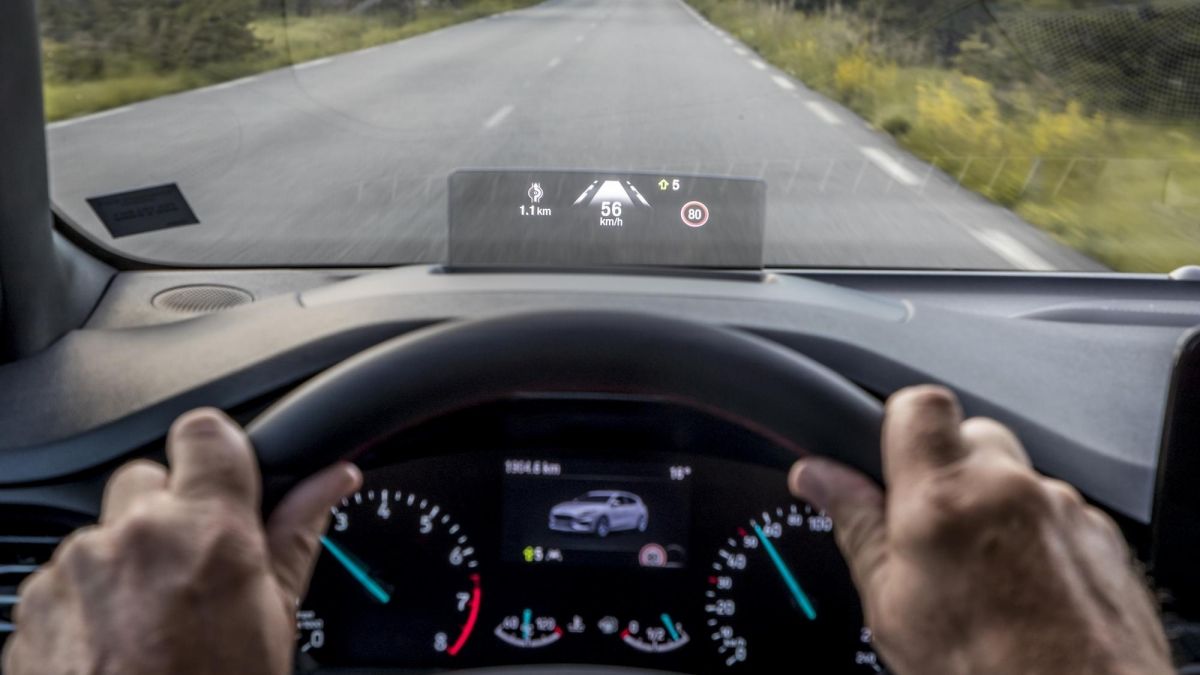 Music lovers will be thrilled to pay extra for a Bang & Olufsen hi-fi system, while connectivity is ensured by Android Auto, Apple CarPlay, and voice commands. One word about the nav - it's reasonably fast and knows swipe and pinch movements, however, it wasn't up to the task several times in the south of France, missing many two-years-old roundabouts and once directing us into the oncoming traffic. Its central screen was also too close for my taste - I had to turn my head a little bit too much to see what's coming on the map. 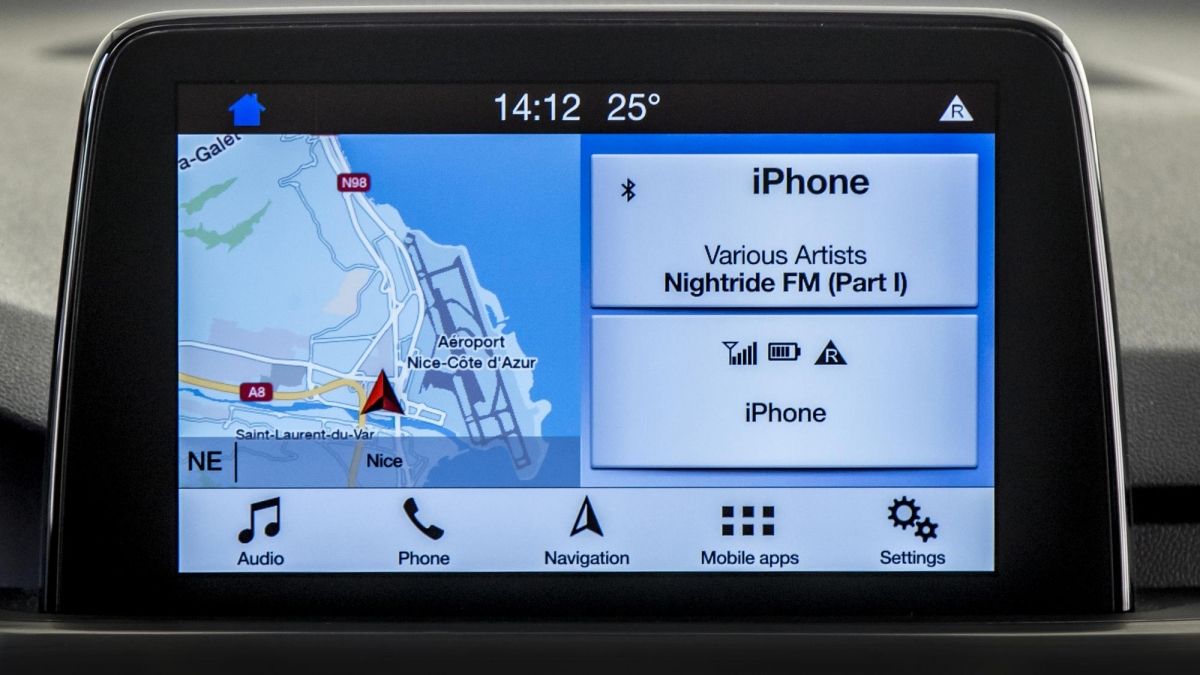 The new Focus can brake by itself from up to 200 km/h (125 mph), can hold the lane on its own, recognizes speed signs and also park itself - what more do you want from a compact hatchback?

We'll return with a full-size review of the new Ford Focus but for the moment, as a first impression, I think Ford checked every important box for compact car customers. The passable looks could hinder its quest for great sales but everything else is between very good and excellent. It all depends on the pricing right now - the cheapest Focus costs £17,930 in the UK (€15,990 in Germany), while the 1.0 Titanium version we tested starts at £21,550 in the UK (€25,200 in Germany). 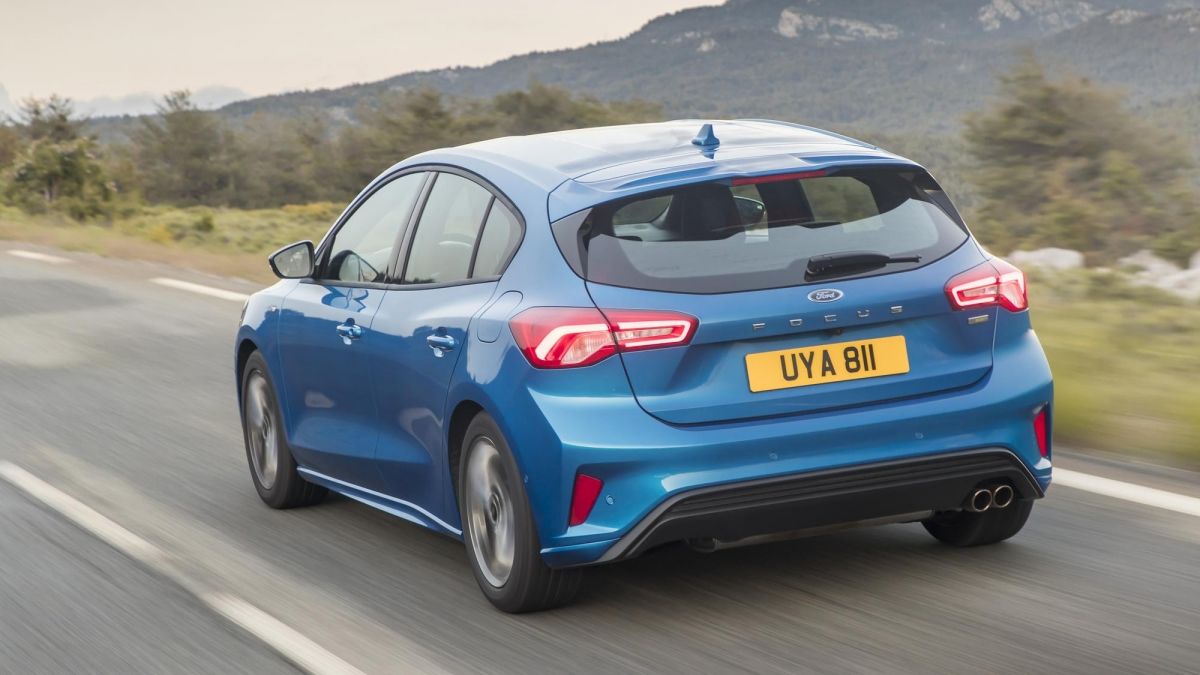 As always, my advice is to go and test the car - there's nothing that compares to actually feeling it on your own. Recommended version - the 1.0-liter 125 PS in Titanium trim.