For drifting you need a lot of torque and power available immediately so that you can make the rear wheels lose grip precisely, which is why this Toyota AE86 drifter converted to run on electricity makes a lot of sense. Better still, its owner has retained the original five-speed gearbox and clutch pedal, adding to the car’s enthusiast appeal.

The owner is an engineer and he pretty much came up with how to modify his Toyota looking at the new breed of electric Pikes Peak monsters. Main inspiration came from that electric-swapped BMW M3 E36 done up by EV West, and this AE86 has a similar powertrain and battery layout.

The feature video posted by Hoonigan drags on a bit too long (it’s 15+ minutes in length) but you do get to see it kick its tail out at the end. The rest of the video is worth watching too as the car’s owner seems like a passionate guy who turned the car into an EV mainly because of the improved reliability - let’s just say it’s not the first powertrain swap this AE86 has seen. 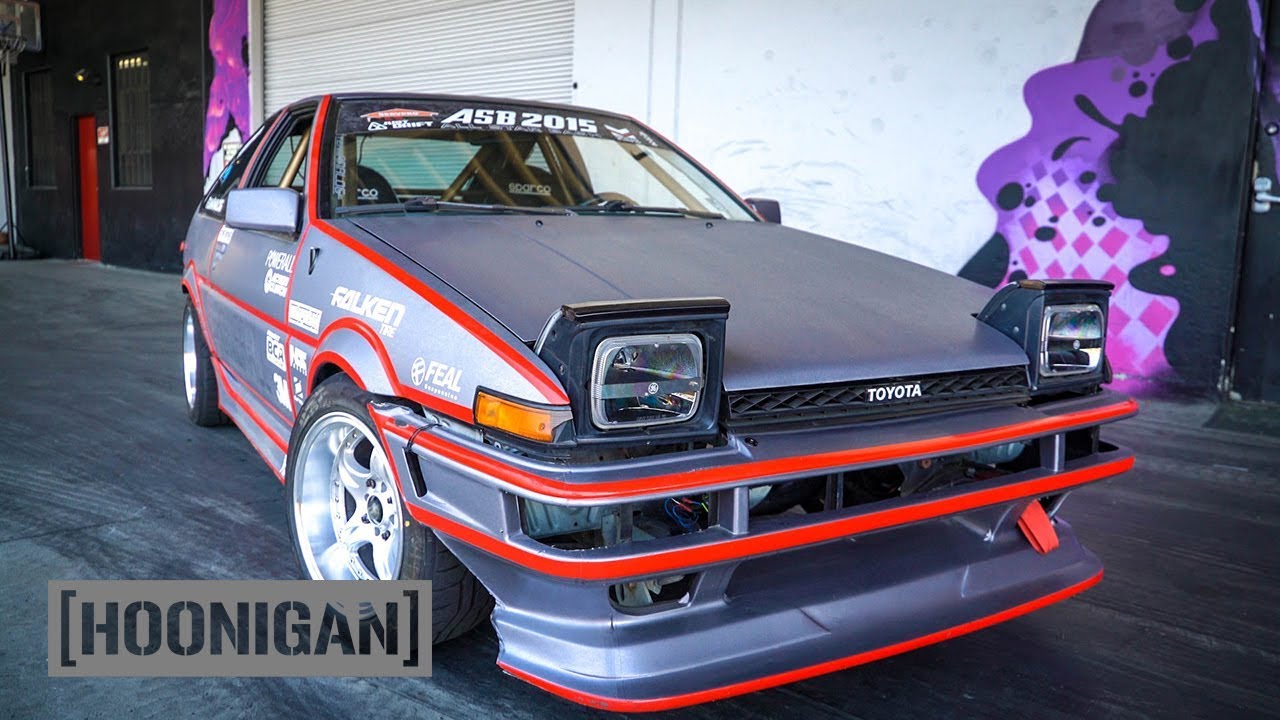