As a car it’s pretty accomplished and has smart solutions, but the execution not flawless

Tesla Model 3 is arguably one of the most hyped vehicles of any kind in the world, which is why this first hands-on review and road test should get your interest up. There is a lot riding on the new entry level Tesla’s shoulders, and it needs to work really well straight out of the box.

So does it? Well, according to Doug DeMuro, yes; yes it does, quite well, actually. But let’s get the big negative out of the way first: since the Model 3 is kind of rushed into production, there will be some assembly quality inconsistencies, but based on this one car reviewed here, it’s nothing horrendous.

The Model 3 has a lot of positives, a lot of genuinely cool features or ways to control already familiar features. It adopts a lot of novel and interesting solutions for something as simple as directing air through the cabin - you control the airflow using the touchscreen, not moving a physical button, and the stream of air’s direction is altered by another stream of air - you’ll understand once you’ve checked out the video.

Also, the way you electrically adjust the steering wheel is also kind of novel - you move it up - down / left - right by using the two balls on the wheel. In fact, said pair of balls has a different function depending on which screen you’re accessing via the infotainment.

There’s a lot to take in so just scroll down and watch through the video - the first proper hands on video of the car we’ve found so far. 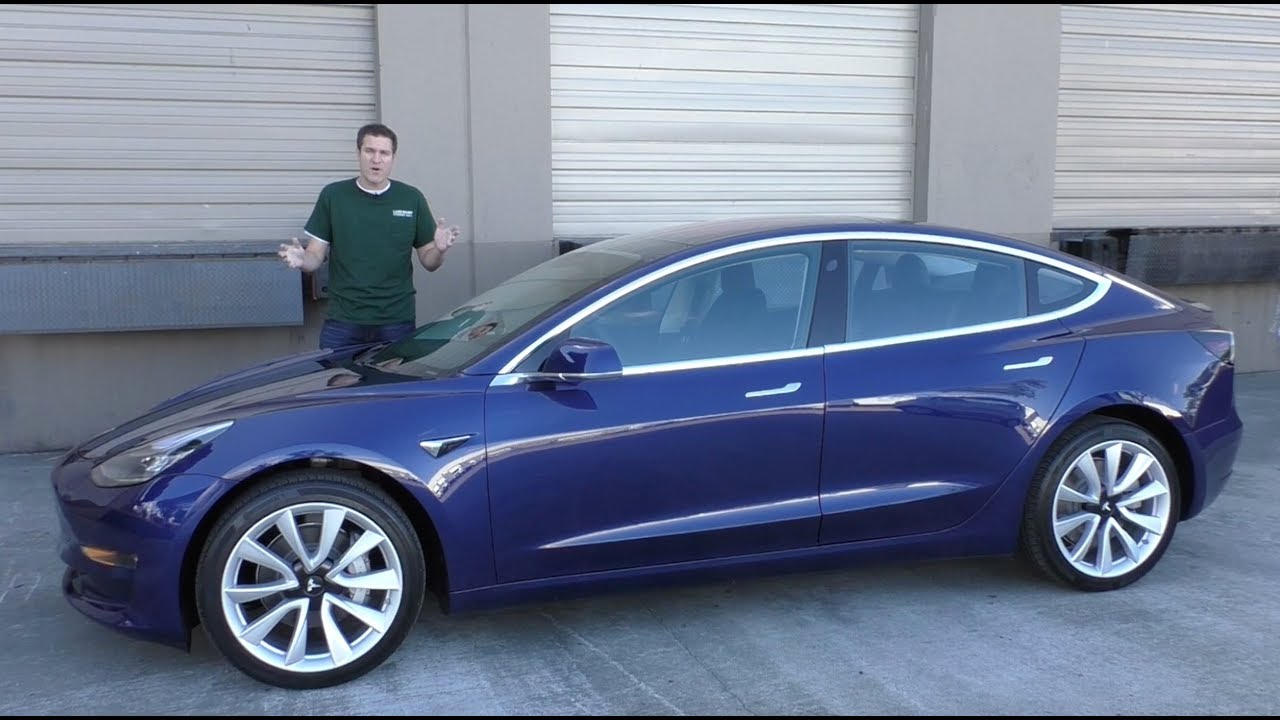