Interview: BMW iNEXT is About Vision and Bringing the Future Closer Than You Think

Everything you wanted to know about autonomous cars, explained

2021 seems still far away, but BMW's strategy for autonomous driving is already set. And it defines how the cars of the next decade will behave, how you will approach this technology and, ultimately, how the car of the near future will be.

We had a chat with Dr. Dirk Wisselmann, Senior Engineer Automated Driving at BMW, the guy who's in charge of developing the most important technology of the next ten years. And rest assured: there's a lot to digest. Here's an overview of our Q&A with him.

1. Autonomous driving philosophy - who's in charge in an autonomous car?

For the moment, it’s always the driver who’s responsible (level 2). It’s not automated driving, but driver assisted driving. With iNext - 2021, we'll reach the next level, where the car can take over driving in many situations.

2. Who's responsible when an accident occurs in an autonomous driving vehicle?

Right now, the driver. The owner must be insured. If an accident occurs due to a technical problem while the car drives itself, the owner is responsible or shares responsibility. If this occurs because of a technical error from the car, the owner is already insured, but the insurance company will go against the car manufacturer.

This also applies to the next levels, except at the level 5 autonomy, where the driver is out of the loop. The owner is still responsible if the car wasn’t properly maintained.

3. What about the „moral challenge” – is an autonomous driving system focused on saving a driver on any cost?

We can hope we’ll reach a level where no accidents occur. But car manufacturers cannot make moral decisions, they simply make the car brake and try to stop. If a collision is unavoidable, then the car searches for evasion space. If there is no free space, an impact will occur but with the lowest energy possible. It's as simple as that. Today, in real life, the kind of accidents where a driver has to chose between killing several people or himself is not seen in statistics - we have zero examples from the real world from which we could learn.

The focus is to avoid accidents - the system will ensure that the car is never too fast as to produce such accidents. It will never decide between two collisions.

4. You collaborate with a lot of other partners. Where do you draw the line between your own tech and the ones shared with others?

Good autonomous cars will behave like being driven by experienced drivers, not by taxi drivers. It should be a premium, smooth experience. To do that, we have to combine real-time computing about the steering, the environmental situation (from forecasts to terrain typology), and other elements. 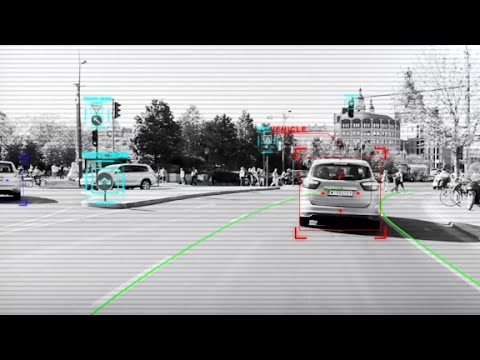 We strive to make partnerships to receive and verify the best information in real-time, as to be able to avoid, for example, an accident on the highway at 2 a.m., when we have close to no data from other cars, but we still want to protect the driver.

5. What about the partnership with state authorities? Who will be responsible for building, repairing, checking the infrastructure?

BMW tries to create autonomous cars that can deal with current road circumstances. If road markings are not available, for example, the car will give back control to the driver. We need high-volume data networks, like 5G, to ensure all the features of a 5th level autonomous car.

But if the network is not available, some of the features will go off. We need as much information we can from the environment and authorities, but the car has to be able to drive itself even in the absence of this information.

6. What fail-safe systems do you have?

Redundancy is extremely important. Imagine that you’re at level three autonomous driving on the highway and the car tells you that it’ll drive and you can read a paper. If a technical error occurs, the driver will need some 5-10 seconds to come back. Therefore we need a specific electronic architecture to ensure redundant capabilities that allow the car not to become a hazard. We don’t face ideal conditions, and the systems today are not able to adapt to changing situations and, most important, they don’t learn from them. They don’t recognize if they make a mistake. In the future, they will learn and evolve.

7. How user-friendly will autonomous cars be?

We still have some time to think about how we introduce level 3 autonomous driving to our customers, but we know that the driver will adapt step by step to the technology. We implement this kind of tech step by step. We already have some driving assistance tech available, and we’ll add other, but not in an abrupt way.

For now, the driver reacts well to lane keeping assist systems and is accustomed to the adaptive cruise control that starts braking on its own. Next step will be to adapt to other, more advanced systems. It will all come in time.

8. What will happen if a driver wants to go faster than the traffic in an autonomous-driving scenario?

Autonomous cars of the future will be polite. They will not change lanes when they see another car coming at high speed, nor will they signal to other cars to get out of their way. On the highway, our cars will have to fit in the human-oriented traffic. You can choose your velocity up to 130 km/h in level 3, within the speed limits of the road. We will not have an aggression lever up to level 5. In the future, we’ll have many autonomous cars that will automatically use the right lane and leave the left lane available for faster cars. This is a solution, not a hierarchy of cars, depending on the one who pays more or wants to drive faster.

9. What drives you to develop autonomous driving?

Safety. Comfort. Reducing casualties and increasing fuel efficiency.  Traffic, in the future, will not be lower than today. So we need to reduce accidents up to 30-40, maybe 50%. In the same time, we need to get more comfort for the customers, especially on longer highway trips. Last but not least, we badly need to increase fuel efficiency and lower our CO2 and polluting emissions. Autonomous driving does all that.

For me the first experience was in an autonomous car on a race track. Our main idea is to delegate the boring part of the driving to the car and let the driver have fun in all the other situations.

10. How does autonomous driving fit in the Ultimate Driving Machine philosophy?

It’s an option. You can switch it on when you need it, and off when you don’t need it. Autonomous driving just takes care of the most boring parts of driving and lets the driver enjoy his BMW when he wants. There's no fun to commute on a very busy highway. But in the countryside, or on winding roads, you'll still be able - and encouraged - to take matters into your own hands.

You’ll also not get realistically a level three or four autonomous driving in the midterm because there are many unforeseen events that can happen. Safety systems will help, but not take over 100%. We've got at least ten years ahead of us of assisted driving in such situations, not autonomous driving.

11. How much more expensive will an autonomous car be?

If you look at former safety systems, they were very expensive when they were introduced. They appeared at first on very expensive cars - an ABS was included as an option that cost 4-8,000 German marks. Right now, it's very cheap. So, we'll deploy safety and autonomous driving techs step by step, as the market is able to absorb them. We also have partners that share this cost and will share the benefits. We collaborate with market leaders and coordinate our targets with them - to launch in the same year, to fit together perfectly our schedules.

12. How will you make your cars hacking-proof?

This is a crucial point, and we're taking it very seriously and not only with autonomous cars. We have a special unit dealing with car security and, at the end of the day, we'll make our cars as safe as they can be. In the future, the whole car behavior will be monitored, and we'll be getting better and better than we currently are.

13. What about Artificial Intelligence? How much AI will an automated car have?

The main idea is to use AI in the complex urban environment. Here you have very tricky scenarios where is very difficult to make decisions taking into account dozens of different and dynamic elements.

At level 5 autonomous driving, we use a tremendous amount of data from the real world, take it into the background, analyze it with complex algorithms, and feed it back to the car. The system will learn what to do in a situation where the car meets a bicycle, for example, and always do the same thing every time. In the far future, it will learn and adapt on a constant basis.

Our children learn what to do when they meet a crosswalk. The system learns what to do when a car meets seven hundred thousand crosswalks and knows how to react to each one of them, no matter if they're longer, shorter, brighter or almost erased. This is where Artificial Intelligence really helps.

We cannot say exactly what we're preparing, but you can expect major improvements regarding parking and other situations where the driver is able to do something else while the car is moving, in absolute safety. Automatic driving needs lots of data crunching. Right now we process 5-6 Petabytes per year, but in a couple of years we'll reach up to 200 Petabytes per year. We still don't have enough data about friction, velocity and other environmental and technical aspects in order to make decisions about the car's maximum allowed speed or take over from the driver in many situations.

We also have to think of our cars as be able to update their software as new features become available, even on a six-month cycle. We also have to be able to react very fast to new digital products coming on the market. If you still have questions, feel free to give us a heads up in the comments.