BMW has ditched rear-drive for its smallest model

After 15 years of RWD for the compact 1 Series, BMW has changed the game.

The brand new generation is focused on space and practicability in order to be a better rival for the Mercedes-Benz A-Class and Audi A3. More than 1.3 million examples of the BMW 1 Series have been produced in its first two generations, the car proving especially popular in Europe. The third-generation model offers more space than its predecessor with little change to its exterior footprint, thanks to front-wheel-drive architecture. Passengers in the rear are the main beneficiaries, while a larger load compartment also results. Available as a five-door model only, the all-new BMW 1 Series is five mm shorter than its predecessor at 4,319 mm. 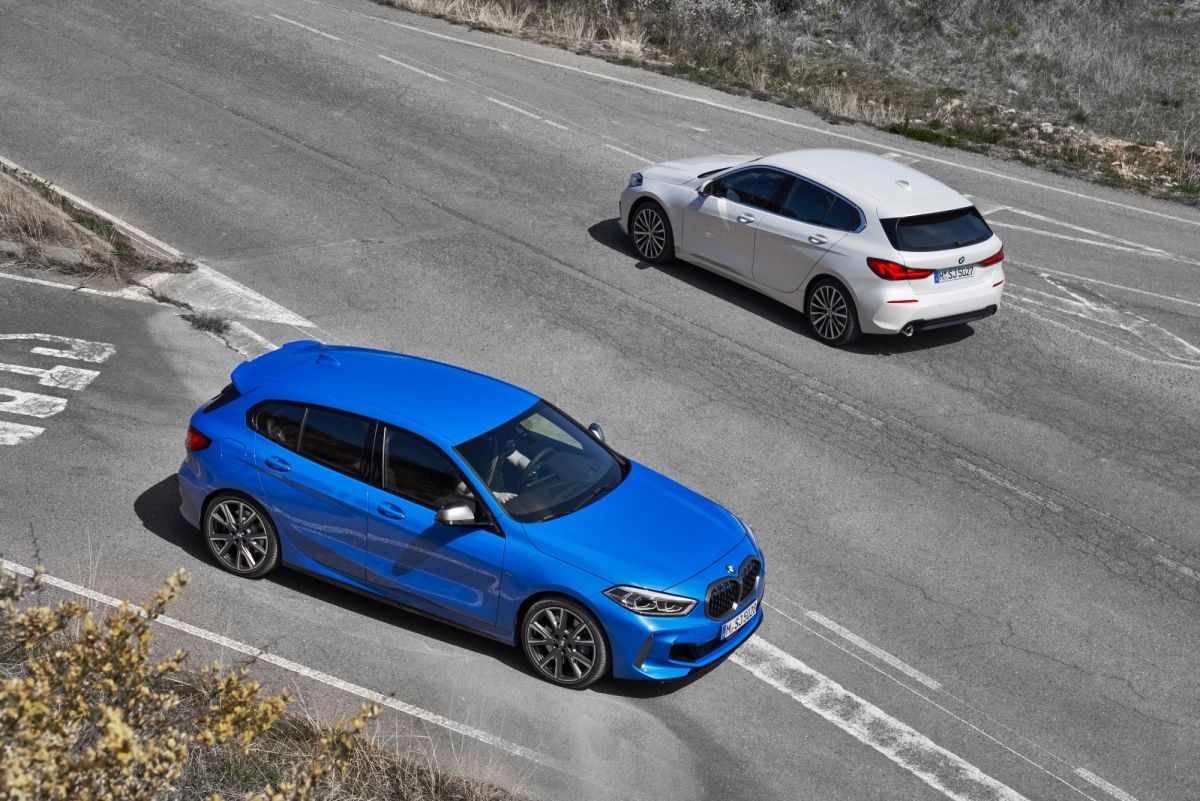 The new model is based on the FAAR architecture, also used for the X1 and X2 SUVs, and the new Mini Countryman.

Despite changing the architecture, BMW is ensuring that the new 1 Series offers a dynamic driving experience, especially the range-topping M135i hot hatch. The M135i uses BMW's xDrive all-wheel-drive system, which can send up to half the power to the rear axle. The previous M140i used the 3.0-litre six-cylinder engine, but this unit won't fit in the FAAR platform which features transverse rather than longitudinal engine mountungs. So, the new M135i uses the 306 PS 2.0-litre four-cylinder twin-turbo driven through an eight-speed automatic gearbox. The M135i also stand out from the crowd by sporting a kidney grille featuring a motorsport-inspired mesh design. The car features an actuator-controlled wheel slip limitation system (ARB) used untill now only on the electric BMW i3. This feature is standard on all variants and features a slip controller mounted directly on the engine control unit to reduce response times and works with the dynamic stability control (DSC) system to reduce understeer. All these versions get the six-speed manual or seven-speed automatic box, with an eight-speed auto standard on the 120d. The 1 Series will launch with only petrol and diesel engines, but the new platform can accomodate hybrid systems. The third generation of the BMW 1 Series will be unveiled to the public for the first time on 25 – 27 June 2019 on the new BMW Group #NEXTGen presentation platform at BMW Welt in Munich, Germany. Hosting the show premiere of the new BMW 1 Series, meanwhile, will be the Frankfurt Motorshow in September 2019. The worldwide launch will get underway on 28 September 2019.