Here’s what it means and how it works

Tesla has announced the introduction of a new Track Mode for the Model 3 Performance so we’re here to tell you what’s what.

Before we start, it’s important to remember that the Track Mode is intended for closed circuits or racetracks, so no funny stuff on public roads, alright?

In essence, what the Track Mode can provide is a shift in the car’s balance by using just the Model 3’s electric motors, without the intervention of stability control.

As some of you know, stability control is that feature that applies the brakes to a particular wheel in order to keep the car on the road and away from spinning during highly spirited driving. The degree to which stability control intervenes can be reduced by engaging the so-called Sport mode, found in so many modern cars.

The VDC setup can perform a lot of tasks, including monitoring the car’s position and driver inputs and, if necessary, make corrections when cornering by either sending more torque to the rear axle or to the front axle, to prevent the car from spinning out of control.

Moreover, VDC also brings a heftier amount of regenerative braking, shifting the Model 3’s driving characteristics towards those of a one-pedal car. As a result, more energy is sent back to the battery during hard braking, which in turn allows the driver to unlock more power.

Tesla also says that they can “proactively drop the temperatures of the battery and the drive units in preparation for the track and continue to cool them down in between drive sessions.” When called for it, the new software can also overclock the AC compressor.

Last but not least, when Track Mode is on, the Model 3’s open differentials will work together with the braking system. In other words, the car will simultaneously apply brake and motor torque to improve traction in a corner, mimicking the behaviour of traditional a limited-slip differential. 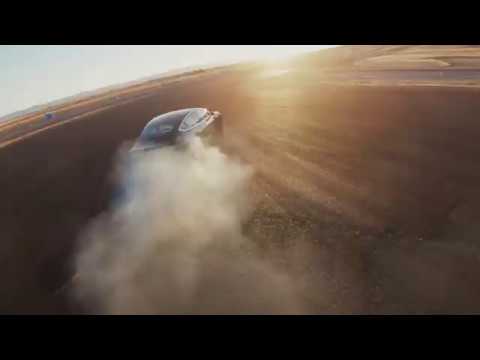 SEE MORE: Tesla Software Version 9.0 is here - all you need to know