Watch the evolution of the Toyota Supra sports car

This video makes us crave the new Supra even more

As the new Toyota Supra gears up for debut, let’s take one more trip down memory lane and witness the transformation of the Japanese sports car.

Supra started life in the form of a stretched Celica fastback launched in 1978. The car was 13 cm (5.1 in) longer than the Celica as Toyota’s 2-liter inline-six engines had to fit inside.

Three years later, Toyota offered the Celica Supra P-Type declined into two versions: a performance-oriented one and a second focused on luxury.

However, it was 1986 when the Supra got its own moniker and made the departure from its Celica roots. The engine was now a 3-liter inline-six making 201 hp.

Next up was the iconic Supra GZ, but that’s enough with the talking from our side. Head below and do watch the video. If you won’t learn new stuff, at least you’ll refresh your memory. 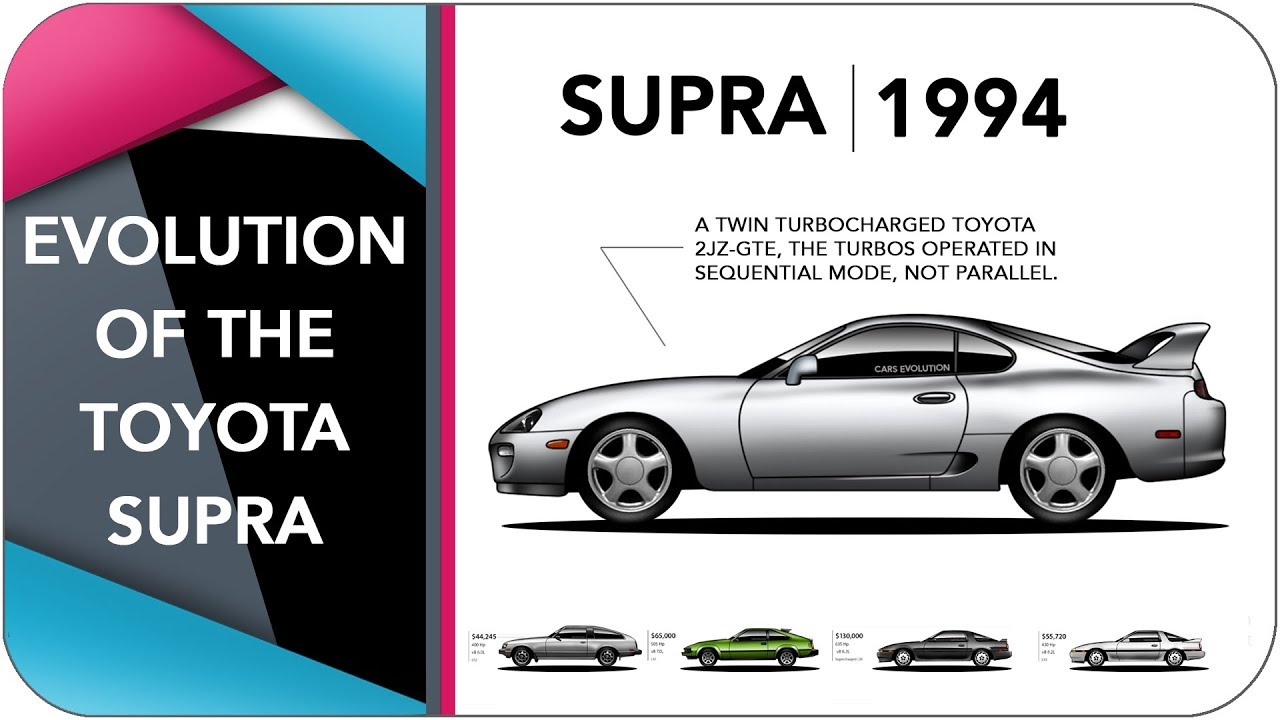 SEE MORE: Here’s all you ever wanted to know about the Toyota Supra