There are already plenty of road-sign reading systems out there, but Ford wants to be smarter and put the system to use by night in a very special way

Ford wants your car to see what's around it and adapt accordingly. Their latest system is called Adaptive Front Lighting System (AFLS) and is capable to read road signs and lane markings to match headlight beams to what lies ahead, or even around the corner. This allows the car to illuminate curves before the driver actually needs to turn. 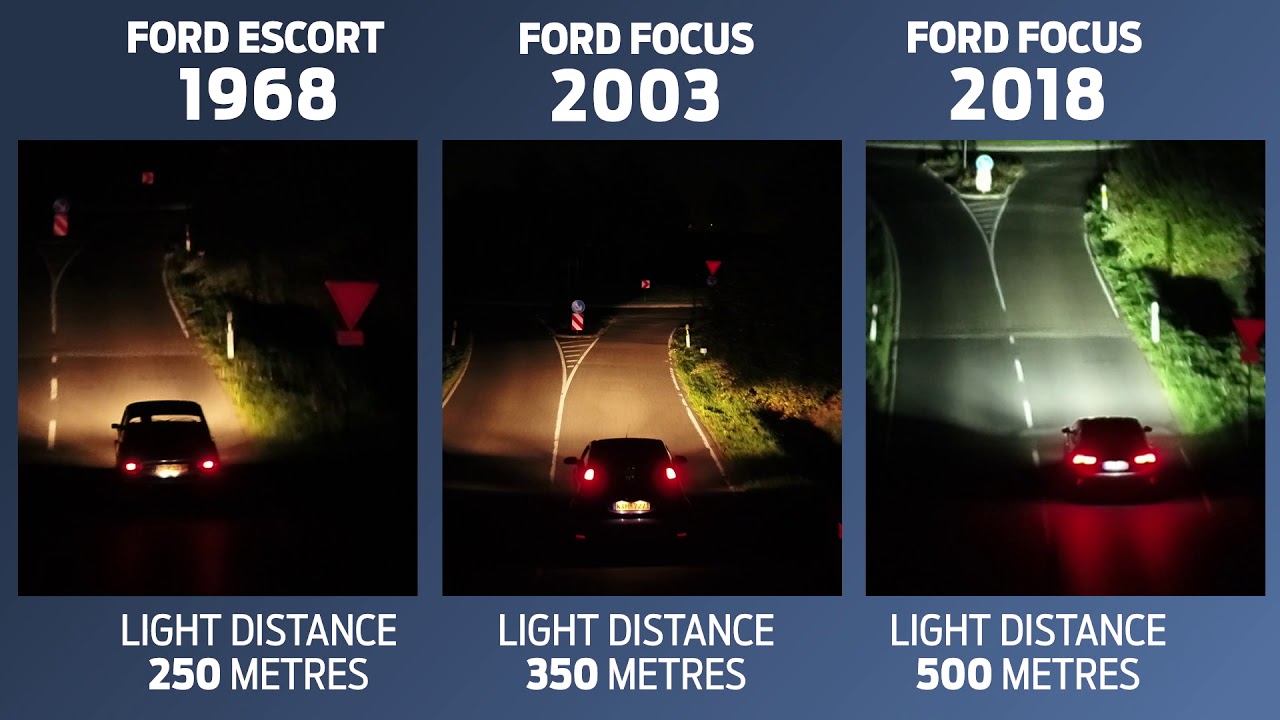 The system better illuminates cyclists and pedestrians at junctions and roundabouts, responds more quickly than relying on driver steering inputs to support safer night time driving, and avoids reliance on GPS that may not accurately reflect changes to road layouts. When approaching a roundabout, the system widens the beam so that drivers are able to see pedestrians and cyclists at the kerbside more easily. According to Ford, rather than depending on GPS mapping, which does not always reflect the latest road layout changes, the new system offers a real-world warning of what lies ahead.

“Across Europe, 15 percent of road layouts change every year. Amazingly useful as GPS is, using signs to read the road offers the most up-to-date information you can get.”

The new AFLS tech adds to an impressive safety package that rivals those present in premium cars. The new Focus keeps the vehicle centred in the lane, adjusts its speed according to the cars ahead, warns against driving the wrong way onto a motorway and against changing lanes when other vehicles are in the car's blind spots.

For the AFLS, Ford uses a camera mounted on the inside of the windscreen, below the rear-view mirror. This camera can monitor road signs and markings up to 65 metres ahead, enabling the system’s dynamic bending function to come into play much sooner than if only reliant on steering inputs.

Further functions of the Adaptive Front Lighting System include preventing drivers from dazzling others on the road using the Glare-Free Highbeam function, lighting technology that removes the guilt of accidentally dazzling other drivers – and that helps you to see more of the road ahead. The technology avoids drivers having to dip their headlights by simply blocking those rays that would otherwise shine in the eyes of other road-users. Studies have shown that automated high-beam headlights are activated up to 10 times more than when drivers have to switch to high-beam themselves.

81 per cent of drivers are scared to drive after dark.

Experts say the risk of being in a fatal crash is three times higher at night. In the EU between 2006 and 2015, there was a proportional increase in cycling fatalities compared with other road users – 1 in 4 taking place at junctions. There is also an increasing number of roundabouts, the total number across 19 European countries rising by 16 per cent from 2016 to 2017 alone.

Ford is also working on a new spot lighting technology that uses an infra-red camera to locate and track people, cyclists and bigger animals up to 120 metres away, in a similar way to what is currently present on some premium and luxury cars.

READ MORE: Europe, these are your safest cars in 2018