Car history: how the VW Passat evolved since 1973

Lots of Bs here, and they're not vitamins; they're Volkswagens. With more than 23 million examples built since 1973, the Volkswagen Passat is one of the best-selling family sedans all over the world. Here's a bit of its history, courtesy of a series of videos from VW.

The first Passat was based on (at that time) the new Audi 80, just launched a year earlier, sharing the same platform and some of the engines. Named after the German word for trade wind, it was, in essence, a fastback, trimmed down version of the Audi. And it was an instant hit. 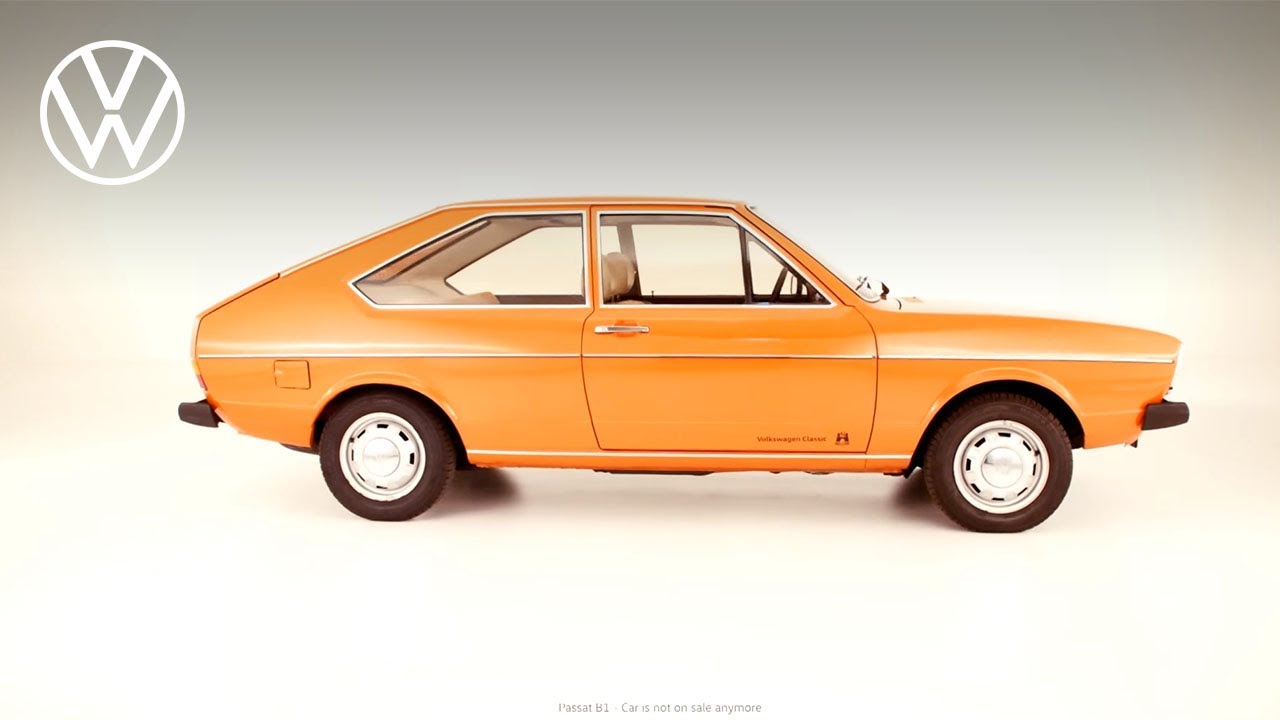 Named Dasher in North America, it was designed by Giorgetto Giugiaro and managed to be, at the same time, a beautiful car to look at, and a very good family all-rounder. It came either with two rounded rectangular headlights or with four circular headlights. Variant versions came in 1974, and drivers could choose between a four-speed manual or a three-speed automatic gearbox. It had lots of space for the period and a comfortable ride over the bumpy roads of the seventies. 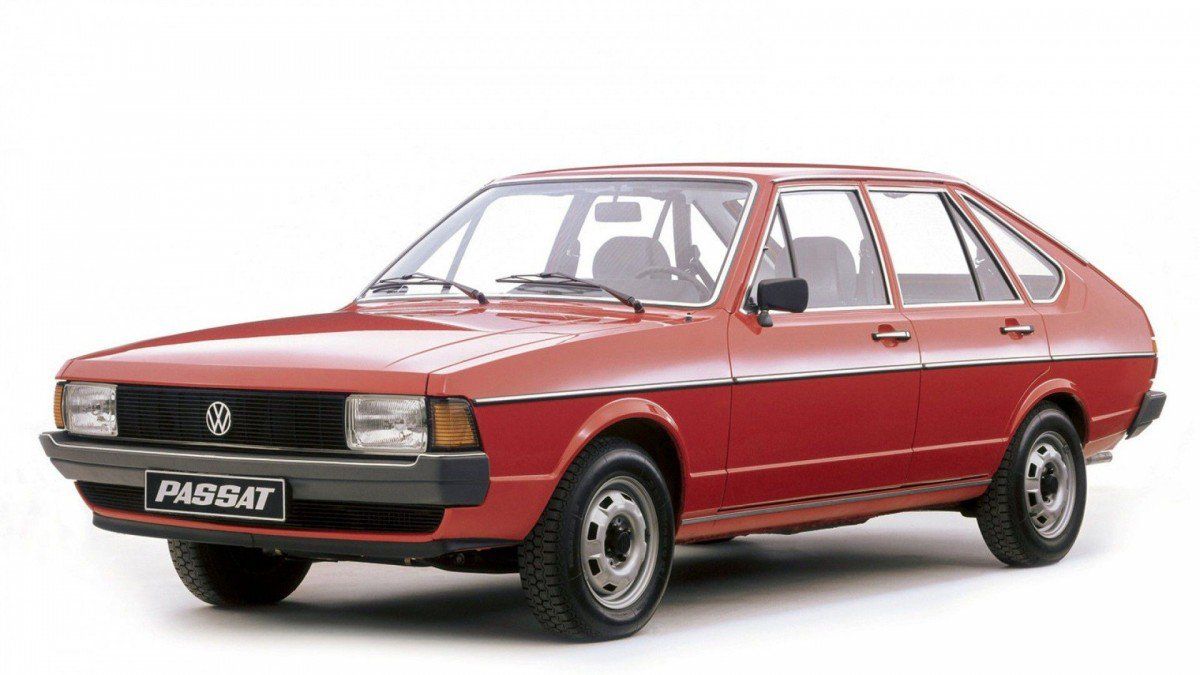 Maximum power was 84 hp on the 1.5-liter petrol engine, but you could also opt for a 1.5-liter diesel version (1978) developing a "whopping" 49 hp. These were the humble beginnings of what soon became the most popular midsize car in Europe.

Designed by the same Italdesign studio, but with a lot more „German” lines, the B2 Passat was a bigger and faster car than the first generation. It had rectangular headlights and a streamlined form that enabled it to be more nimble and efficient. The four-door sedan was first sold under the Santana moniker in Europe. It was joined by three- and five-door hatchbacks plus a Variant version. 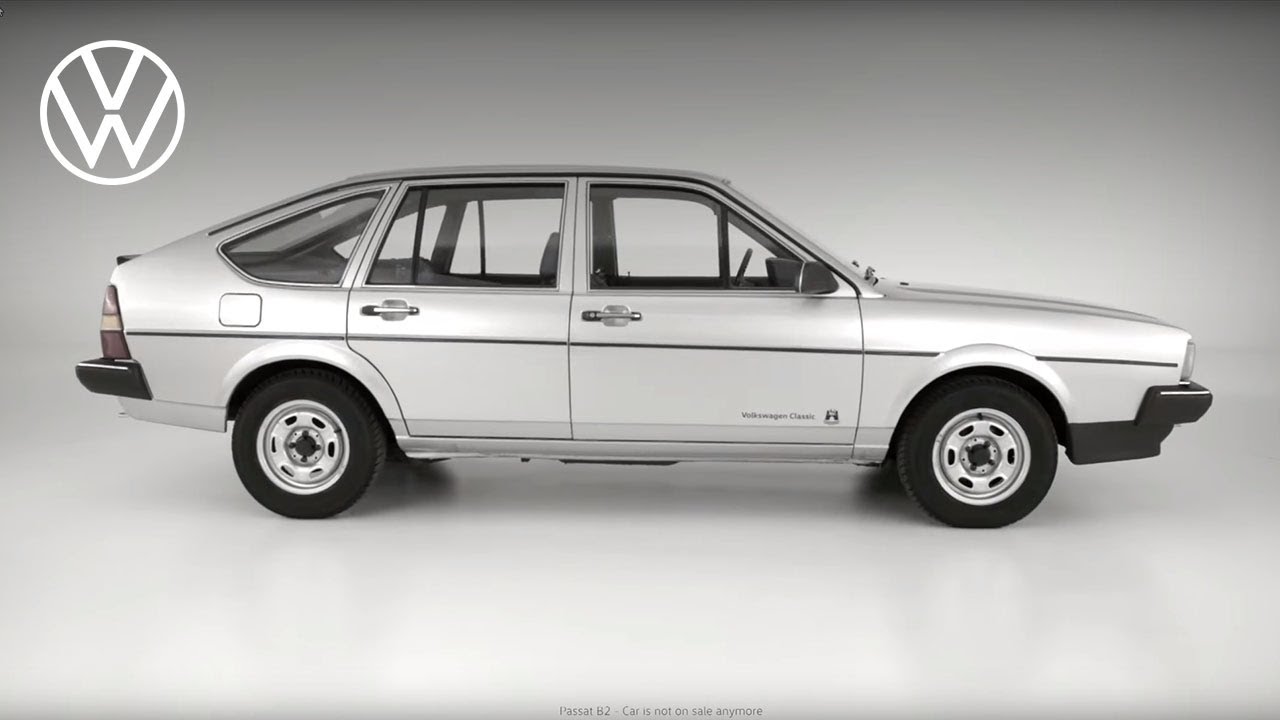 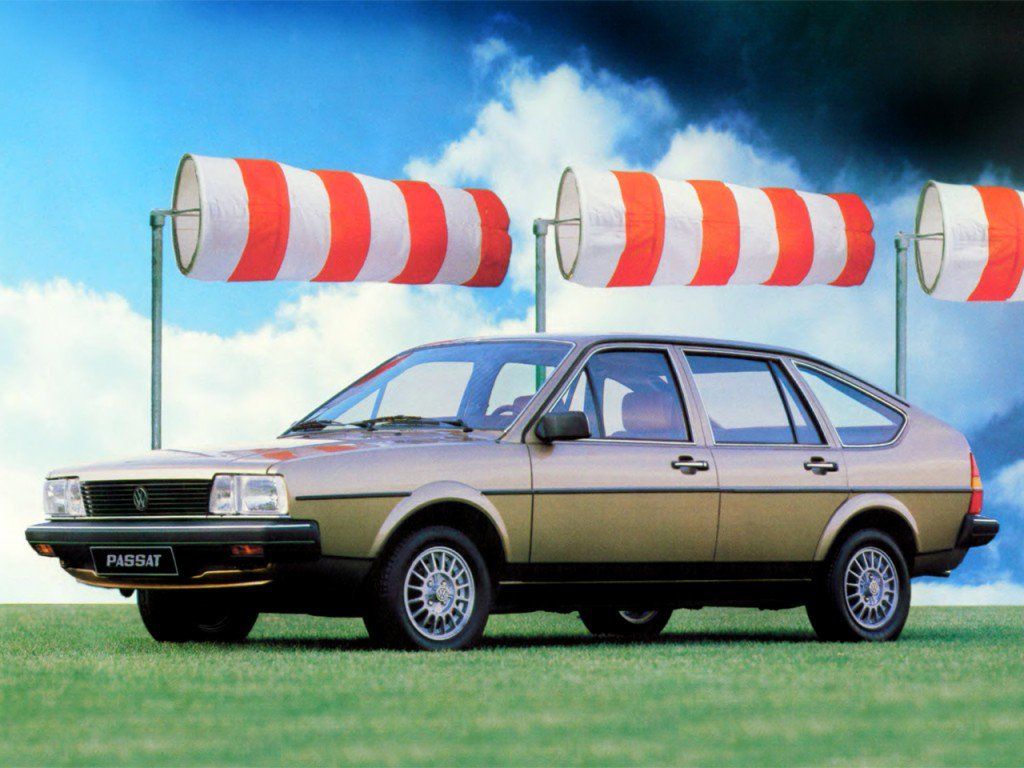 With a spartan interior, yet a premium exterior look, it was the perfect trade-off for families and middle managers.

The third generation came with a rounded, much more aerodynamic body, designed in-house by Herbert Schäfer, and a completely different platform - an extended version of the A platform used by the Golf Mk2. Volkswagen took special care to differentiate the car from the Audi 80 - with a transversely mounted engine and specific design - but also offered some premium features for the time like automated air conditioning (Climatronic) and self-leveling pneumatic suspension. 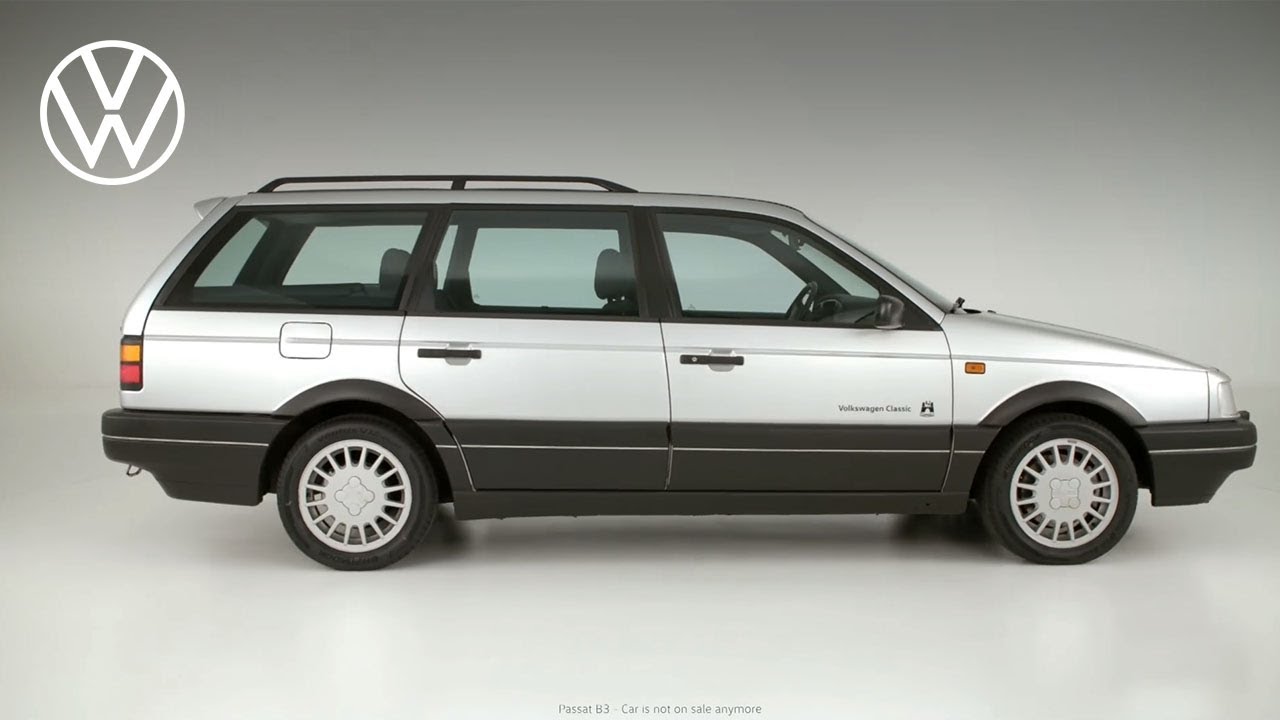 The most powerful petrol engine was the 2.8-liter VR6 which developed 172 hp, while diesel engines started to gain more and more importance in sales. The most powerful turbodiesel was still far behind the petrol ones: only 80 hp for the 1.6-liter. Drivers could choose between a four-speed automatic or a five-speed manual gearbox. The four-wheel drive option was still named Syncro and was adapted to the transversely mounted engines.

The aerodynamic front of the B3 needed a lot of change, so the car received a massive redesign only five years after being launched. This was underlined by the change in designation from B3 to B4, even if it wasn't a new car. Available only as a four-door sedan or a Variant model, the B4 introduced many of the design elements that would be found on later models. 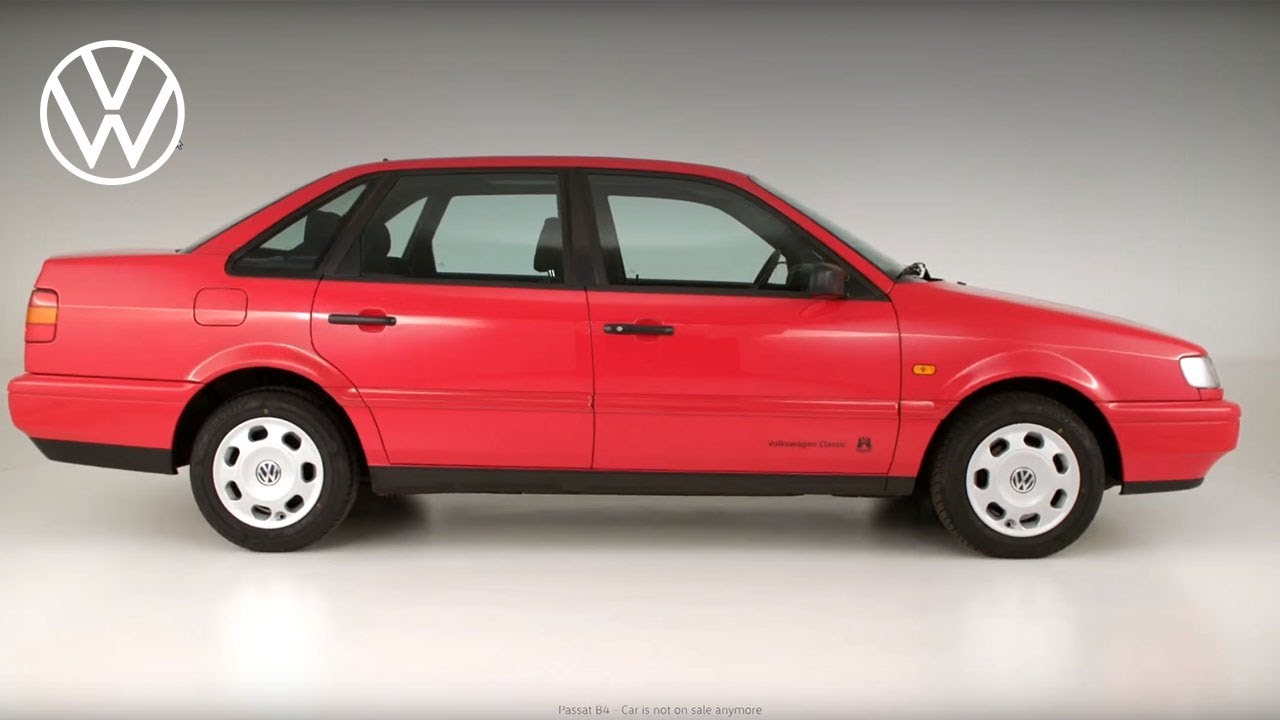 The interior received only minor design changes, with important safety equipment like dual front airbags and seatbelt pre-tensioners. But what counted most was under the hood. The Turbocharged Direct Injection diesel engines made their appearance and finally managed to pass the 100 hp mark: the 1.9-liter TDI engine reached 110 hp and a top speed of 193 km/h. 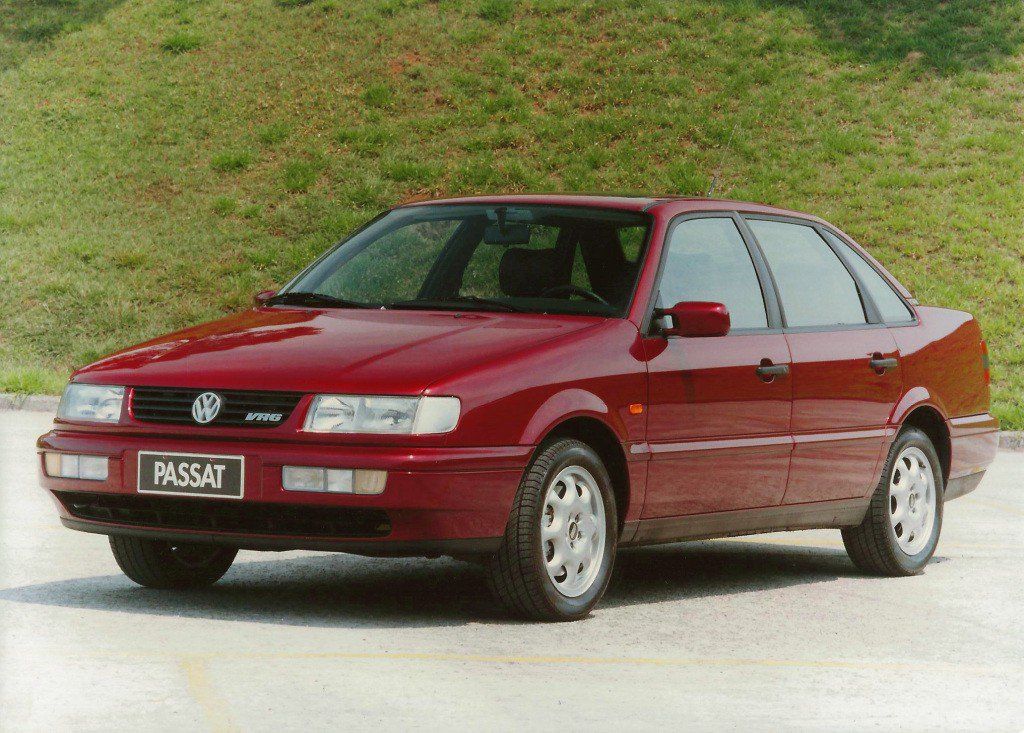 Probably the generation that solidly established the Passat as the main choice for European customers searching for a mid-size car. With an even more aerodynamic body (a Cx of 0.27 was still impressive in those times), and again a shared platform with the Audi A4, the Passat B5 managed to offer more interior space, premium-like safety features and an upscale interior. 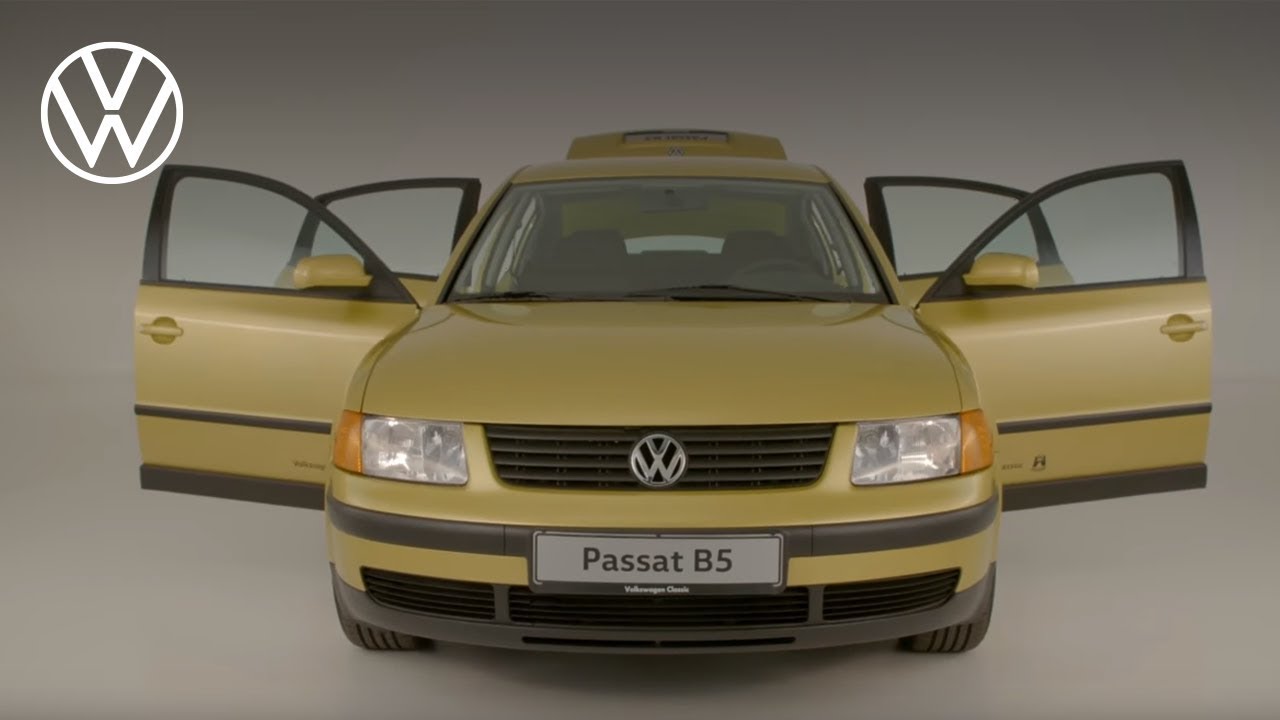 It also remains one of the best Passats to drive, with a sharp steering and solid performance on all types of roads. 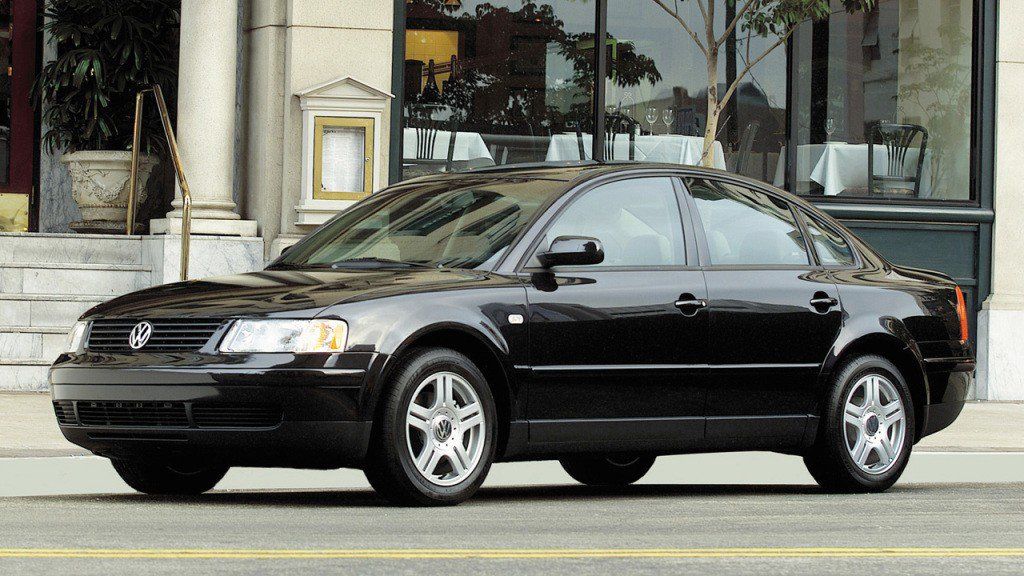 Volkswagen's engineers decided to use an elongated Golf platform for the B6 Passat, with a transversely mounted engine. The interior was more spacious and upscale than the preceding generation, however, its assembly quality dropped, especially for the entry-level versions. Fuel Stratified Injection (FSI) engines made their appearance, as well as a 4Motion Haldex Traction multi-plate clutch for the 4x4 version, able to split torque 50:50 between the two axles when needed. The R36 version (2007) had a 3.6-liter VR6 engine developing 300 hp and 258 lb-ft (350 Nm) of torque, 4Motion and a DSG box which allowed it to reach 100 km/h (62 mph) in 5.6 (Sedan) and 5.8 seconds (Variant). 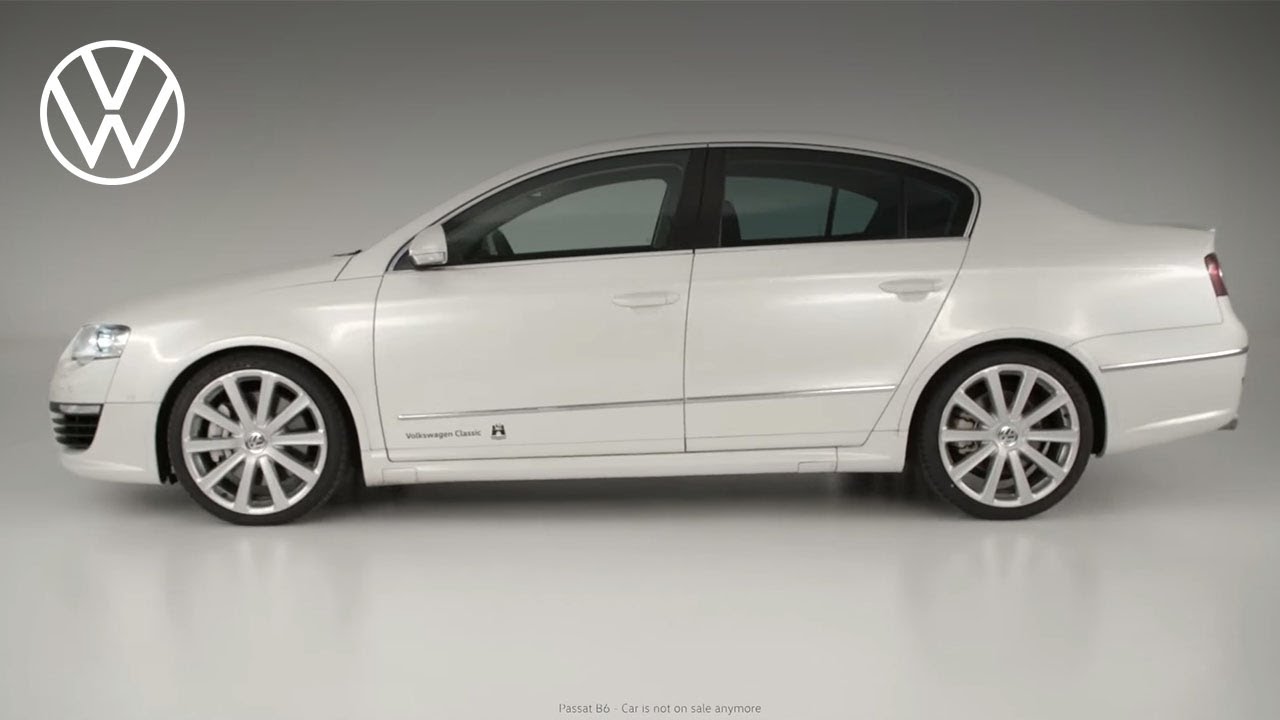 Don't forget about the CC version, launched in 2008, and developed as a separate model in subsequent years.

Keeping up with the tradition, the B7 was not a new generation, but merely a facelift of the B6. Featuring a new grille, new headlights, and a different roof, it looked like a brand new model. Little was changed from the B6, though, as the interior remained pretty much the same, and only the engine range was updated. 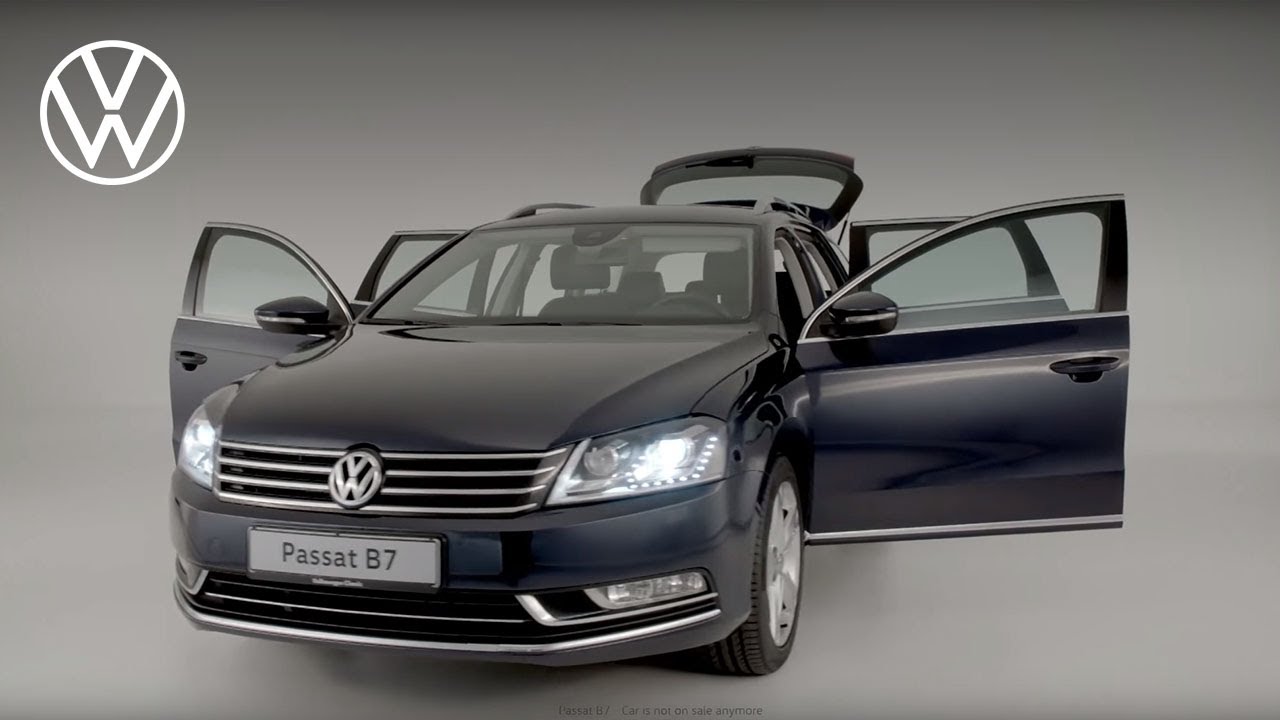 It also featured an Alltrack version, as well as more powerful engines. The entire diesel range now had common-rail engines with DPF, some of which will be involved in the massive Dieselgate scandal later on. All three 1.4, 1.8 and 2.0- liter TSI petrol models have now turbo engines, while the 2.5-liter, five-cylinder engine available only in the US developed 170 hp. The first advanced safety systems arrived, with the automatic city emergency braking system and the fatigue detection available as an option.

The B8 came in 2014 and brought with it a completely new platform - the MQB - which gave it better handling, less weight, and more space, even if it's several millimeters shorter than the preceding generation. For the first time, the Passat also came in hybrid form: GTE (2015). The interior was visibly refined from the B7, and the driver had a plethora of driving assist systems, like "Emergency Assist", "Trailer Assist" and "Traffic Jam Assist" - the latter allowing the driver to just sit idle while the car drives itself through traffic jams. 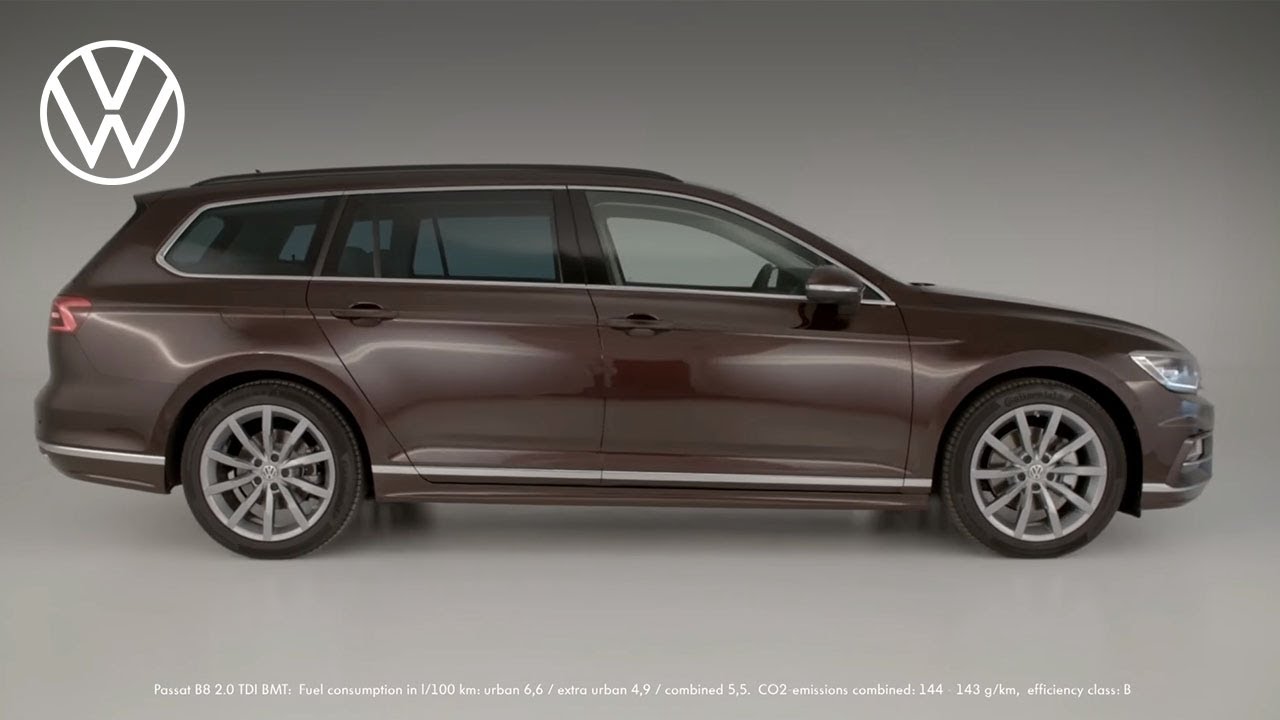 The engine range focused on more power, yet less consumption. The V6 versions were dropped, being replaced by inline engines. All petrol engines now have BlueMotion technology and develop between 124 and 276 hp, while the diesel ones offer between 118 and 237 hp. Selective catalytic reduction systems (SCR) are present on the most powerful 2.0-liter TDI engines (187 and 237 hp). 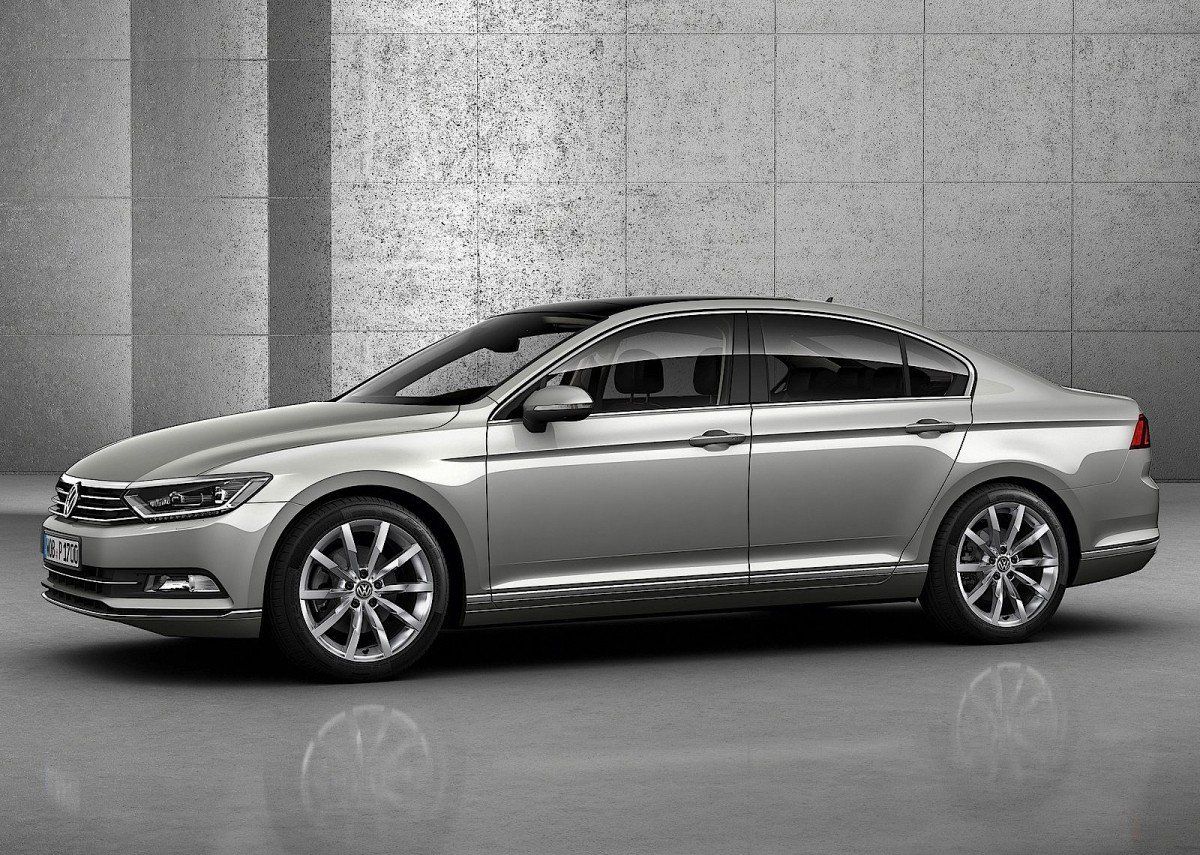 Despite Volkswagen's efforts, some of the engines were involved in the growing Dieselgate scandal, and the aftermath made Volkswagen focus on electrifying its upcoming cars, including the Passat, and giving up on downsizing in order to make more efficient petrol engines, like the new 2.0-liter TSI EA888 B-Cycle that replaces the 1.8-liter TSI and the 2.0-liter TSI engines. The hybrid GTE version has an all-electric range of 50 km and an expanded range of 965 km.

Expect more of the above with the upcoming B9 Passat (the B8 facelift) that will be launched at the end of 2018, but especially for the B10 Passat coming in 2021. 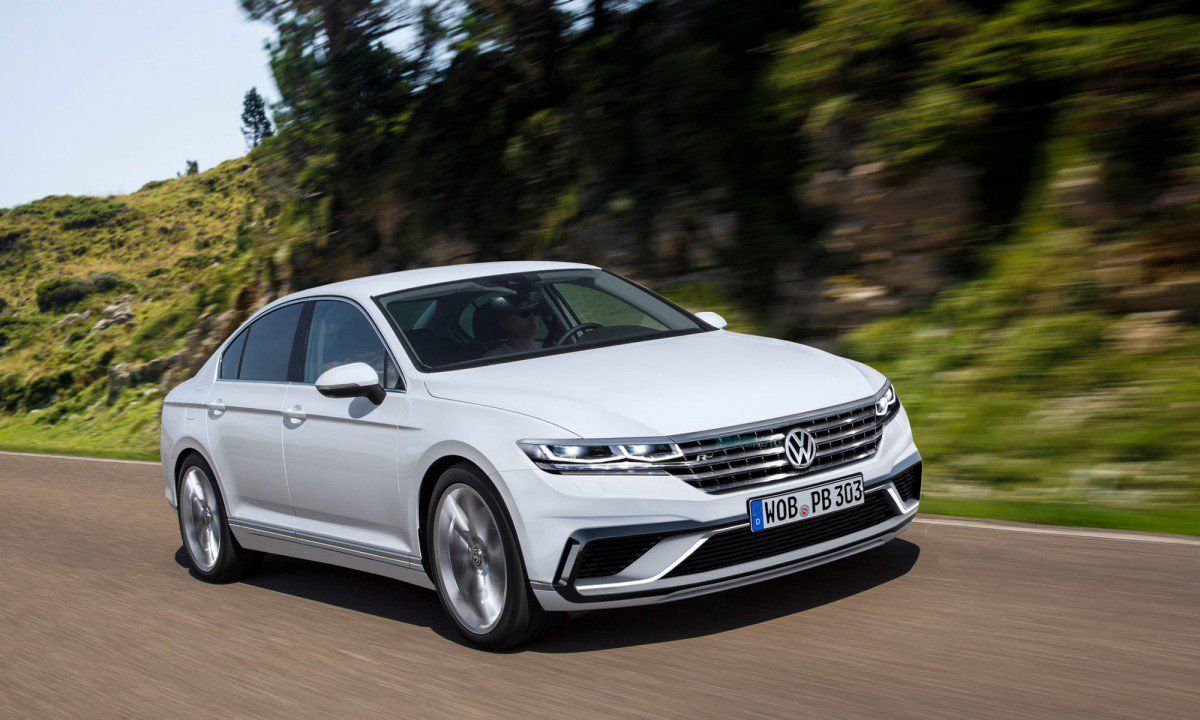 Advanced driver assist features, advanced communications between cars and intelligent infrastructure (through pWLAN) plus a focus on better hybrid performance, as well as cleaner engines, these are just some of the features we can expect from the B9 Passat. 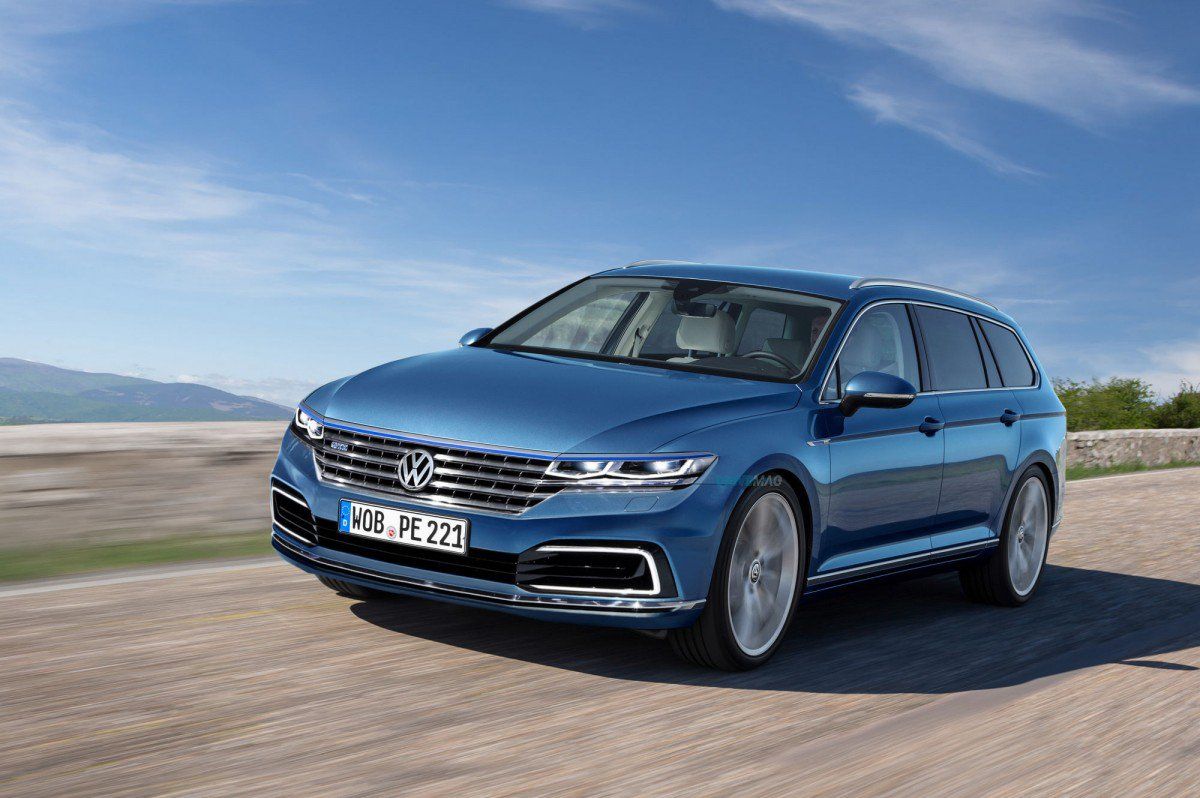 As for the B10, it will be much lighter than the B8/B9, because there are some competitors that shed a lot more weight than the B8 managed to do, it will most likely keep the transversal engine architecture from the MQB and will bring gesture control, autonomous driving functions and a more upscale interior that would compete directly with the premium segment.

volkswagen passat passat b5 passat b6 passat b7 vw car history passat b9 passat b10
By continuing to browse the site, you are agreeing to our use of cookies. Read more.
I Agree