Creating a list with the most beautiful cars ever made is not an easy task. Especially when tastes differ, and you have to select only a handful out of dozens of incredible designs.

But here we are, with a list that could at least serve as an introduction to the vast field of automotive beauty. Part of a series that will go through almost a century of automotive art, the current list starts with the cars that saw the light of the day before World War II. And what an incredible time was this for beautiful cars! 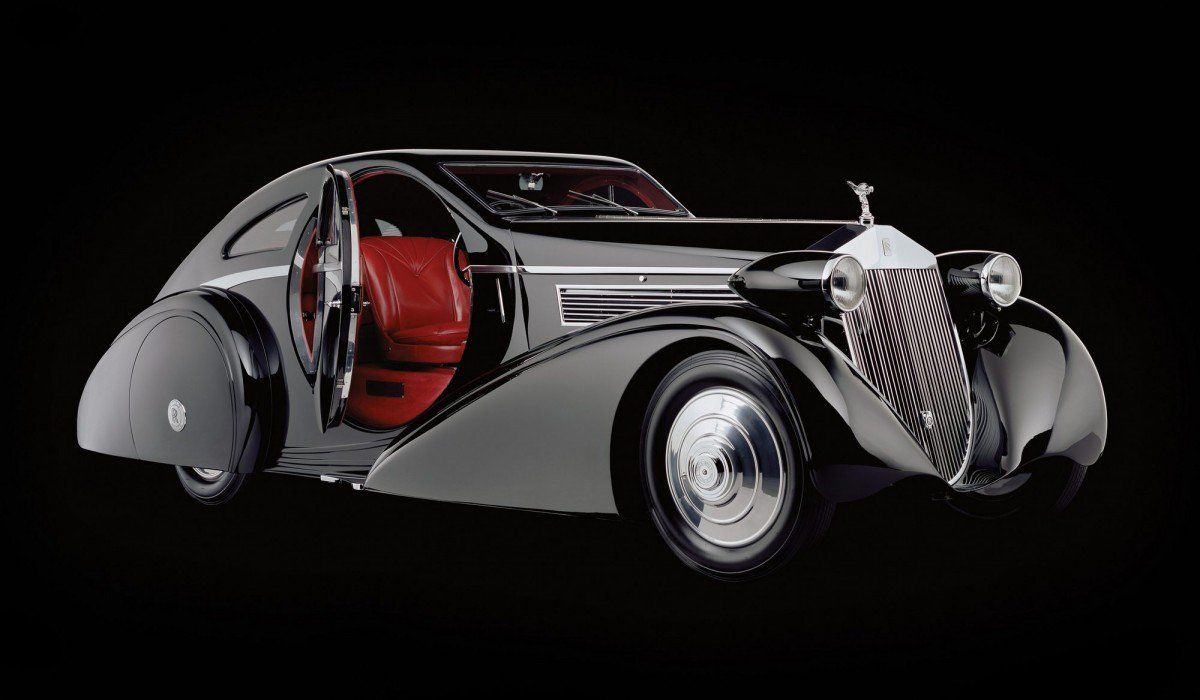 Jonckheere Carrossiers of Belgium were the unlikely choice for building a Rolls Royce Phantom I body, perhaps because they were specialized in buses and trucks, not necessarily in luxury cars. But what they did is one of the finest examples of Phantom I cars ever made. With a 7.7-liter engine under the bonnet, this Phantom I started off as a Hooper Cabriolet but was transformed by Jonckheere in an Art Deco masterpiece. It won the 1936 Prix d'Honneur at the Cannes Concours d'Elegance, but then found its way to the US, where an East Coast entrepreneur covered it in gold and displayed it in malls for the paying rednecks to enjoy. Luckily, its current black form dates back to the 2000s, when it was acquired by Peterson Automotive Museum and restored to classic beauty. Bugatti Type 35 is one of the most successful racing cars in history, with more than 1000 wins, from the Targa Florio to the Monaco Grand Prix. The 35B had a supercharged 2.3-liter engine that developed 138 hp. A monster for that time. Regularly sold today for more than $650,000 at auctions, it has a simple yet immortal body, as any legendary racing car should.

What can you do one year before the markets come down crashing? You create one of the most expensive and powerful luxury cars in history, of course. Bought and driven by famous people like Al Capone, Greta Garbo, Clark Gable and many (extremely) rich people, the Model J was the pinnacle of luxury cars before World War II. Its 6.9-liter straight-eight engine produced 265 hp on the normal version and 320 hp on the supercharged SJ model. With an average current sale price of $1.5 million, it can reach up to $10.3 million for some special editions like the Murphy-bodied 1931 Duesenberg Model J (pictured) 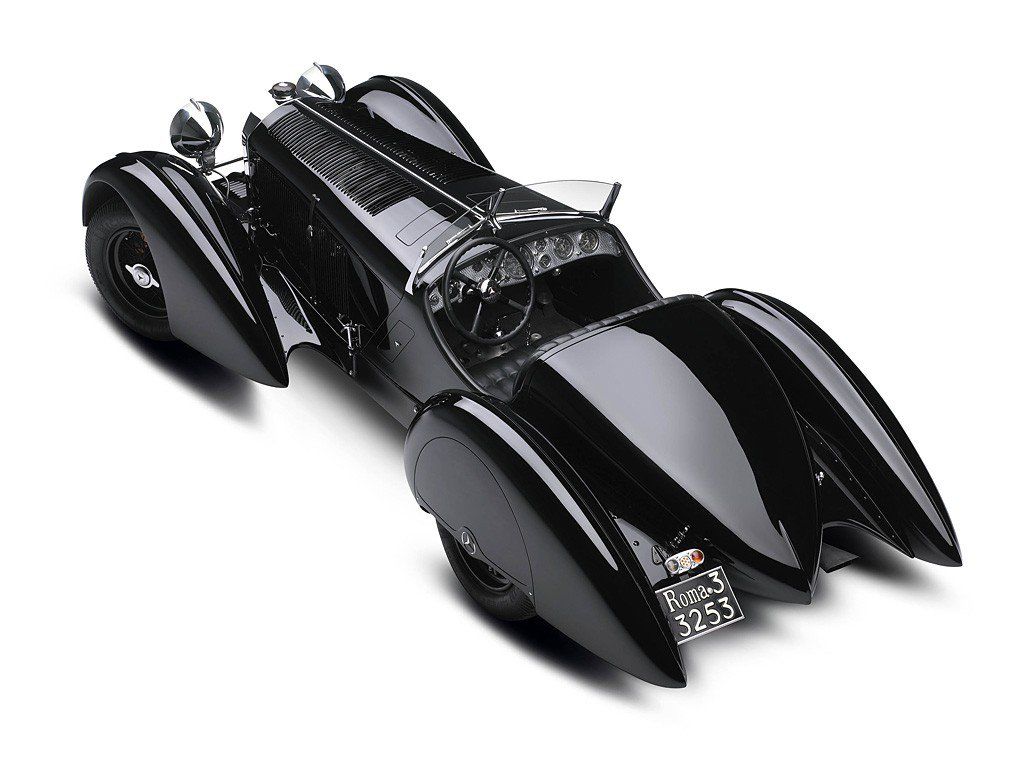 What can be said about a car that was ordered by one of the initial Ferrari investors, designed by Ferdinand Porsche and made by Daimler-Benz? Count Trossi, the future Ferrari President, loved this Super Sport Kurz (Super Sport Short) car made for hill-climbing and bought one after its competition days were over. With a body reworked by Willie White and an impressive 7.1-liter straight-6 engine under the hood developing 300 hp, the Trossi Roadster is one of the most exclusive cars in the world. Ralph Lauren really enjoys it in his collection. 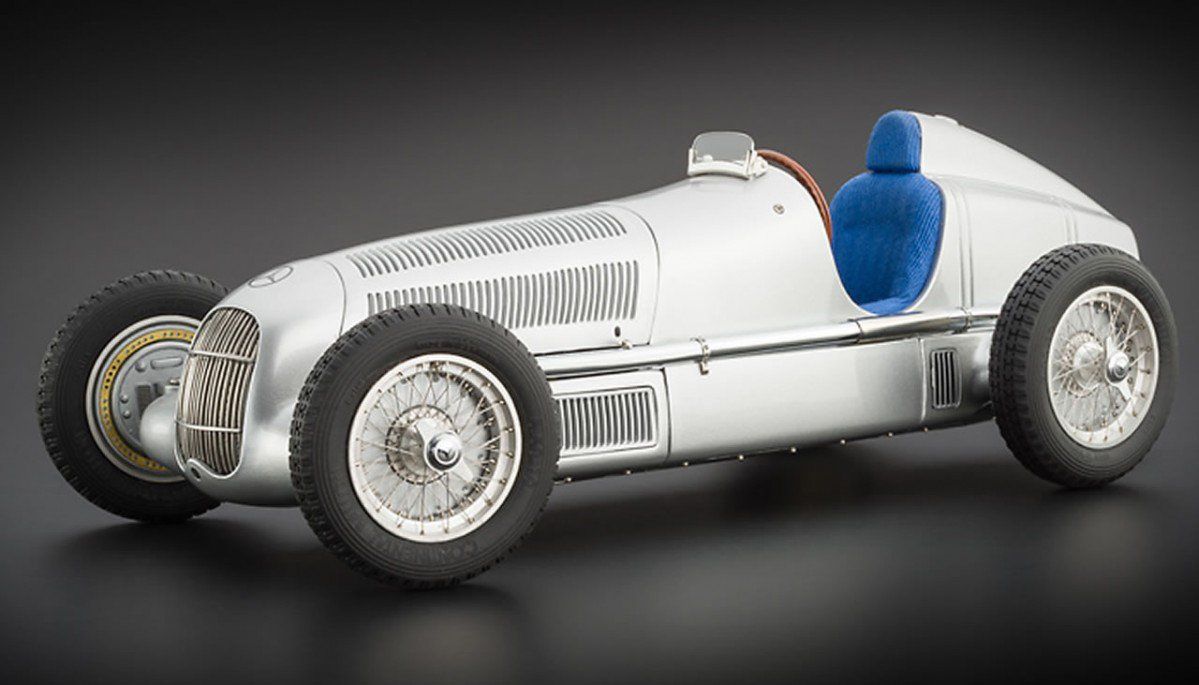 Yes, it's the racing car that replaced the Mercedes-Benz SSK after Porsche's departure from Daimler. It wasn't as successful in racing as its engineers hoped for, but it still managed to take the Drivers' Championship in 1935 with Rudolf Caracciola at the wheel. Most important, its simple and perfect shape makes it one of the most iconic cars in history. 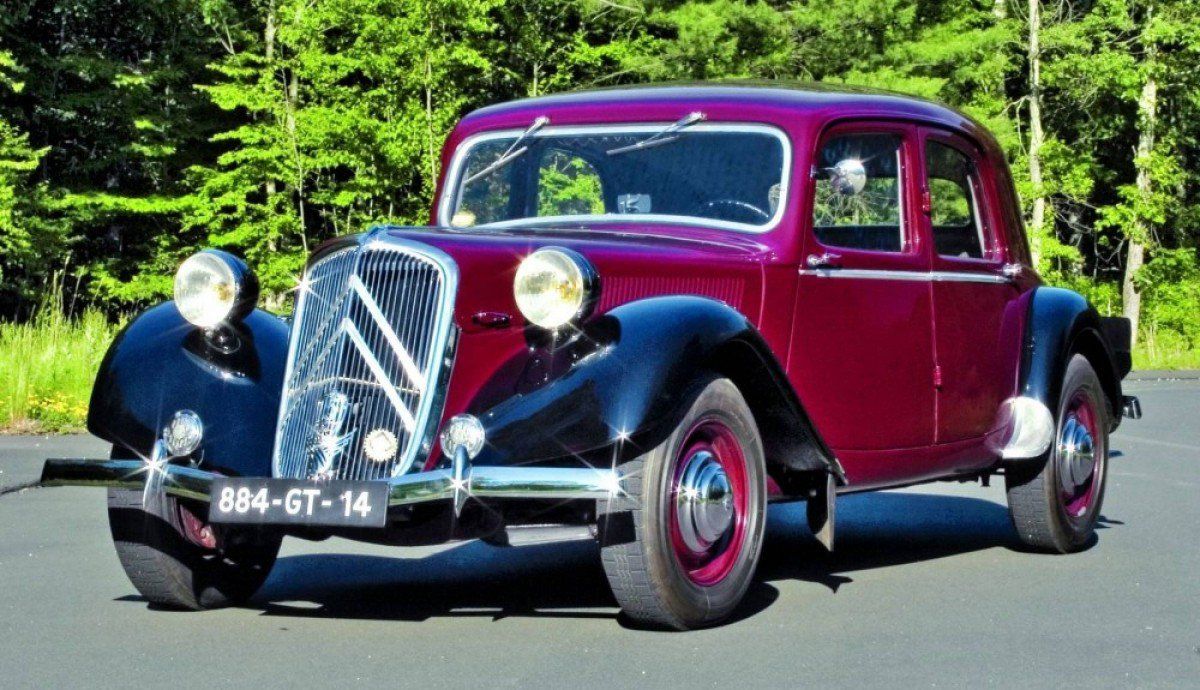 The first mass-produced car to feature front-wheel drive (hence the name), four-wheel independent suspension and an unibody, the Traction Avant is also important because its design inspired a generation. Designed by André Lefèbvre and Flaminio Bertoni (the guys who gave us also the 2CV and DS), it was one of the most successful executive cars produced in Europe between 1934 and 1956 (759,111 units). We should also mention the introduction of a hydraulic self-levelling suspension in 1954, later seen on the legendary DS as well as many other luxury cars. You can really afford one, as prices hover around $30,000. The Auburn Speedster is one of the first true American sportscars. Big, supercharged and very fast in the straight lane, it was a glimpse of what would come two decades later. Its design was perfected by Gordon Buehrig from Duesenberg, with fluid and aerodynamic lines that make it look like a speeding boat. A water cooled inline-eight 4,6-liter engine developed up to 150 hp, allowing the Speedster to reach a max speed of 104 mph (167 km/h). Not on par with the European cars of its time, but still a very fast car.

Designed by Friedrich Geiger, a German designer who gave us automotive gems like the Mercedes-Benz 300SL Gullwing, Mercedes-Benz W113 "Pagoda" and Mercedes-Benz 600 limousine, the 540K Special was built in only 32 examples. If the six-seater convertible Special Saloon was built only for the Nazi commanders, the 540K roadster found its way even in the US. Sporting a supercharged 5.4-liter inline eight that developed up to 180 hp, it wasn't some of the fastest cars available. It was, however, one of the largest, most luxurious, and most expensive cars you could buy in the '30s. Today, you'd have to spend over $11 million to buy one. Another iconic racing car, the Auto Union Type C was born out of Ferdinand Porsche's dream to make a successful racing car that would beat Mercedes-Benz' W25 Silver Arrow. Based on the P-Wagen he designed, the 520-hp mid-engined Type C was financed by Hitler's money (as was the case with all the Silver Arrows), in a program that tried to advance Germany's high-speed automotive industry. Competition was fierce between Germany's two automotive titans, and the Type C managed to win the European Championship in 1936 and 1939 but was no easy match for their strong Mercedes-Benz competitors. 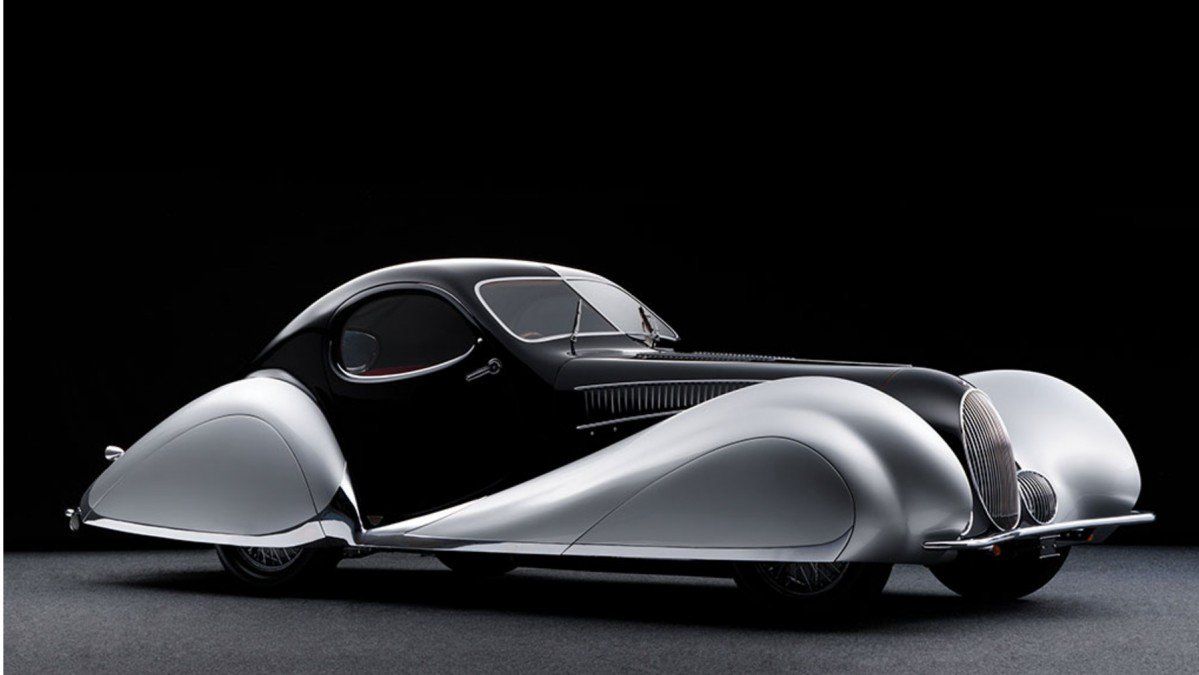 Without a doubt one of the most beautiful cars ever made, the Talbot-Lago Teardrop Coupé was designed by Giuseppe Figoni, one of the greatest French coachbuilders before World War II. The sheer definition of Art-Deco, the T-150C SS was nicknamed Goutte d'Eau (teardrop) because of its round shape and sensual curves. Not just a pretty car, though, as the Talbots of the era won many races, including the French Grand Prix of 1937. A stock Talbot Teardrop even competed at the 1938 24 of Le Mans race, placing third overall. You can auction one of these beauties at around $4,000,000. Why is the Type 57SC Atlantic one of the most expensive cars in history, valued at more than $40 million today? Well, first of all, it's a car that managed a top speed of 124 mph (200 km/h) in 1937 and was built in only four units, out of which only three continue to exist. Its supercharged inline-eight 3.3-liter engine developed 210 hp, and its aluminum and wood body meant the car was extremely light (953 kg), with more than 220hp per ton. Then, just look at it: it's the pinnacle of Art Deco design, made just two years before the outbreak of World War II. Jean Bugatti outdid himself with the Type 57SC, and history will register its creation as one of the most beautiful cars ever made, popping up in every top 10 one could possibly make. 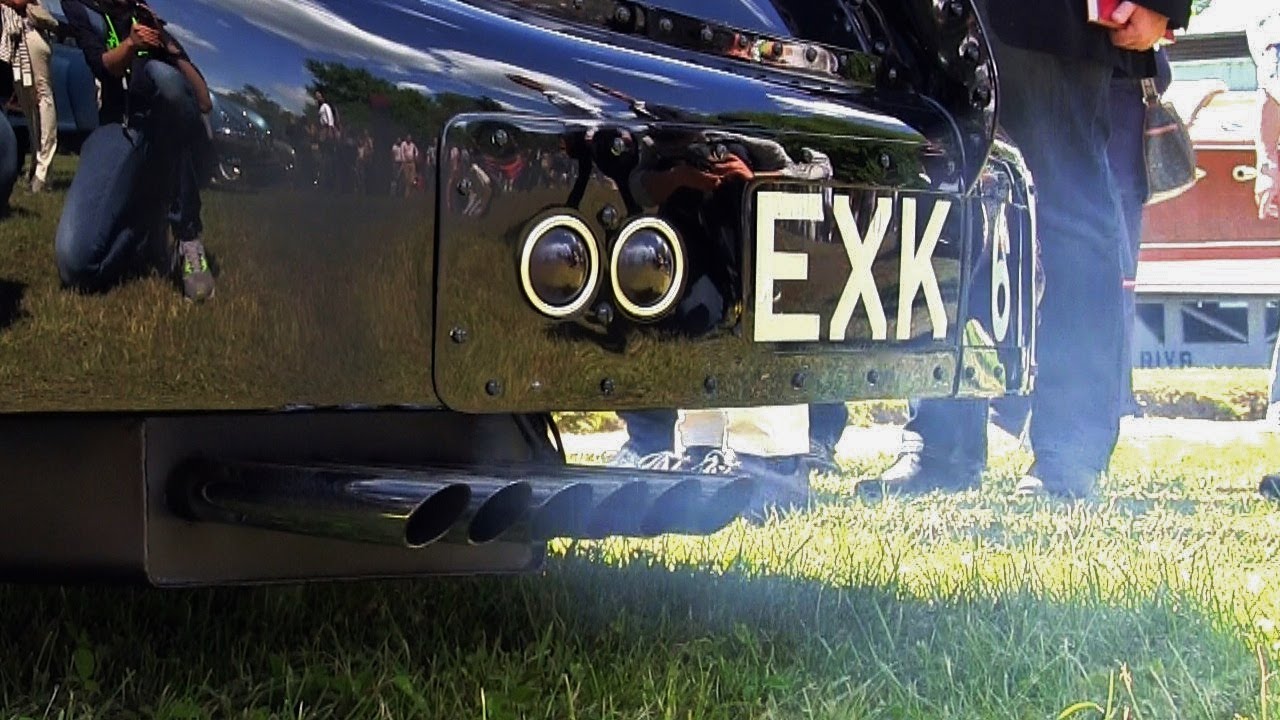 Three Alfa Romeo 8C dominated the podium at the 1938 Mille Miglia race, the first two of them being the 2900 B Spider variant of the Alfa Corse team. The 8C 2900 B was based on the legendary Alfa Romeo 8C created in 1930 by Vittorio Jano, the man behind some of the most successful engines developed for Ferrari, Alfa Romeo and Lancia. Only four Mille Miglia variants were made, with the Touring bodywork being an impressive complement to the 225-hp supercharged 2.9-liter straight-8 engine that animated the car.

Do you have a favorite from these two decades? Let us know in the comments below.

Here we have a list of the most beautiful cars of the 1940s.

classic cars car history car design beautiful cars
By continuing to browse the site, you are agreeing to our use of cookies. Read more.
I Agree