The most beautiful cars of the 1940s

Best looking cars in the rough war and post-war years

The 1920s and the 1930s were wild and full of remarkable creations. Would the 1940s bring that design revolution everybody hoped for?

Unfortunately, when the world descended into World War II madness, civilian cars production halted almost everywhere. From 1940 to 1945, few countries continued to develop or produce civilian cars and focused on creating all sorts of death tools like tanks, armored vehicles or all-terrain cars and trucks that could deliver soldiers and weapons where they were needed.

In the post-war years, the US took the lead, even if it still needed at least two years to restart its car production. The first models copied the design of the pre-war automobiles, and a lot of small car companies tried to fill the void left by the big carmakers. Towards the end of the decade, the first really interesting cars started appearing, but the design revolution was to begin in the crazy 1950s. Still, we have a list of the most beautiful cars of this decade, and here they are. The Streamliner was the kind of a car in which you wanted to be seen at the beginning of the turbulent forties. In fastback and wagon styling, the Streamliners used lots of chrome and wider bodies, with a low stance that's loved by car modders today. Production stopped in 1942 when all American car manufacturers switched to military vehicles but resumed in 1945, with the Streamliner coupe. 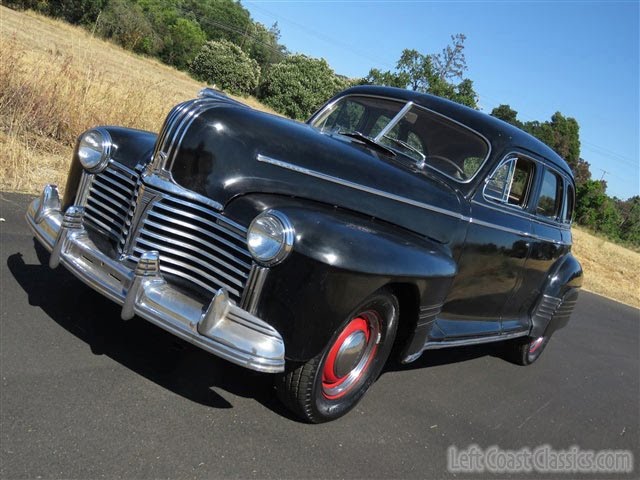 You can count on a French to invent something futuristic and full of joie de vivre during the worst years of the Nazi occupation of Paris. Paul Arzens tried to solve petrol shortages by going full electric, and the aluminum and Plexiglas car soon got the name of the Electric Egg. Weighing only 350 kg (771 lbs), l'Oeuf Electrique could travel 100 km at an average speed of 70 km/h. Oh, La La! 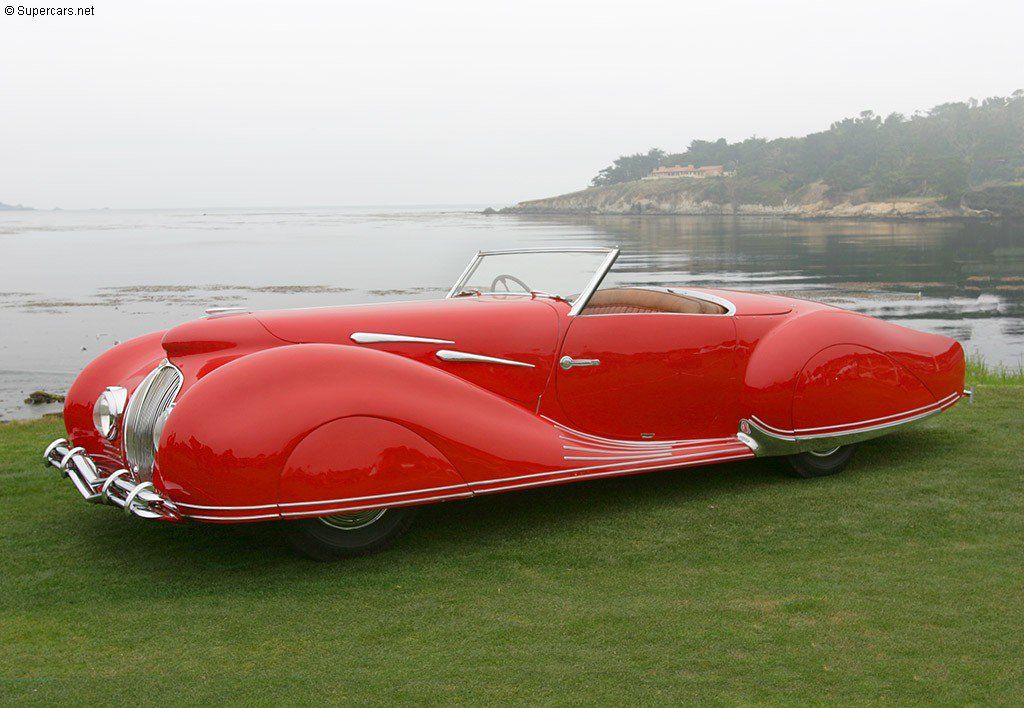 Giuseppe Figoni was one of the most renowned coachbuilders before the war, but perhaps his greatest creation came in 1946, just after WWII. This Delahaye Narval, named for a noble sea creature, was one of the just seven built for the Salon de l'Automobile de Paris of 1946. It's also arguably the most beautiful car of the forties. 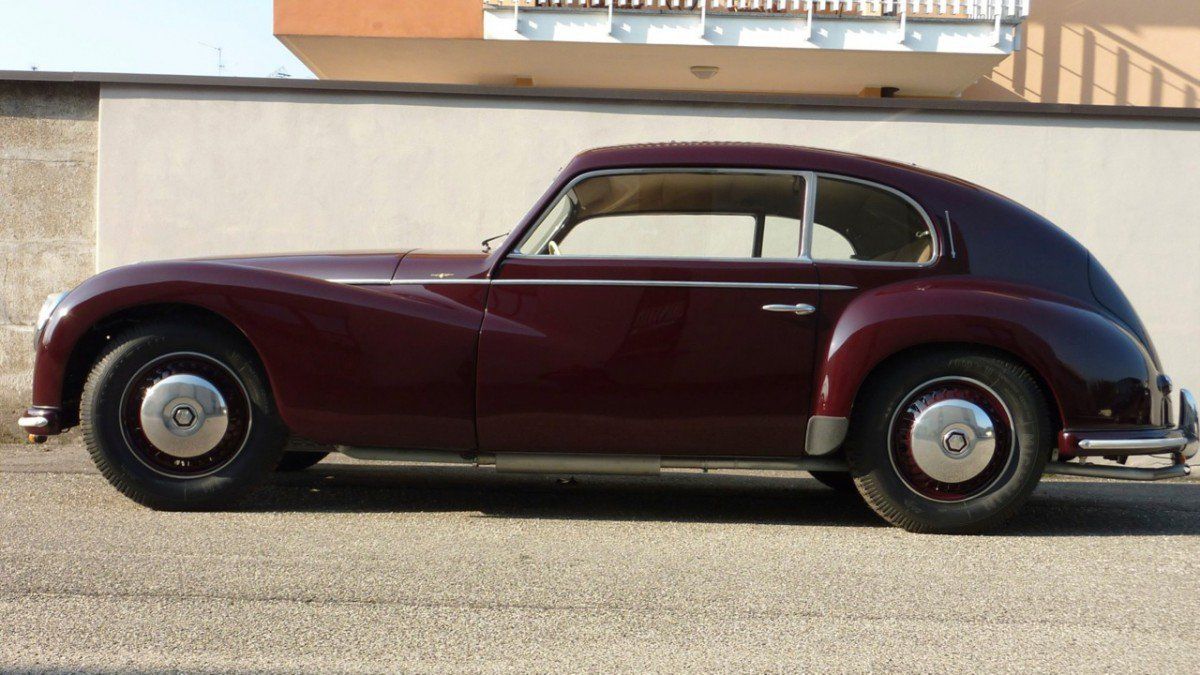 The first Alfa Romeo to be built after the war, the Freccia d'Oro (Golden Arrow) was a 5-seat Berlina with a 2.5-liter, 6-cylinder engine (hence the 6C name) that developed 90 hp and allowed it to reach a top speed of 155 km/h (96 mph). Only 680 were made, and it seems the Mafia really loved them. One Freccia d'Oro featured in The Godfather in 1972 (the car that exploded was a replica, though). Standard Motor Company started designing this car when the WWII wasn't even finished, as the Brits wanted to return to their luxury habits as soon as possible. Built entirely from aluminum using rubber presses that used to make panels for bombers, the 1800 Roadster wasn't so sporty, after all. The 1.5-liter engine managed a 0-100 km/h (0-60 mph) sprint in 34.4 seconds and reached a top speed of 121 km/h (75 mph). P15S Deluxe and P15C Special Deluxe were back on the assembly lines in October 1945, with many differences from the pre-war cars. Both have a classic design that gets even more beautiful as time passes. The 1500 Gran Turismo was first revealed at the 1947 Geneva Motorshow. With a Pininfarina body, the first post-war Maserati hinted to the late Alfieri (the A6 code for the engine), but the 1,488 cc engine developed only 65 hp, a far cry from the pre-war Maseratis. Nevertheless, it could reach a top speed of over 150 km/h, which was decent at the time. In 1946, Sir Sydney Allard decided to use spare parts and engines left over after the war and build an affordable roadster. The Allard K1 was born. Many of the owners provided the engine, but you could often find an 85 hp Ford V8 under the bonnet,  allowing the car to reach speeds up to 86 mph (138 km/h). 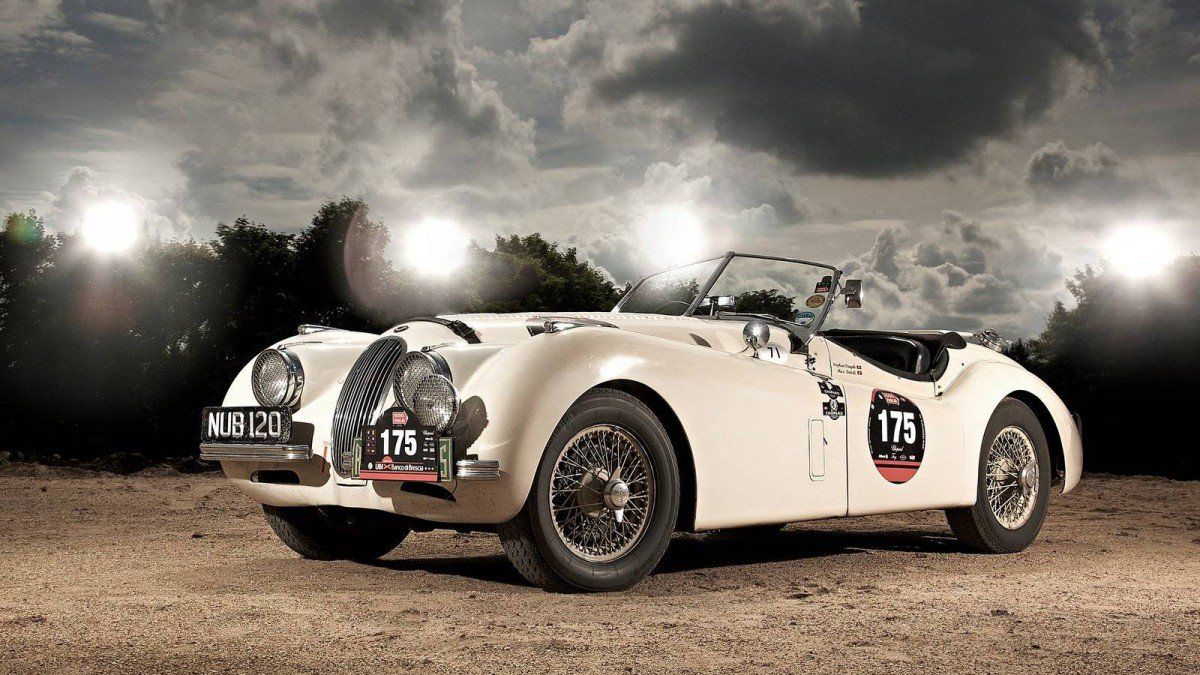 Jaguar's first sports car after the war, the XK120 Roadster was one of the most successful roadsters sold at the end of the forties. With a 3.4 L XK inline-six engine under the hood and an aluminum body, the XK120 managed to dominate opponents on the road and at the track. Maximum speed exceeded 132 mph (212 km/h). 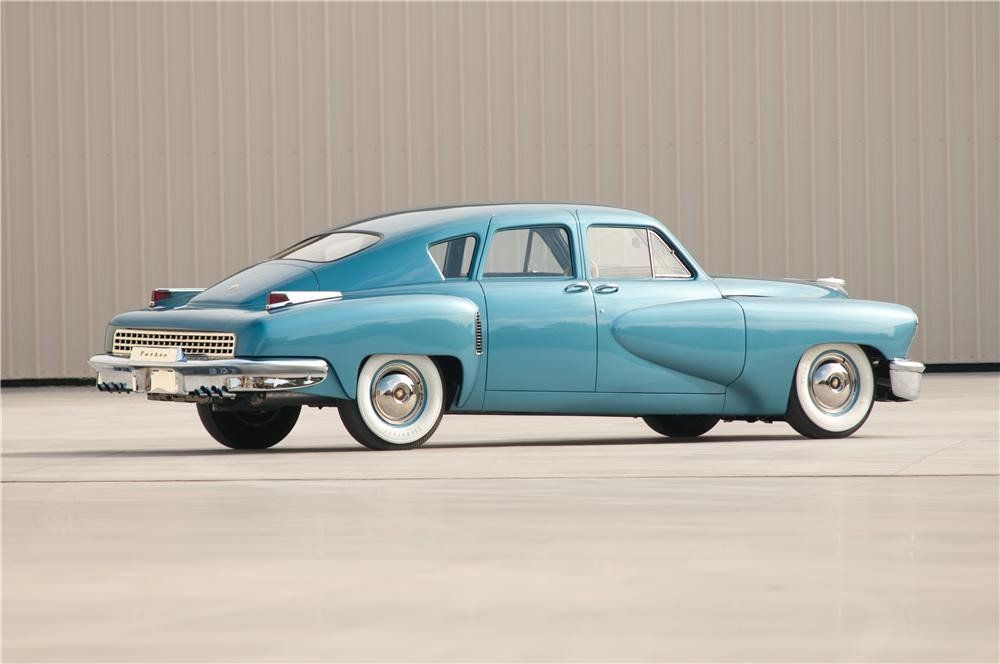 Today, you have to pay almost $3,000,000 for a Tucker Torpedo in mint condition. There's a reason for this: only 51 examples were made between 1948 and 1949, and it's extremely difficult to find one of the remaining 47 vehicles. But the Tucker Torpedo also had some innovations: a third directional headlight (The Cyclops Eye") that lit up if you steered the car by more than 10 degrees, a rear-mounted engine, disk brakes, fuel injection and a padded dashboard were all things difficult to find together in a 1948 car. Not to mention the 0.27 drag coefficient! This is a legendary car, the first proper sports car made by Enzo Ferrari under his own name. The custom coachwork comes from Carrozzeria Touring of Milan, and only 25 examples were made. Of course, it competed in the 1951 Mille Miglia rally and can raise over $2 million in today's auctions. Another legendary automobile, the 356 is the first production car made by Porsche (the company). Designed by Ferdinand "Ferry" Porsche, the son of Ferdinand Porsche, and Erwin Komenda (father of the Beetle's design), the 356 sported a 4-cylinder, air-cooled rear engine and an all-aluminum body (changed to steel later on). The rear-wheel car had, at first, a 1.1-litre engine, but eventually received 1.3 and 1.5-litre engines that helped it win the hearts of automotive enthusiasts - and a lot of races. The most modern American car to see the light of day in the forties was born in 1949. Integrated fenders, a forward-mounted engine, independent front suspension, a modern drive shaft - all were introduced at the same time on this car and would appear and be perfected in the fifties. The split windshield was the only reminder that this car came from another era. Cadillac Series 62 was the quintessential '40s car, alongside the Buick Super, the Roadmaster and the Oldsmobile 98. All shared the C-body platform and crossed the war years with little changes to their styling. On the third generation, launched in 1949, lots of chrome, an oversized grille, a pillarless coupe version and the appearance of tailfins were the signs of things to come.

And what came were the amazing fifties. About them, in our next article.

cadillac classic cars american cars 1940s plymouth beautiful cars
By continuing to browse the site, you are agreeing to our use of cookies. Read more.
I Agree