It's a feature Lexus RX customers have long been waiting for

In a market where three-row SUVs are becoming increasingly popular, Lexus has finally decided to join the bandwagon with a stretched version of its popular RX model.

It's called the RX L, and it offers six or seven seats and increased cargo capacity. Compared to the standard RX, the 2018 RX L is 4.3-inches (110-mm) longer, but the extra length doesn't come from the wheelbase, which remains identical. Instead, Toyota's luxury arm extended the body length at the rear and used a steeper tailgate window angle than on two-row models to make sure third-row passengers enjoy good headroom.

The 2018 Lexus RX L offers seven seats as standard, with a 40/20/40 split second-row bench seat. Access to the third row is done via a lever that slides and folds the second-row seat forward. Lexus also offers an available six-seat configuration that brings second-row captain's chairs that are both more comfortable and improve third-row ingress/egress. Lexus claims the third-row seats offer the same comfort and luxury as the middle row. For example, the second-row seats are positioned higher than the third-row seats to create more legroom for rear passengers. Third-row seat occupants also have their separate climate control area with heating and air conditioning vents, as well as two cupholders.

To improve comfort, all Lexus RX L models come with a power-folding third-row seat and power tailgate as standard. 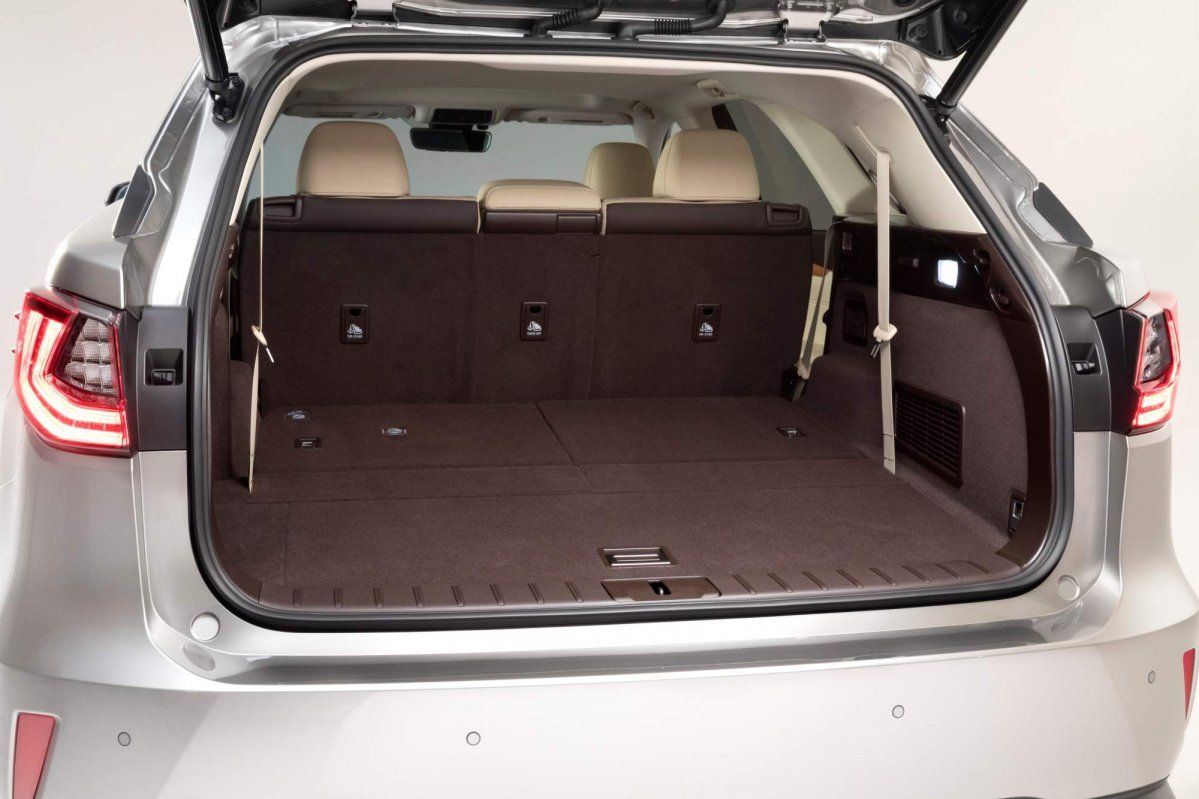 Fortunately, the added practicality doesn't come at the expense of styling. Lexus designers have managed to replicate standard RX's floating-roof design of the C-pillar, making the RX L hard to distinguish from the shorter model.

The 2018 RX L offers two engine choices: the RX 350L and the RX 450hL. The 3.5-liter V6 mated to an eight-speed automatic transmission delivers 290 hp and 263 lb-ft (356 Nm) of torque in the RX 350L, which is available with front-wheel drive or optional Dynamic Torque Control All Wheel Drive. As for the hybrid model, it pairs a 3.5-liter V6 with two high-torque electric drive motor-generators, producing a combined system power of 308 hp. One of the electric motors drives the rear wheels, allowing for standard AWD.

In search of a more spacious premium SUV? The 2017 Land Rover Discovery should do it for you.