The all-new Audi A8 launched last year with just two powertrains: a 286-hp 3.0-liter V6 TDI (marketed as the 50 TDI quattro) and a 340-hp 3.0-liter V6 TFSI (55 TSI quattro). Both are fairly quick luxury sedans, but they can't compare with competitor models that wear Mercedes-AMG and BMW M badges.

Well, fans of absurdly fast luxury sedans with unassuming looks need not despair because this is what Audi has in the pipeline: the all-new 2019 S8. 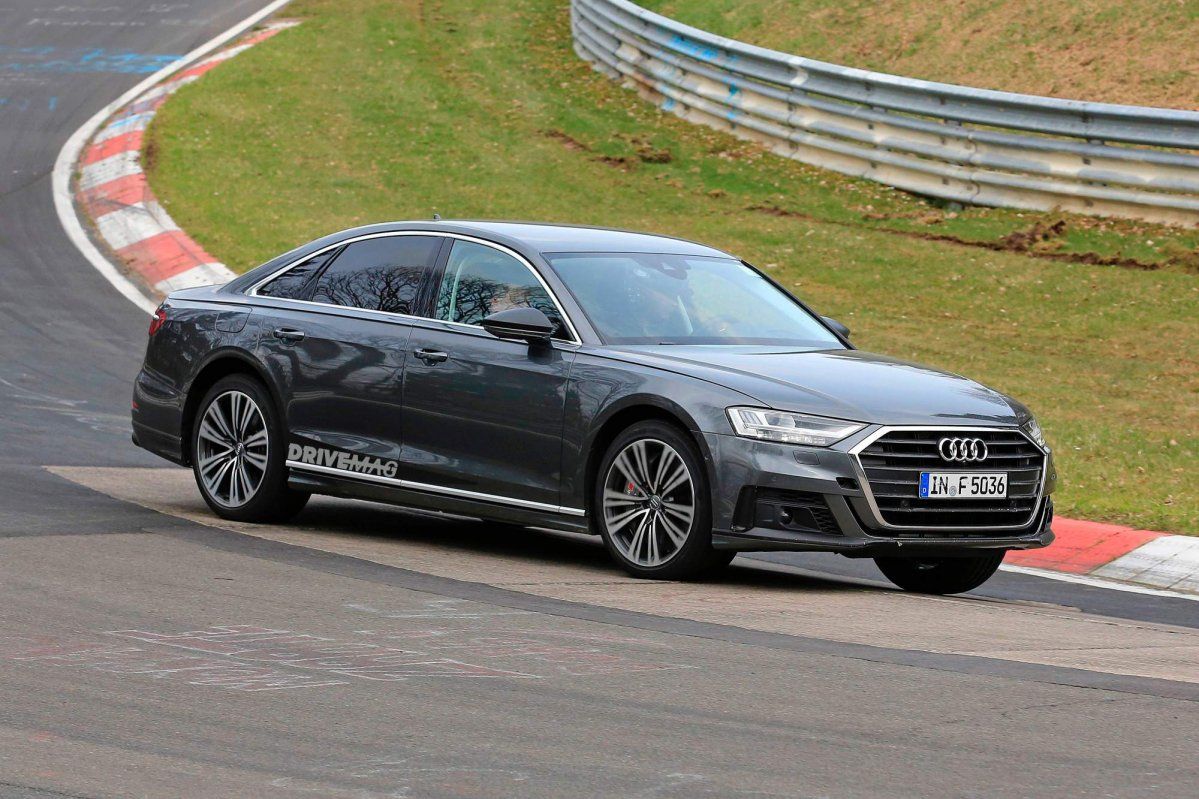 As you can see in these spy shots taken at the Nürburgring Nordschleife, the new Audi S8 is in the final stages of development, since the company doesn't even bother censoring its design. Maybe the reason for that is the S8 prototype snapped by our photographers wears an almost identical body kit to the standard A8 sedan.

After all, the Audi S8 has always adopted an understated look, with only very subtle details blowing its cover as a performance luxury sedan. That's the case with the 2019 model too, which boasts typical Audi Sport cues including the quad tailpipes, big alloy wheels, and slightly sharper bumpers and side sills. The body kit looks identical with the Sport Exterior Package available on the standard A8. We suspect Audi will add extra pizzazz to the production model, including the traditional chrome or black mirror caps with matching exterior trim, and S8 badging.

No significant changes will take place under the bonnet compared to the current S8, as the upcoming model will be powered by the same 4.0-liter twin-turbo V8 gasoline engine (share with a number of VW Group luxury cars), albeit in a more advanced state of tune. While in the outgoing model the eight-cylinder powertrain offered 520 hp in standard guise and 605 hp in "plus" form, the 2019 model should raise the stakes with a rumored output of 540 hp to 650 hp. Audi may also introduce an S8 e-tron plug-in hybrid, just as Porsche does with the mechanically-similar Panamera Turbo S E-Hybrid.

As always, the S8 will feature the quattro all-wheel-drive system as standard, with the engine hooked to an eight-speed automatic transmission. Expect the all-new S8 to debut later this year, possibly at the Paris Motor Show this autumn. 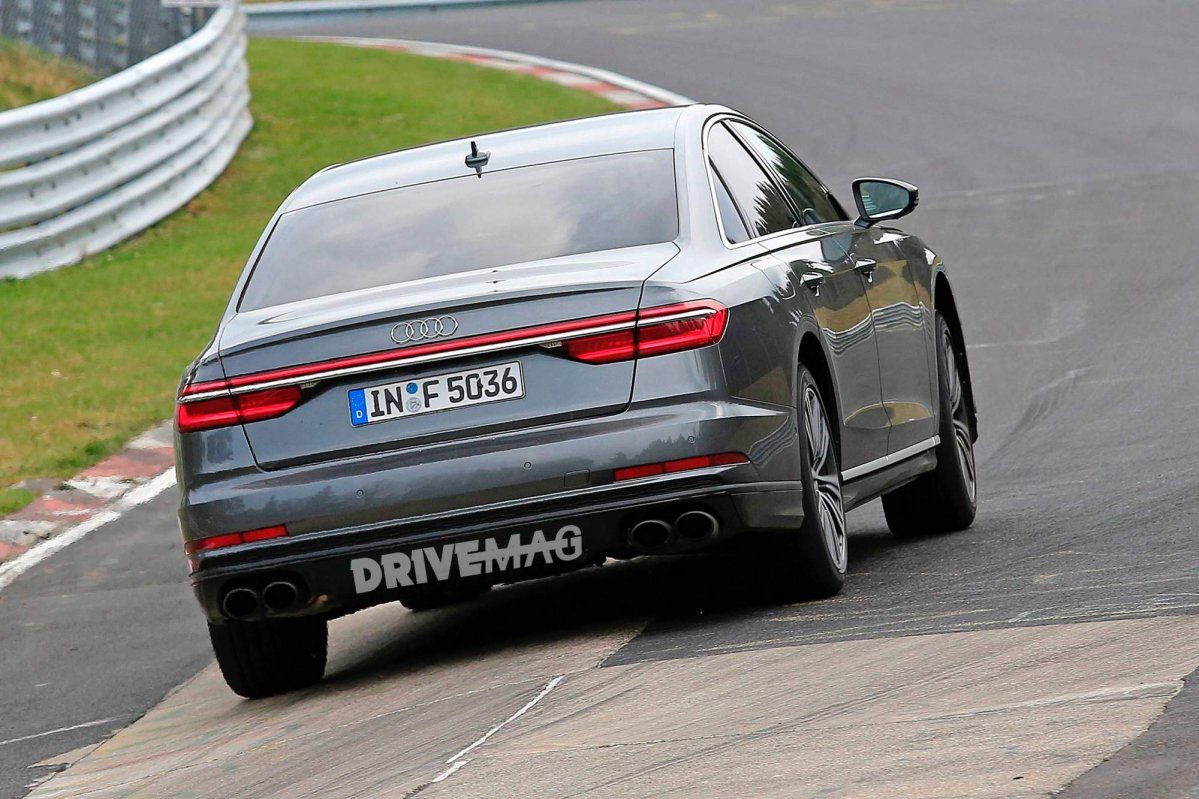