2019 Ford Ranger returns to the US with 2.3L turbo-four, FX4 Off-Road Package

It will be available a year from now in two body styles, three trim levels, and three appearance packages

The wait for an all-new Ford Ranger is over for American customers as the automaker has unveiled the latest version of the midsize truck at the Detroit Auto Show. Ford has decided to return to the midsize pickup truck segment because sales for this type of vehicle have increased 83 percent since 2014. 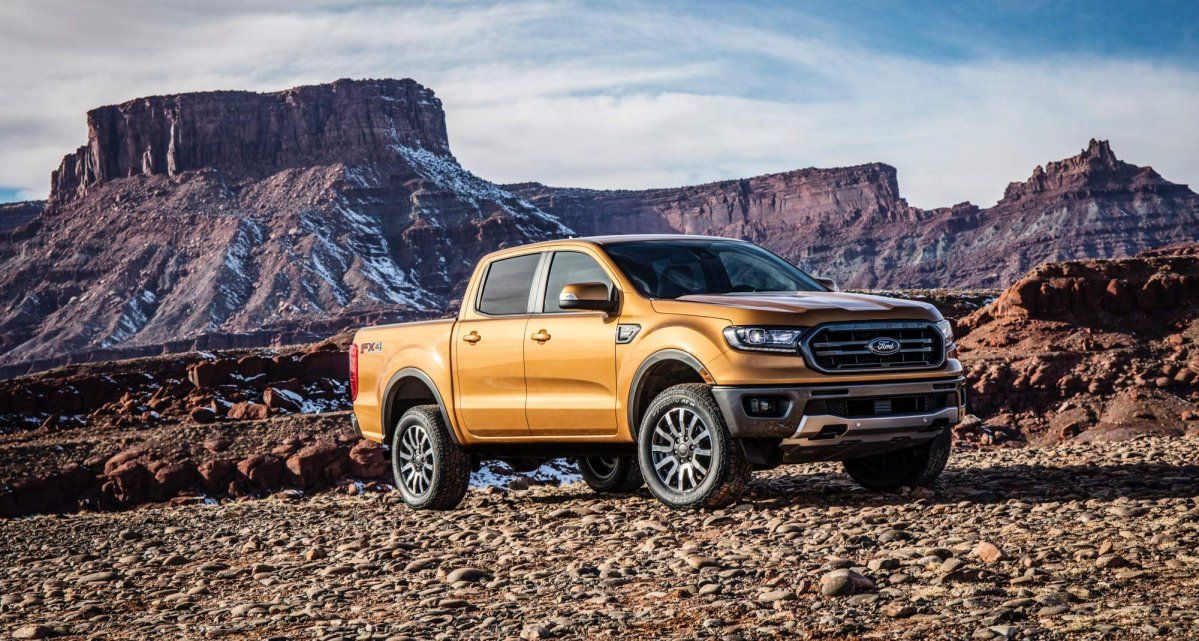 After seven years of absence, the Ranger will make a comeback to North America in early 2019 with an all-new body (not that new for European and Asian customers, though), high-strength steel frame backbone, a 2.3-liter EcoBoost turbocharged four-cylinder engine, and 10-speed automatic transmission.

Design-wise, the Ranger looks just like the prototype that was recently spotted in Thailand and not very different from the current model sold in Asia, Europe, and other markets. It does get available LED headlights and taillights, though.

Ford didn't make an effort to change the interior design either, with the US-spec Ranger featuring a very similar (some would say identical) dashboard to the EU-spec Ranger. It's got an 8-inch touchscreen display for the available SYNC 3 infotainment system (with Apple CarPlay and Android Auto compatibility), as well as LCD screens in the instrument cluster for vehicle, navigation, and audio information. The cabin offers room for up to five passengers in SuperCrew configuration. 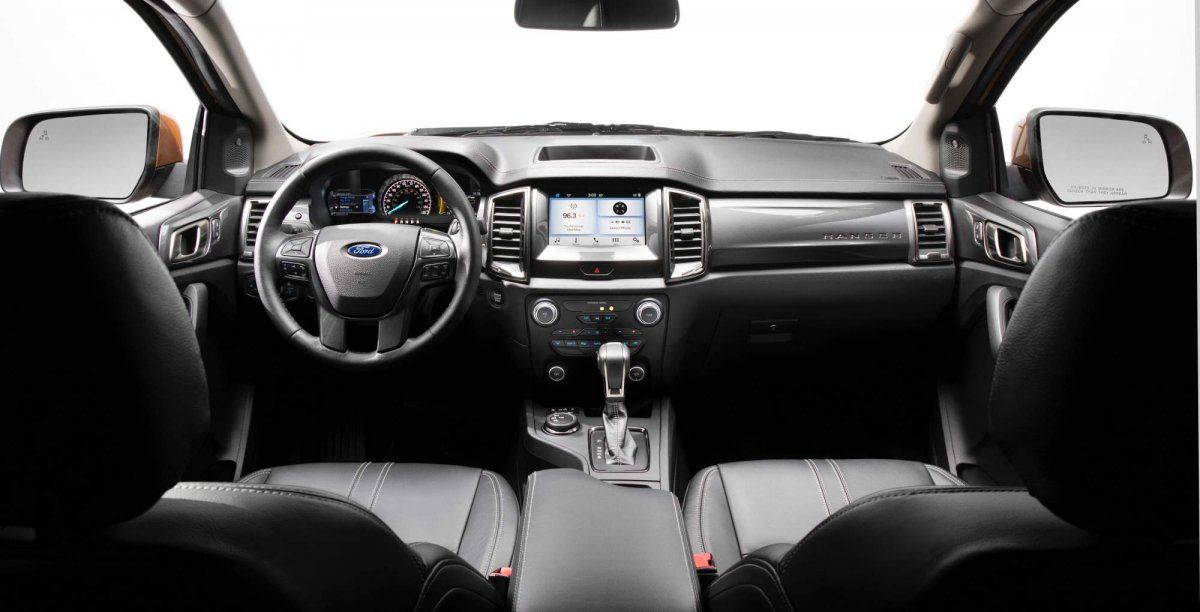 The automaker says the 2019 Ranger's chassis and powertrain have been developed specifically for North American truck customers. While no specs were revealed, the automaker claims the 2.3-liter unit offers torque comparable to V6 engines and the efficiency of a four-cylinder.

The 2019 Ranger will be available as a 2WD and 4WD model, with power distributed through Dana AdvanTEK independent front and solid rear axles. An electronic-locking rear axle is available (standard on FX2 and FX4) for increased all-terrain traction. Four-wheel-drive Rangers feature 2-high, 4-high and 4-low transmission modes. 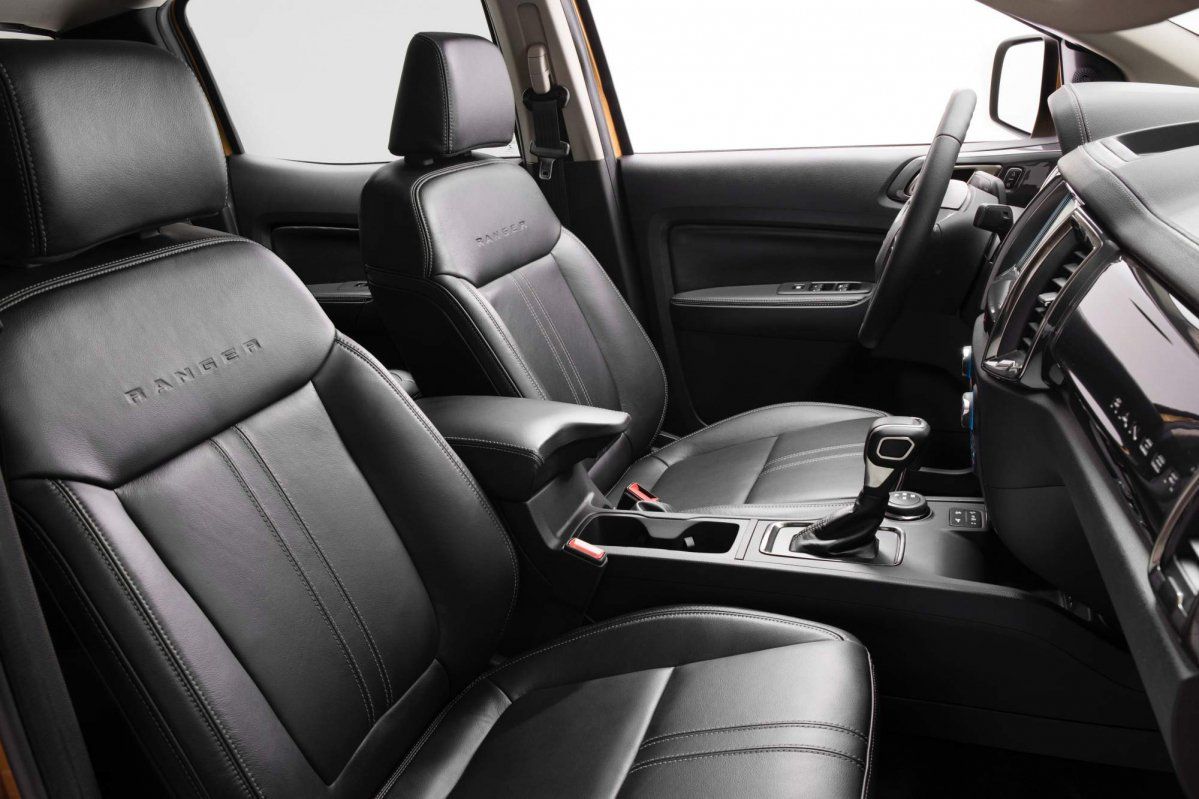 When it goes on sale a year from now, the Ranger will be available in SuperCab or SuperCrew cab configurations, and in entry-level XL, mid-level XLT, and high-level Lariat trim levels. Customers will also have the option of choosing from three available packages: Chrome, Sport, and FX2/FX4 Off-Road. 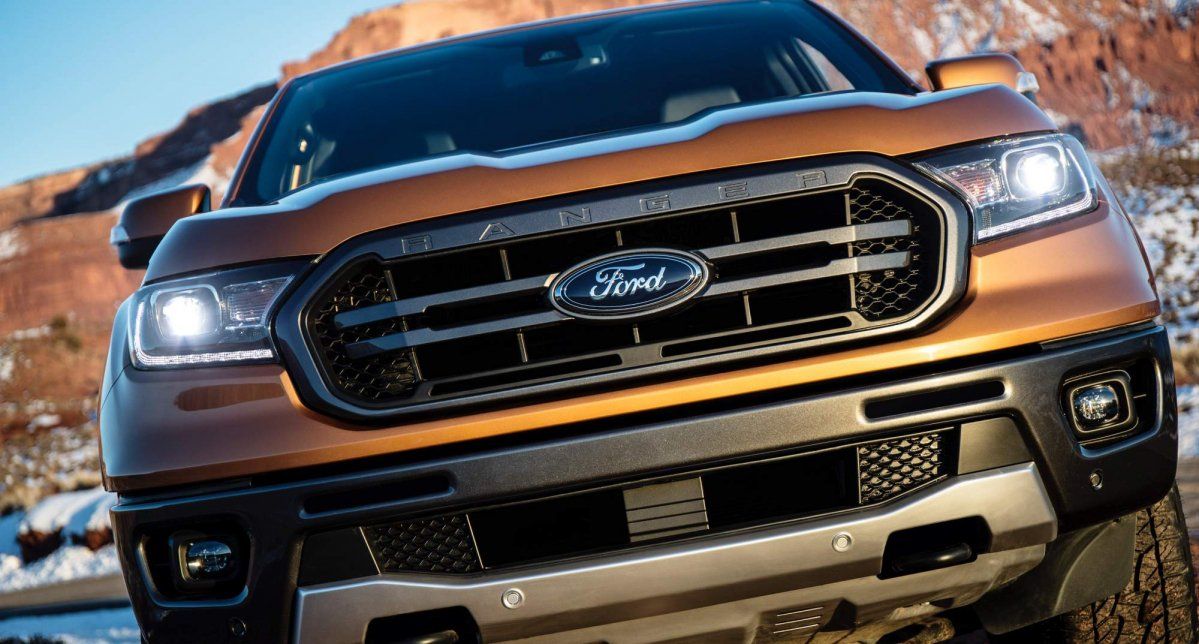 Furthermore, Rangers equipped with the FX4 Off-Road Package get a Terrain Management System similar to the F-150 Raptor's with four drive modes (normal; grass, gravel, and snow; mud and ruts; sand) for increased capability in all terrains. The package also includes Trail Control, which acts like a cruise control system for low-speed, rugged terrain.

Ford will start production of the 2019 Ranger at the Michigan Assembly Plant late this year, with the first deliveries expected early next year. No word on the Raptor version yet, but we know it's coming sometime in 2019.

Check out our review of the Euro-spec 2016 Ford Ranger Wildtrack right here.