This year's Geneva Motor Show brims over with spectacular supercars, hypercars, and concept vehicles but there are also some hidden gems on display. This 1984 Jaguar XJ6 Series 3 "Greatest Hits" is certainly one of them. Built by Jaguar Classic for Iron Maiden drummer Nicko McBrain, it's a restomod project that kicks-off the XJ's 50th-anniversary celebrations in 2018. McBrain's 1984 XJ6 Series 3 sports a series of custom touches inspired by all five decades of XJ production and by the musician's heavy metal heritage.

Building the "Greatest Hits" XJ took more than 3,500 man-hours of work, with more than 4,000 parts refinished, replaced or redesigned. At the owner's request, the classic commission also incorporates significant modifications to the exterior, interior, drivetrain, and suspension. Looks-wise, the cabin was re-trimmed in Pimento Red leather with black piping and embossed headrests, combined with a black hand-crafted carpet and Alcantara headliner. The dashboard features Dark Grey stained Sycamore veneer, which happens to be McBrain's preferred material for snare drums. Adding to the XJ's charming interior are the drum kit-inspired pedals finished in chrome and black, and the custom three-spoke sports steering wheel with the drummer's unique mascot, the "Eddie Growler," in the center. For reduced noise inside, the car also features modern door sealing and additional sound deadening. Furthermore, the seats gain modified foams for improved comfort. Moving on to the mechanical stuff, the "Greatest Hits" Jaguar XJ6 packs several reconditioned parts from the original car, chief of which is the 4.2-liter inline-six engine with three 2-inch SU carburetors. The engine exhales through a specially-designed exhaust system featuring machined quad-exhaust tailpipes.

No specs are available, but Jaguar says the car also features an uprated suspension with adjustable rear dampers. 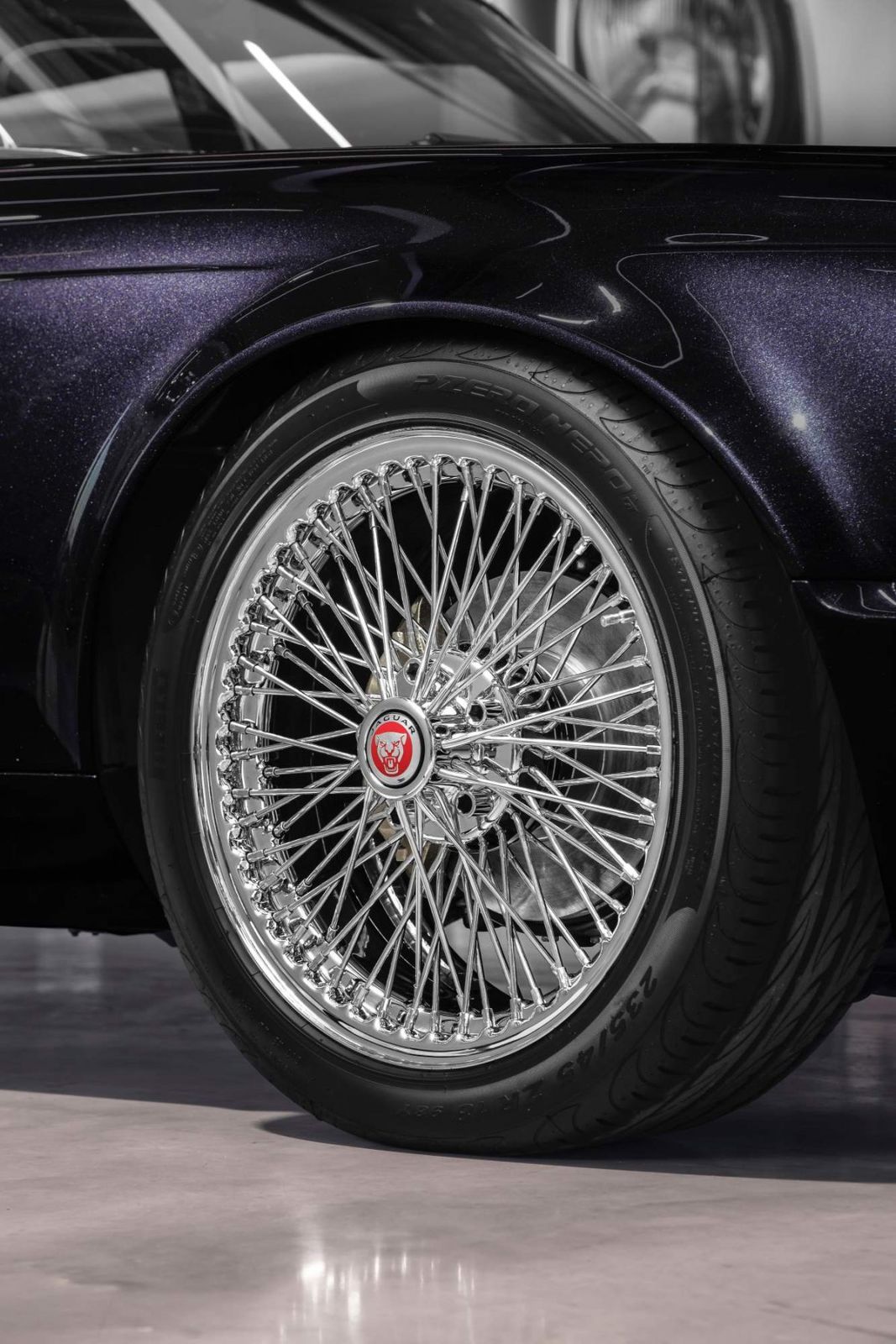