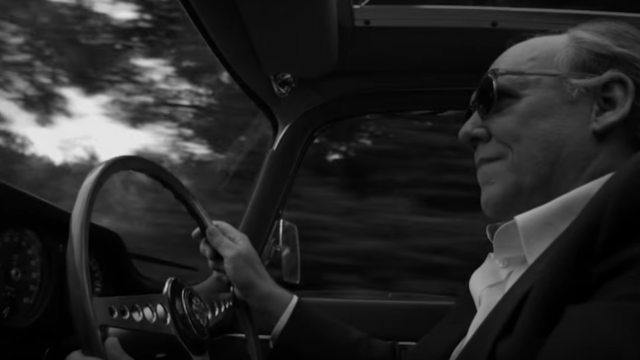 You may have noticed all recent Jaguars are very pleasing to the eye, enticing the viewer to appreciate proportions and simple lines. Vulgar detailing is kept to a minimum, and it’s clear whoever was behind this design direction likes to wow with subtlety, instead of trying to cram as much into view as possible.

Modern Jaguars are like that thanks to Ian Callum, the old school design boss behind the Tata-owned automaker’s refreshed image. He joined the company in 1999, after penning such design classics as the Aston Martin DB7 and Vanquish, as well as several Fords (Escort Cosworth, RS200, Puma).

However, his previous experience pales in comparison to what he’s been doing at Jaguar. Here, he’s been helping reshape preconceptions about the brand with his aim to create something overtly modern, while at the same time evidently rooted in the philosophy instilled into the company by its founder, Sir William Lyons.

In the (official Jaguar) video posted here, Callum explains his desire to channel “Mr. Jaguar’s” ethos in the present day, why that’s important and how it affects the finished product. The video is truly inspirational, especially for up-and-coming designers, although it can be enjoyed even if you’re not a major car bore like us.