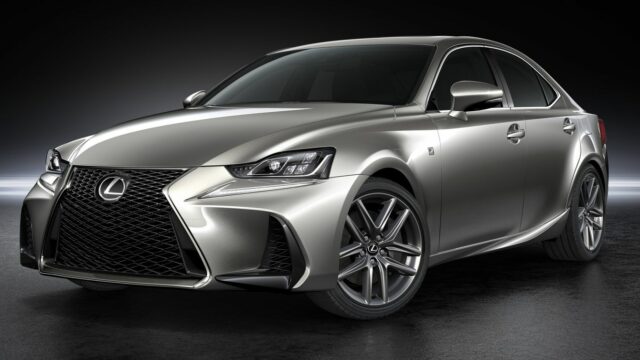 Introduced in 2013, the Lexus IS midsize luxury sedan has received its first makeover

Unveiled at the Auto China 2016 show in Beijing, the 2017 Lexus IS does not bring significant changes, though – at least not from a design point of view. The most notable update concerns the front end, which has received new headlights, larger air intakes in the front bumper, and an evolution of Lexus' spindle grille.

You may not notice it, but Lexus says the engine hood has been reshaped as well. The side view looks the same as before while the rear end gets a more pronounced, triple-layered L-shaped LED light signature, as well as new rectangular chrome exhaust tips.

Inside, Lexus has added a new multimedia display that has grown from 7 inches to 10.3 inches and is said to offer a clearer image. "Enter" buttons have been added to the sides of the Remote Touch Interface (RTI) on the center console. Other changes include a slightly revised lower center console that fits within the knee bolsters, new colors for some markets, new cup holders, a refined speedometer and tachometer, and new stitching on top of the meter hood.