New York's Times Square is a place where car enthusiasts can admire fast and expensive cars, and the past weekend was no exception. An unidentified bystander, who was on the scene to film some supercars, got more than he bargained for when he caught on tape a previous-gen Mercedes-AMG C63 doing a rolling burnout.

While that's a stupid thing to do in traffic, we'll admit these things tend to happen when supercar owners meet. However, what followed was out of the ordinary and very dangerous at the same time. The fuming black Mercedes with New York tags caught the attention of a police officer, who posted himself in front of the car and stopped it for a few moments. 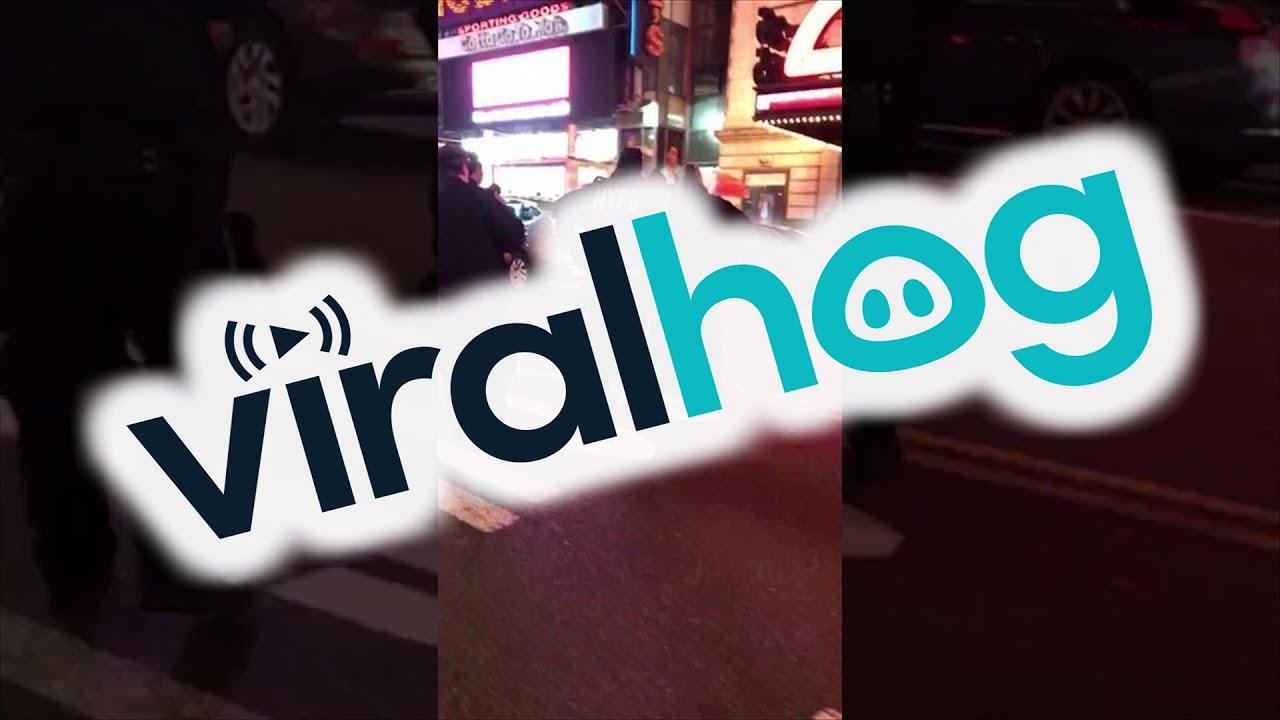 The driver wasn't in a mood to get fined, however, so he attempted to flee the scene with the risk of running over the cop. Thankfully, the courageous officer avoided that, but the reckless driver made an escape through the busy traffic, hitting a few cars in the process.

The perpetrator hasn't been found yet but chances are he'll be tracked down soon, given how many surveillance cameras are in downtown New York City. Obviously, if you can provide some information about the driver, your help will be much appreciated.

Now check out this high-speed police chase from Germany that ends with an apprehended suspect and some colateral damage.