We are now only days away from the world debut of the all-new 2019 Mercedes-Benz G-Class at the Detroit Auto Show.

Since we've already seen the first official photos of the new off-roader's interior, the automaker has released new exterior images along with some impressive specs. Don't get too excited, however, because the photos show the car covered with camouflage tape. It's not like the new G-Class looks very different to the current model anyway, at least not on the outside. 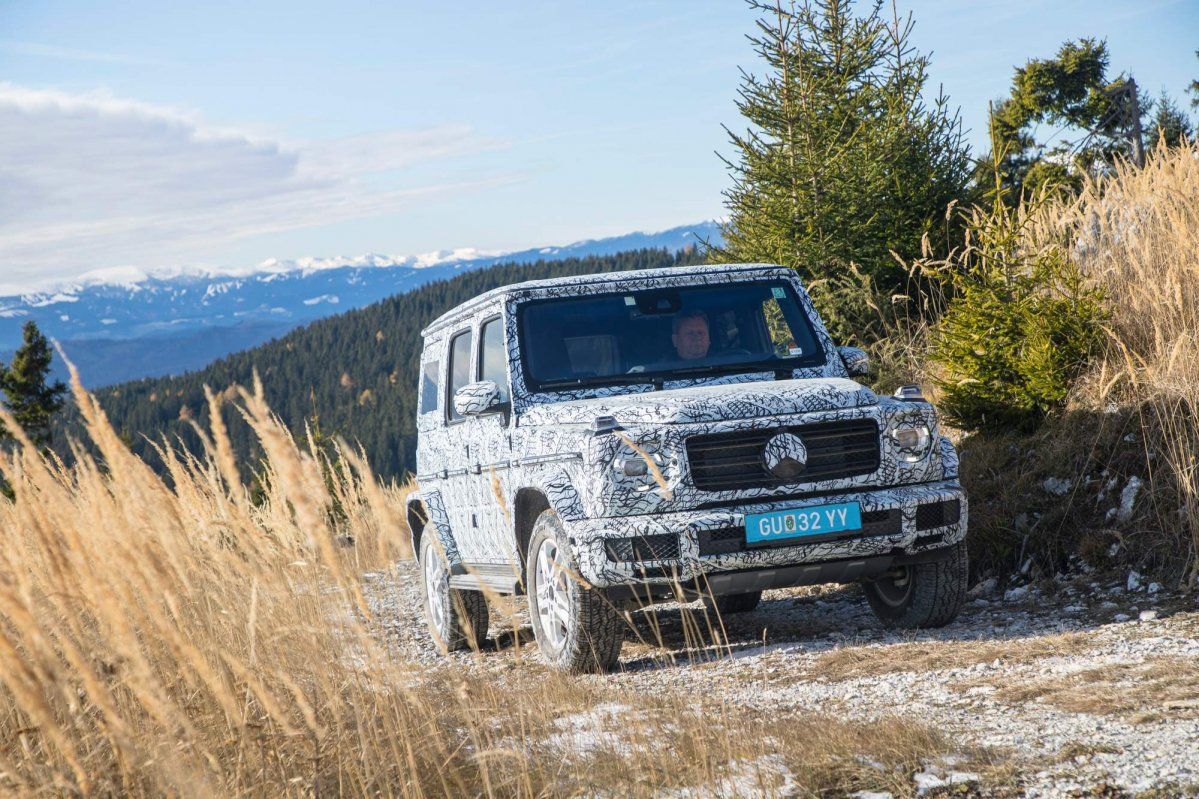 The shots were taken on the Schöckl mountain near the Austrian city of Graz, where Mercedes-Benz has been testing the new G-Wagen. The automaker has completed more than 2,000 kilometers on a 5.6-km challenging course that includes gradients of up to 60 percent and lateral inclinations of up to 40 percent.

As with its predecessors, the new G features a standard ladder-type frame, three 100-percent differential locks, and Low Range off-road ratio. The independent suspension with a double-wishbone front axle and a rigid rear axle has been developed together by Mercedes-Benz G GmbH and Mercedes-AMG GmbH, with the new setup allowing for a 6-mm higher ground clearance — 241 mm (9.5 inches). Together with the long suspension travel (spring/rebound travel of 85/100 mm on the front axle and 82/142 mm on the rear axle), the ground clearance allows for further improved off-road characteristics.

For example, the new G-Class has a maximum fording depth of 700 mm in water and mud passages (a gain of 100 mm), an angle of approach of 31 degrees (+1 degree), a breakover angle of 26 degrees (+1 degree), and the same angle of departure of 30 degrees. Furthermore, driving stability at angles of 35 degrees grows by 7 degrees, while the slope climbing ability reaches up to 100% on suitable surfaces. 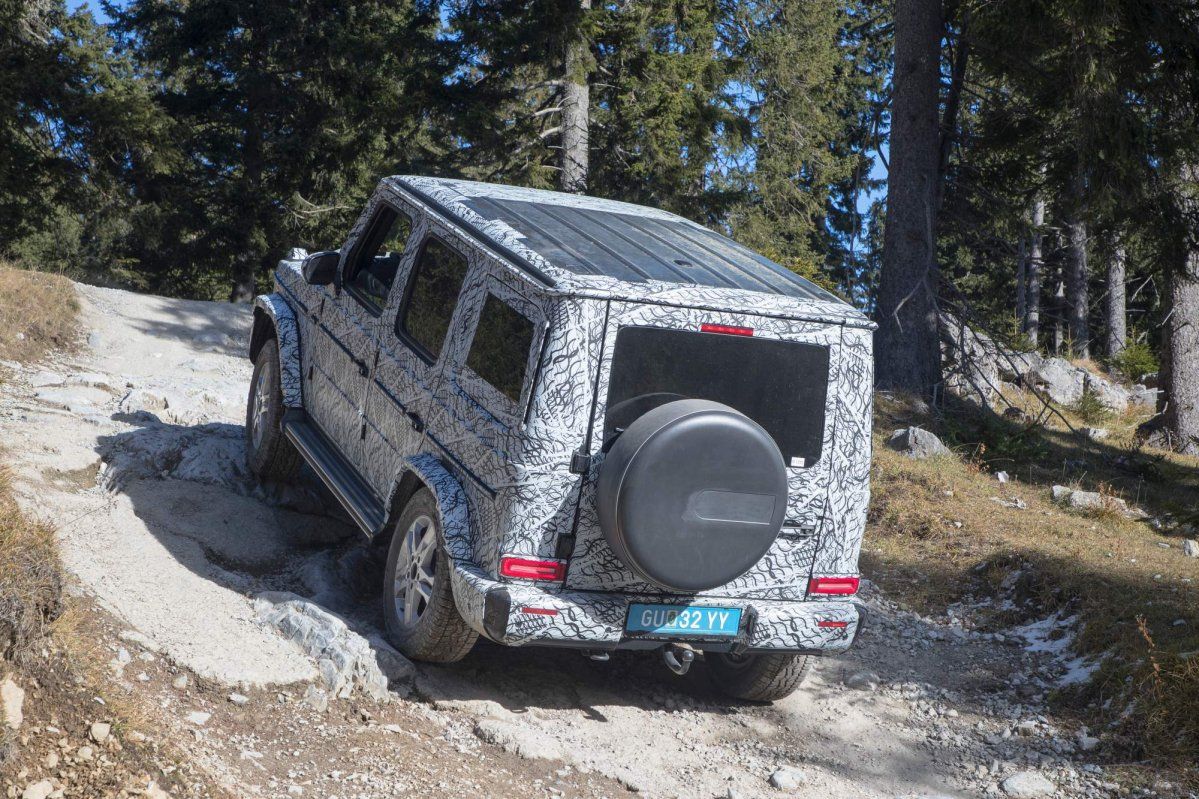 The 2019 G-Class debuts a new "G-Mode" which is an off-road mode that activates itself as soon as one of the three differential locks has been activated, or Low Range has been engaged. This setting adapts the adjustable damping of the chassis and the steering as well as the accelerator sensitivity, avoiding unnecessary gearshifts and ensuring maximum off-road capability.

The new generation model also gets the 9G-Tronic automatic transmission with a torque converter that has been adapted for the G-Class' needs. The transmission features a new transfer case flange-mounted directly on it that sends 40 percent of the drive torque to the front axle and 60 percent to the rear axle. Also for off-roading needs, the 2019 G-Class features a 360-degree camera, a reversing camera, and three further cameras allowing for all-round visibility from a bird's-eye view. That means that no obstacle will remain hidden from the driver. Along with dynamic guidelines that show the road and the width of the G-Class, the off-road screen displays data such as height, gradient, angle, compass, steering angle, and activated differential locks.

If you're curious about the look of the new G-Class, this rendering should be a quite accurate prediction of the real thing.