If the French were to ever build a muscle car, it would have looked like the e-Legend concept Peugeot is bringing at the 2018 Paris Motor Show.

Drawing inspiration from the Peugeot 504 Coupé, the e-Legend prototype is dubbed as “the vision of a brand”- that’d be Peugeot, of course - and mixes autonomous driving abilities with an all-electric powertrain. In addition, when the autonomous mode is engaged, the steering wheel retracts under the sound bar to leave room for a 49-inch infotainment screen. For those who like to drive and not be driven, two additional modes await: Legend and Boost. Legend, says Peugeot, is a “cruising mode with recall to the three 504 Coupé dials and display of digitally-processed wood on the different screens. On the other hand, Boost is all about “dynamic and stimulating driving thanks to the powerful electric motor.” On the inside, the e-Legend doesn’t hold back from using velvet as primary material, just like we’ve seen in the Peugeot 3008 and 5008, mixed with Paldao wood on the upper cabin areas and doorways.

The e-Legend will be publicly unveiled at the incoming 2018 Paris Motor Show. 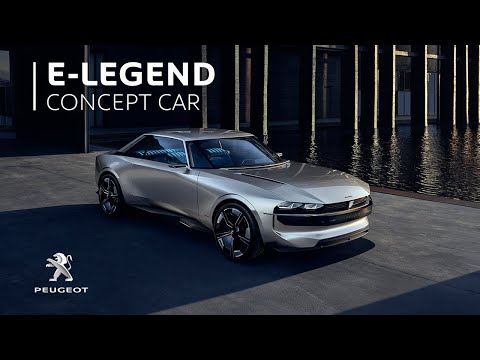 SEE MORE: Peugeot 308 Tech Edition does what its name says it does