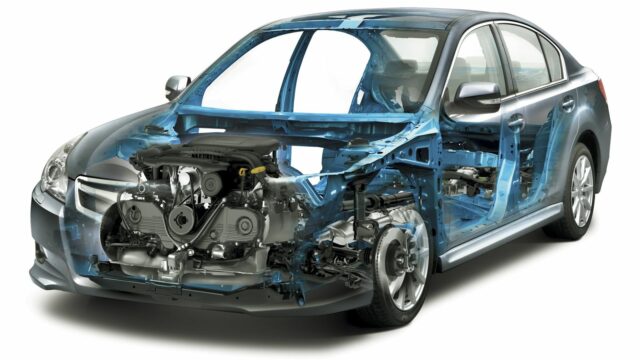 Fuji Heavy Industries came up with a new architecture for the upcoming Subaru models, suggestively baptized Subaru Global Platform. Think of it as the Japanese equivalent of Volkswagen's MQB modular underpinnings or Volvo's SPA platform or Toyota's TNGA, which according to Subaru, will come with a comprehensive set of improvements.

For example, rigidity is improved by 70 to 100 percent compared to what the outgoing models bring to the table. Furthermore, torsional rigidity is poised to see a 70% increase which would translate into fewer vibrations being felt through the steering wheel, floor and seats, therefore, future Subarus will be a lot quieter.

Body roll is also said to be reduced by 50% while the vehicle's center of gravity sits 5 mm lower than before. As far as passive safety is concerned, the new platform brings a more efficient energy-absorbent frame build from high-tensile steel plates and hot press formed materials.

The first car to use Subaru's new platform is the next-generation 2017 Impreza, scheduled for debut later this year.