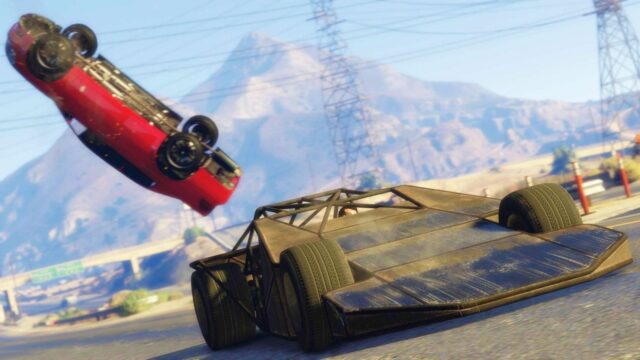 Four-and-a-half-year after its debut, GTA’s Online component developed into this complex world, full of fun things to do but also crazy people everywhere you look. And we’re not even talking about other human players here.

Kotaku followed a trending topic in the GTA communities, about how erratic the non-playable characters ended up to be. This even without engaging them; at all. Like this:

Maybe it’s nothing, but maybe it’s a Rockstar Games conspiracy set against the players in order to milk more money (real money) from them. The GTA Online world is utterly expensive, so having your mission vehicle bashed by the NPCs might be frustrating. The alternative to making money through hard work is something called Shark Cars, which you buy using real dollars, in exchange for in-game money. Does this theory sound crazy? Well, it’s the sanest in the conspiration list.

Another explanation regards a behavioral glitch created by the updates the game received in the past. Being such a complex world, every add-on must be properly implemented, or it all goes to shit. Or maybe the game’s AI became aware of its condition and is now hunting the humans out of the game. Who can know for sure, right?