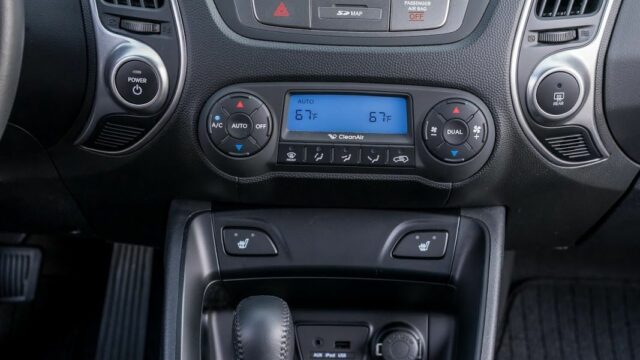 We are, of course, talking about the Hyundai Tucson FCEV (formerly iX35)

While this distinction may not sound like much, the fact that a zero emissions vehicle with a realistic range of up to 420 km / 265 miles is able to hit 94.6 mph / 152 km/h is certainly an achievement. We are, of course, talking about the Hyundai Tucson FCEV (formerly iX35), currently the only commercially available fuel-cell crossover you can buy from any manufacturer.

One clear advantage it has over regular electric cars with a battery pack is the elimination of range anxiety. In an experiment / marketing move, Hyundai had a couple of drivers see just how much ground they could cover in the vehicle over the course of 24 hours – their result after one whole day of non-stop driving was 1,383 km / 1,480 km, a feat no conventional EV could match.

In a separate test, drivers were able to maximize the use of the hydrogen stored on board and managed to travel some 700 km / around 435 miles. That even exceeds the optimistic claimed efficiency number that state 600 km / 372 miles is achievable on one tank.

So far some 250 examples have been sold, mostly to fleet buyers; the latest five units to be shifted ended up in Paris’ “Societe du Taxi Electrique Parisien,” or STEP for short.

Some private buyers have made the plunge spread among the 13 European nations where it is officially sold. However, until the price drops closer to what conventionally-powered vehicles cost and the hydrogen station infrastructure improves, people will still be reluctant to buy one, even if the technology seems to offer very few drawbacks once the high initial cost is overcome.