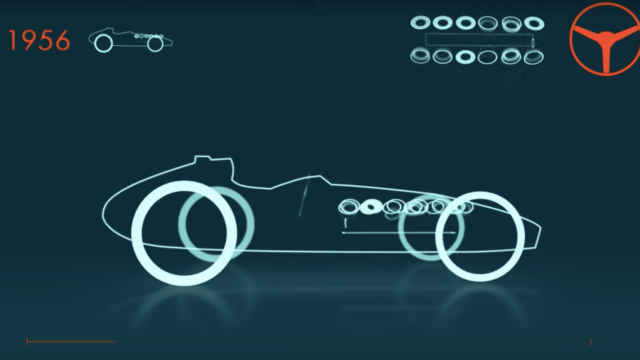 It’s the best minute we spent so far this week

We can't find a plausible explanation on why this video didn't surface earlier, but at the same time, we're glad it happened later rather than never.

Dated June 30, 2012, the video looks at the changes undergone by Formula 1 racers from 1950 to 2012. Sure, there's still a five-year gap to present time, but we're willing to bet our lunch money that you'll still find the video notably enticing.

Part of the video's charm it's the snackable format but also the crisp graphics and how they're used to offer a wealth of information on how wheels, proportions, body kits, engines and steering wheels adapted to innovations but also rules and regulations.

As a bonus, we've also added another video trip down memory lane, one that casts an in-depth look at how F1 steering wheels evolved over time.

But that's enough talking, although we must ask this question: what's your favorite era in Formula 1 history?