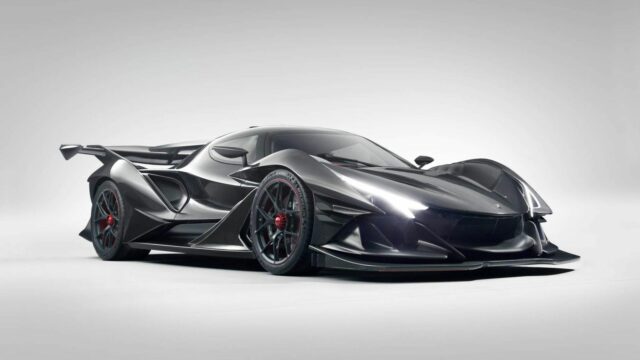 Its engine note is just dirty

Apollo Inensa Emozione (IE), the new car built by the revived and renamed Gumpert automaker, is one of the most daring looking road cars ever and thankfully it also sounds fittingly pornographic.

Powered by a 780 hp 6.3-liter non-turbo V12 engine, the IE makes an intoxicating sound not too dissimilar to that of the Pagani Zonda – it sounds raw and edgy and all we got to hear of it was through this (way too) short official video posted on the car maker’s YouTube channel.

Only ten are planned for production, so the chances of you ever seeing or hearing one out on the street is really rather slim.