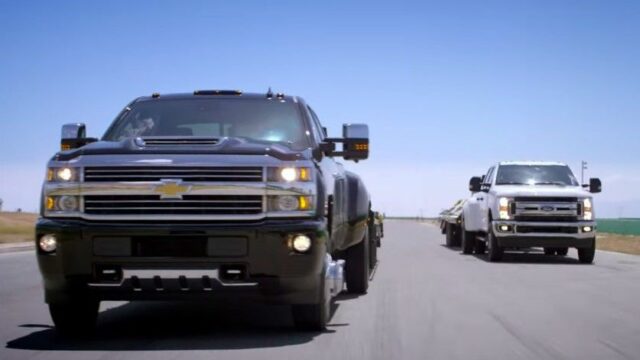 Races were carried out with 10,000-pound trailers hitched

Chevrolet is really proud of its new Silverado 3500 HD pickup (and its functional hood scoop), so the automaker decided to pit it against a comparable Ford pickup in a load-pulling drag race in order to prove its superiority.

The two drivers that made the drag race possible are Chevrolet Chief Engineer Eric Stanczak and football legend Howie Long who drove both vehicles and also swapped places to prove the accuracy of their results.

Why not also also check out other drag races we previously posted.