Facelifted 2019 Ford Mondeo spied with almost nothing to hide

Ford has shocked the automotive world in April 2018 by announcing a drastic cut of its U.S. passenger car lineup. Only the Mustang and the Focus Active are to survive, with the Fiesta, Taurus and Fusion barred from getting replacement models.

While the Fiesta and Taurus will be discontinued in 2019, the Fusion is expected to soldier on until at least 2020 — after all, Ford has recently given its midsize sedan a nip and tuck for the 2019 model year. Rumor has it there will be a next-generation Fusion after all, but it will ditch the sedan body style to become a jacked up wagon called Fusion Active. But what happens to the Fusion’s European cousin, the Mondeo? Well, there are no signs indicating the sedan and wagon won’t carry on for a few more years, and these spy shots taken recently in the Austrian Alps certainly support that statement.

What you see is the facelifted 2019 Ford Mondeo, which is expected to debut sometime next year. It’s the mid-cycle facelift for the D-segment sedan, and it comes two years after the Fusion’s refresh — which is normal when you realize the Mondeo launched in Europe two years after the second-generation Fusion debuted in the United States. What you see in the photos is a Mondeo Estate model (known as Mondeo Turnier in some markets) in Titanium trim. The prototype doesn’t have full-LED headlights but features a chrome strip at the rear that connects the taillights.

For some reason, the Mondeo is already sold with said chrome strip in the UK and Germany, but the facelift will make it official for the rest of the markets as well. As the spy shots reveal, Ford didn’t bother to camouflage the car too much as the styling changes will be minor. The headlights look the same as on the current model, even though the Fusion has received refreshed units for its facelift. As for the taillights, they seem to get a new LED signature. 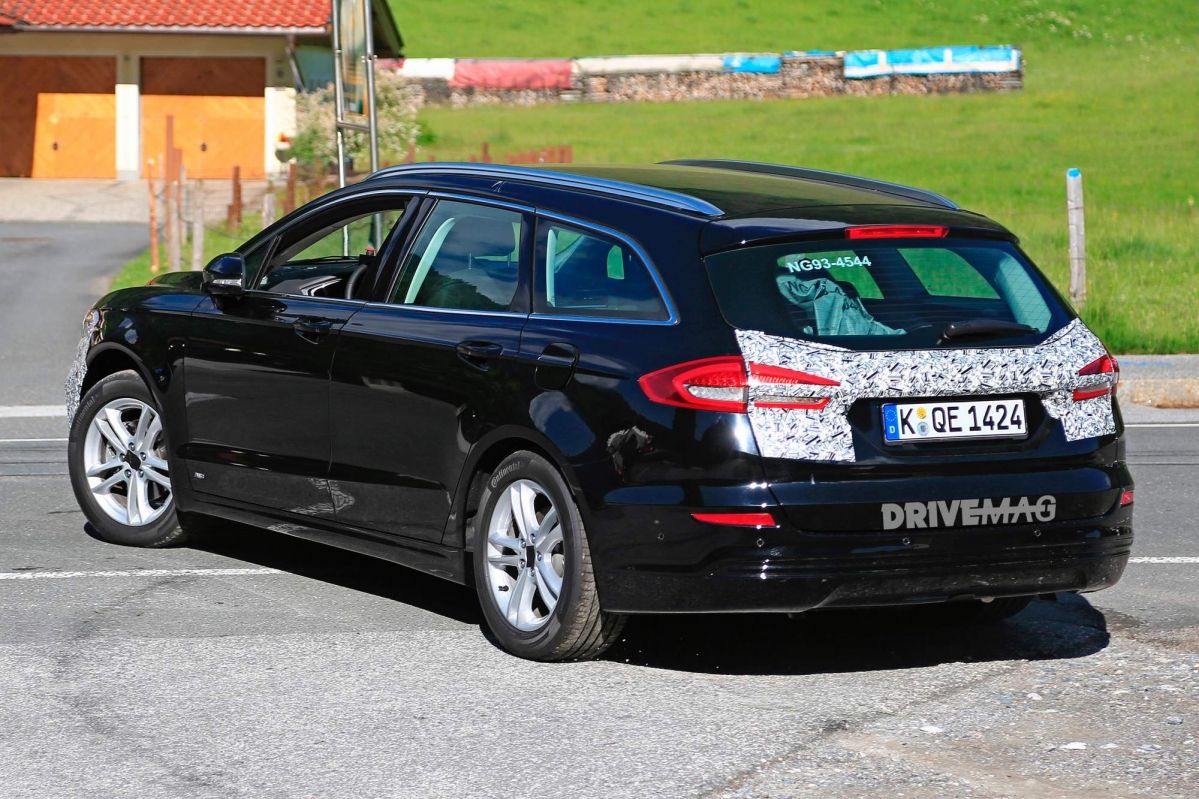 There will be bigger changes under the skin of the 2019 Mondeo, and they will include the addition of the 2.0-liter EcoBlue turbo diesel engine and the 1.5-liter EcoBoost three-cylinder turbocharged gasoline unit. Codenamed L Dragon, the latter engine has been developed for an eight-speed automatic transmission with torque converter, similar to the ones used by the Edge and Lincoln Nautilus. Apparently, Ford rejected the GM-developed 9T50 nine-speed automatic from the Hydra-Matic family. 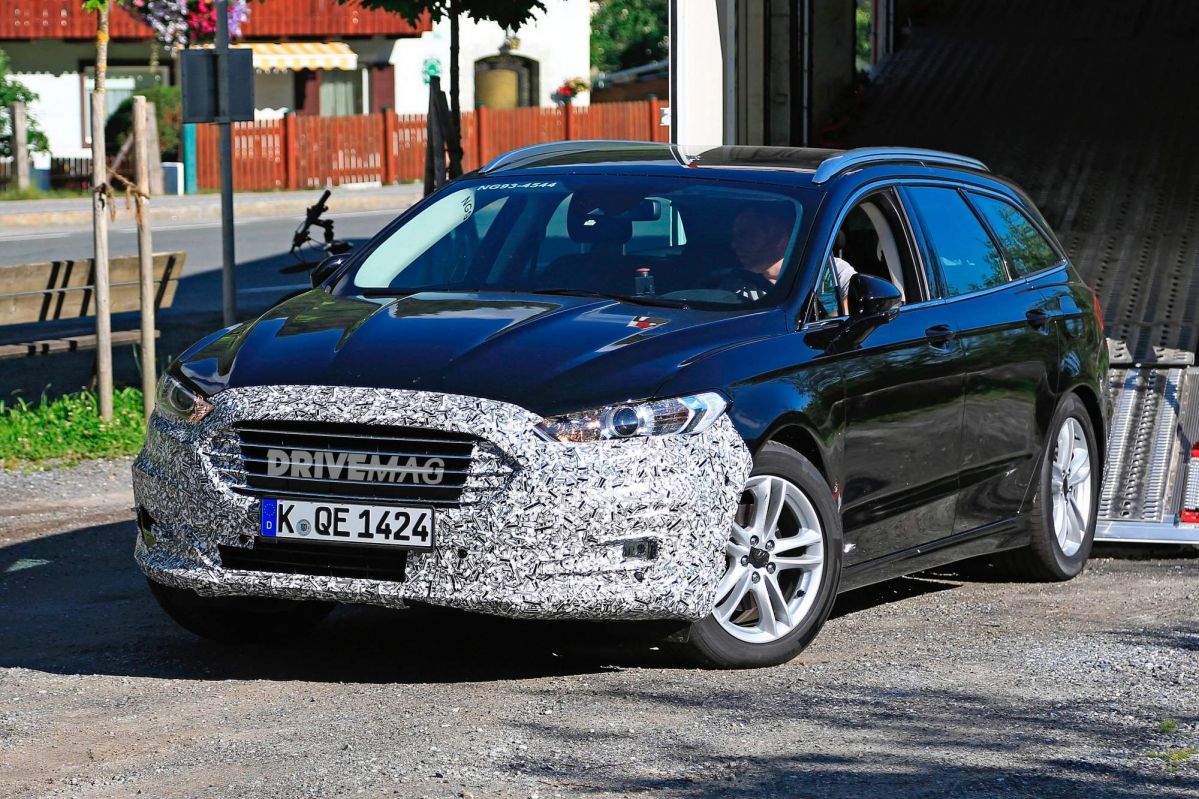 The facelifted Mondeo is also expected to get some features from the new Focus, including the latest driver-assist and safety systems known as Co-Pilot 360, and automatic emergency braking with pedestrian detection. The 2019 Ford Mondeo will be assembled near Valencia in the Almussafes plant.