This ’67 Camaro was designed by Robert Downey Jr. for Captain America

Must feel good being in Chris Evans’ shoes…or seat

Jay Leno’s Garage has seen its fair share of restomods based on American muscle cars. And since the two concepts go together like summer and June, this 1967 Chevrolet Camaro fits Captain America star Chris Evans like a glove.

Together with Dave Salvaggio of SpeedKore, the creators of the Camaro in question, Mr. Leno goes through all the car's quirks. One of them is that Robert Downey Jr. commissioned SpeedKore to build this special Camaro he would then offer as a gift to Chris Evans.

Another one is the Captain America logo on the steering wheel but perhaps the most important bit of info on this Camaro is that prior to receiving it, Chris Evans wasn’t exactly a car guy. Yup, that's the effect of a proper car on boys of all ages.

Elsewhere, the Camaro sits on HRE wheels and the body is subtly imbued with a redesigned front spoiler and wider hips thanks to beefier rear wheel arches, just enough to avoid a too-much-is-too-much situation. On that note, there’s a 20-minute video waiting for your attention below, so we’ll stop the talking here. 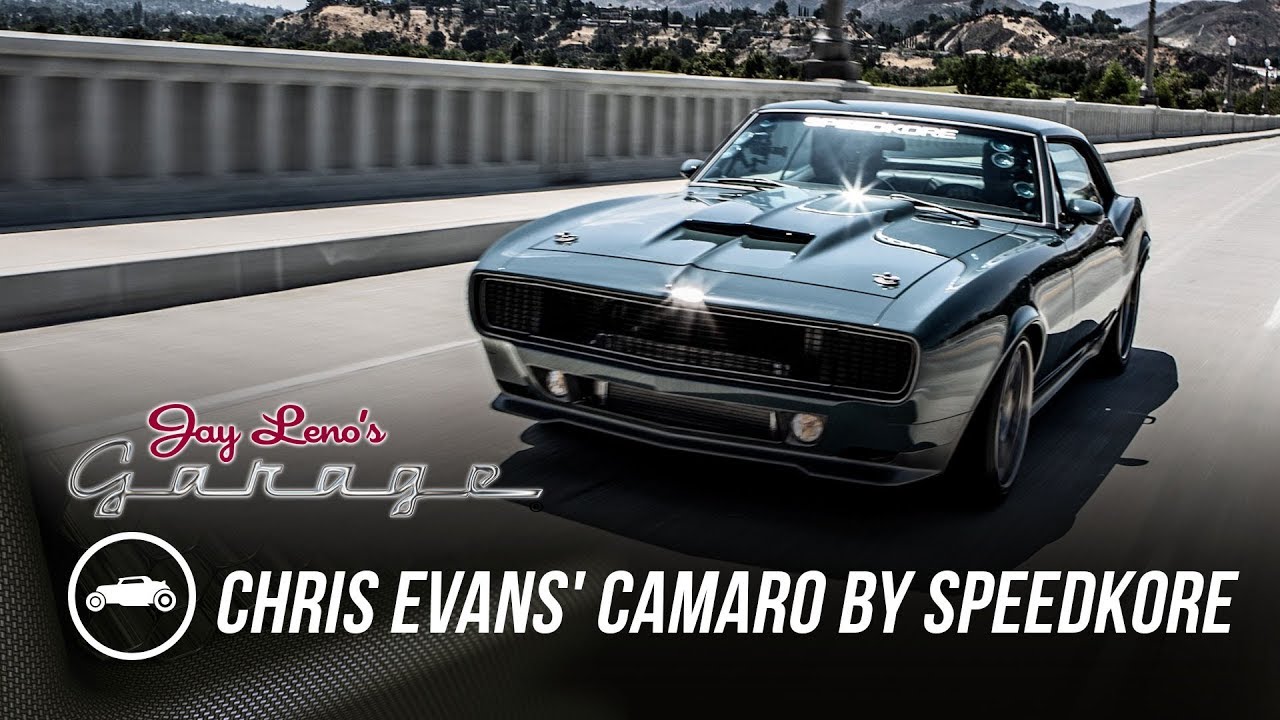