When the first-generation Porsche Cayenne launched in 2002, brand aficionados were shocked: how could their favorite sports car manufacturer taint its legacy with something so mundane and vulgar as an SUV?

But many years have passed, and the Cayenne has become something normal — helped by the fact it’s such a ubiquitous presence on streets all over the world that the idea of a Porsche SUV just isn’t a big deal anymore. 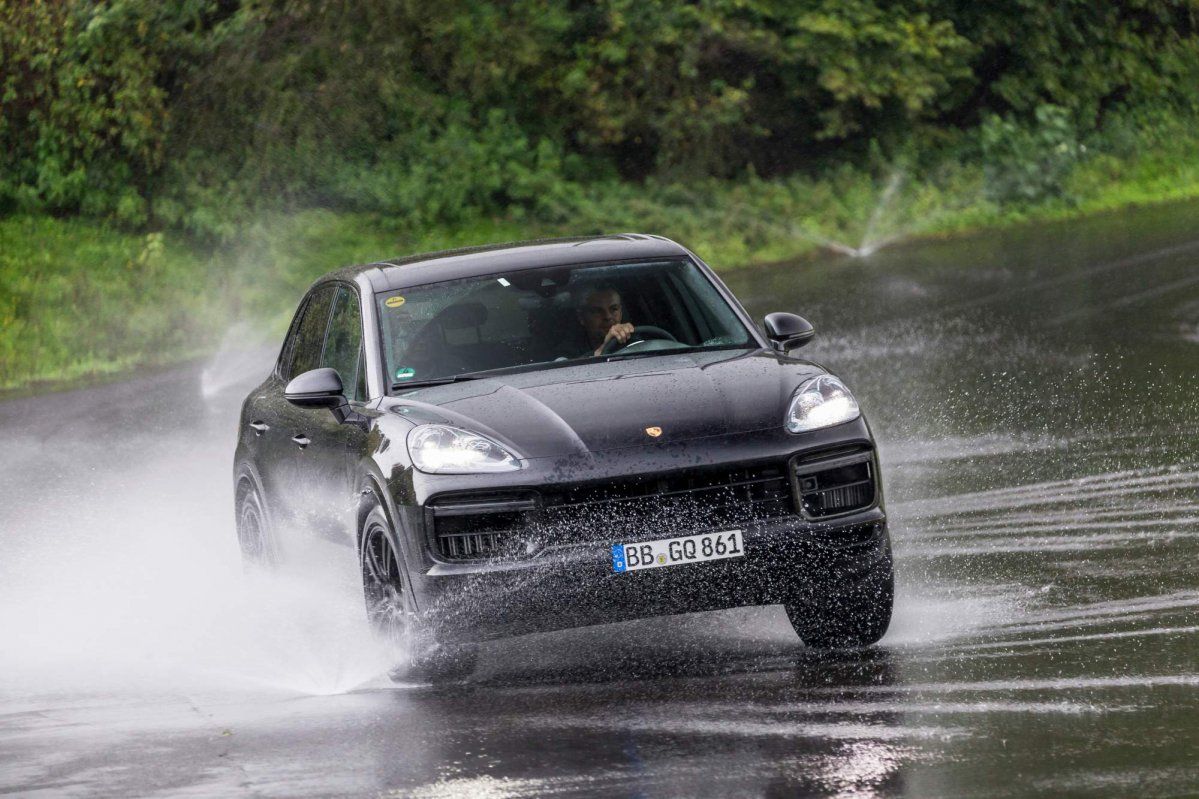 The company sold more than 270,000 units of the first-generation Cayenne, while the following model racked up more than 500,000 sales worldwide. But besides being an SUV in a time where the global market started to love this type of vehicle, the Cayenne had something else going for it: the fact that, unlike many other similar models, it truly was (and remains) a sports utility vehicle — with a big emphasis on “sports.” The fact that it could also do some off-roading was a welcome bonus. 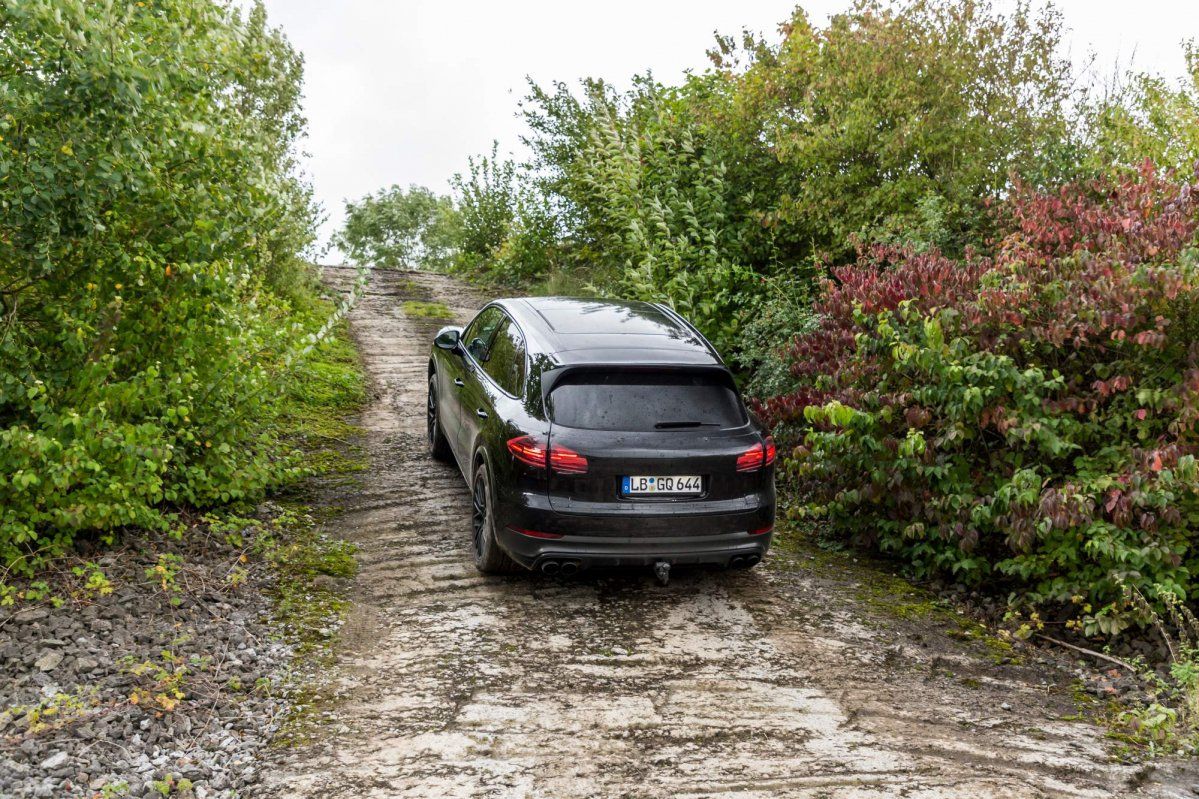 So now that Porsche has unveiled the third-generation Cayenne at the Frankfurt Motor Show, the company invited us to an event called “Technology Workshop Cayenne.” The fact that it would be held at the ADAC Driving Safety Center in Grevenbroich, Germany, sounded promising to me, but then I learned that I wouldn’t get to drive the car. Bummer.

Instead, I would attend a series of workshops held by Porsche engineers, and I would be given two rides in the Cayenne by development drivers: one on a circuit, the other on an off-road course. The passenger ride thing sweetened the deal for me, and so did the fact that I thought of the event as going to a first date: if you’re a gentleman, the most you’re going to attempt is to steal a kiss from your crush, right?

There were four workshops in total, plus the passenger ride. Each segment covered an essential part of the car: the powertrain, chassis, body, and electronics. I won’t bore you with too many details — instead I will try to talk about only the most relevant things regarding the technology of the new Cayenne. If you want to skip to the passenger ride, head over to the last chapter of this article for the videos I shot from the passenger seat of the Cayenne on the asphalt and off-road courses.

All gasoline for now, but don't worry, diesel and hybrid units will follow

Let’s get one thing out of the way: the third-generation Cayenne will get a diesel engine, eventually. However, Porsche engineers are not allowed to offer details at the moment. A Turbo S E-Hybrid version will most likely happen, but that’s as electrified as the 2018 Cayenne will get — it wasn’t designed to accommodate an all-electric powertrain. That’s the job of the upcoming Mission E. All engines feature a new central turbo layout inside the cylinder V, resulting in more compact dimensions which in turn allows the power plants to be installed in a deeper position inside the vehicle — with the obvious benefits of a lower center of gravity and improved handling characteristics. Unlike the Panamera, the new Cayenne continues with a torque converter eight-speed automatic transmission, because engineers believe it’s more appropriate for off-road driving and pulling trailers than the PDK. It’s an all-new gearbox called Tiptronic S that’s said to deliver a sportier and more comfortable drive than its predecessor. The first gear is now shorter than in the previous Cayenne for an improved initial acceleration performance, while the eighth gear is longer for better comfort and fuel efficiency. All models achieve the top speed in sixth gear, with the final two gears designed for maximum efficiency and comfort on long-distance trips. The Sport Chrono Package with PSM Sport (Porsche Stability Management) is a first for the Cayenne. All models get the active Porsche Traction Management (PTM) rear-biased all-wheel-drive system that offers a fully variable distribution of drive forces between the axles. It’s a hang-on AWD system that features an electronically and map-controlled multi-plate clutch for an active transfer of torque to the front axle.

Still a Porsche, despite packing many VW Group underpinnings

While the Cayenne shares the modular MLB Evo platform with other VW Group models, Porsche has developed many components to make them suit the brand’s sporty ethos. The steering, chassis, hardware and all-wheel-drive system are all unique to the Cayenne.

First of all, the new lightweight chassis with an aluminum front axle featuring a separated link design contributes to a total weight reduction of up to 65 kg, which means the base Cayenne now tips the scales at just under 2 tonnes (1,975 kg). 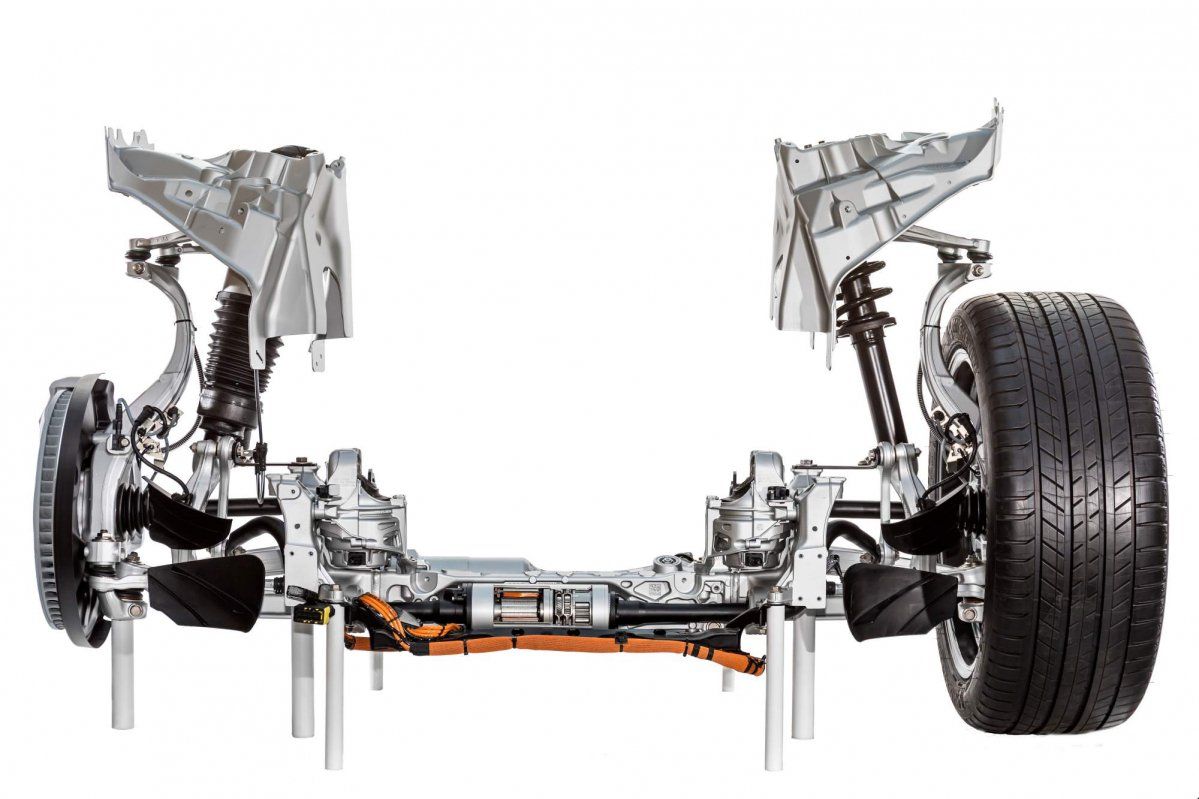 Another first for the Cayenne is the optional rear axle steering system that reduces the turning circle as well as improving low-speed maneuvers and high-speed stability.

Also optional is the new adaptive air suspension that uses three chambers for each suspension strut rather than a single one. The result is an “exceptionally wide” range of spring rates, according to Porsche, which means the fine tuning between comfort and performance is better than before.

Oh, and did I mention the Porsche Dynamic Chassis Control electromechanical roll stabilization system that helps minimize body roll in corners? Not a problem, the video below explains it better than I could ever do. 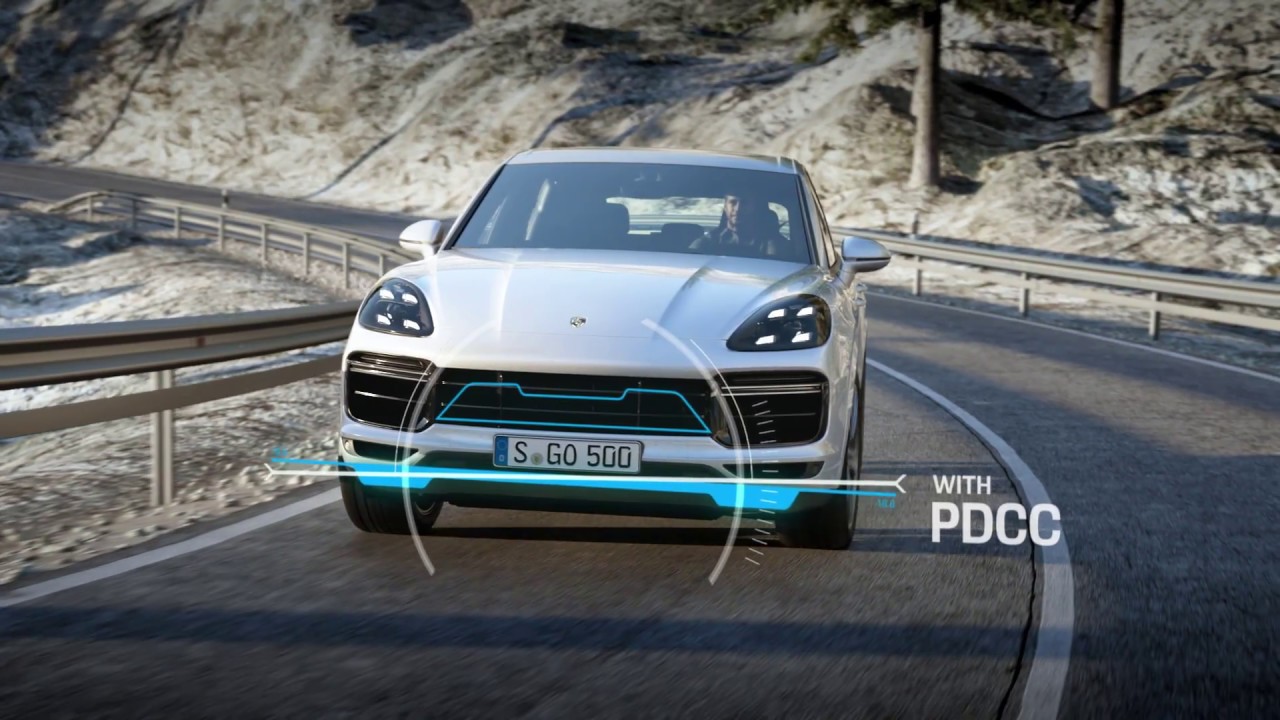 For the first time, the Cayenne adopts a sports car-inspired solution: mixed tires. The rear tires are wider than the front tires, with Porsche saying this enhances agility, stability, and driving dynamics. Furthermore, all wheel sizes have grown compared to the previous Cayenne, with the diameter varying from 19 to 21 inches and the width from 255/55 (front) and 275/50 (rear) to 285/40 (front) and 315/35 (rear).

Lightweight construction is the name of the game when it comes to the all-new Cayenne’s bodywork. The complete outer shell of the new SUV is made of aluminum, including the roof, floor pan assembly, doors, wings, front section, bonnet, and tailgate.

The rest of the body, including the critical areas, is made from micro-alloyed high-strength steels, multiphase steels, and recycled plastics — the new Cayenne is around 95 percent recyclable. In total, the mix of materials has reduced the weight of the body shell by up to 135 kg, making room for more equipment. 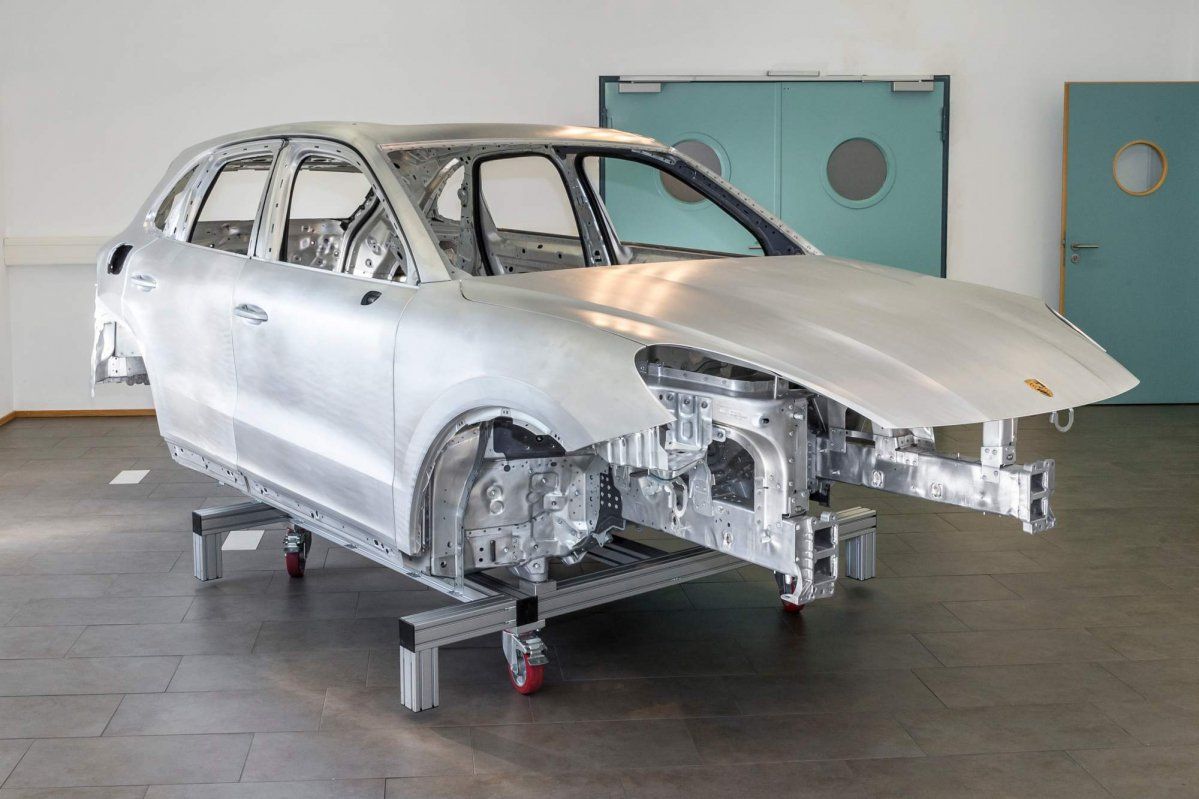 However, as body expert Rüdiger Jahn admitted, the increased complexity of the body affects repairability, and body parts cost more than before.

When it comes to aerodynamics, all 2018 Cayenne models feature active cooling air flaps, which reduce air resistance when closed and improve cooling when opened. Also standard is the air curtain system that minimizes air turbulence that typically occurs around the wheels.

The Cayenne Turbo marks a first for an SUV, as it’s fitted with an adaptive roof spoiler that also acts as an air brake.

The highlight here is, of course, the Porsche Communication Management (PCM) infotainment system operated by a 12.3-inch full-HD touch display with proximity sensors. It promises better interaction than before, updated Voice Control, but no gesture control system — Porsche doesn’t see any advantage to that solution. 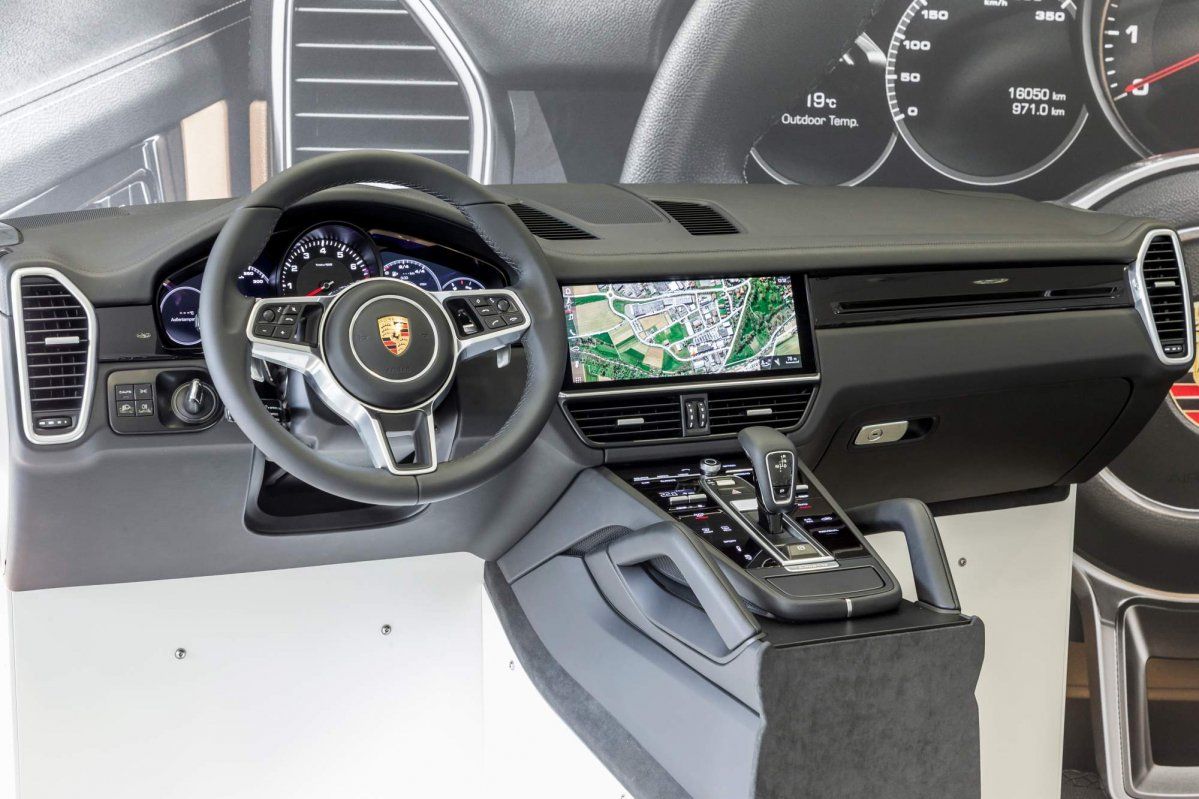 The Cayenne also sources the Porsche Advanced Cockpit from the Panamera, which consists of a central tachometer flanked by two 7-inch displays.

Among many other functions, the PCM is the command center for the array of assistance and driving dynamics systems in the new Cayenne, including the off-road settings. The new SUV offers four programmed modes: Gravel, Mud, Sand, and Rocks.

After throwing a huge volume of information at us, Porsche finally allowed us in the new Cayenne as part of the driving workshop. Except we didn’t do the driving, we were given short rides on and off-road by Porsche development drivers.

It was the highlight of the day for me, and I have to say it made me very curious about what the Cayenne is like to drive. The cars were pre-production prototypes used during the development stage, which explains the camouflaged taillights. As a passenger, I found the 2018 Porsche Cayenne impressive on and off-road, and I must confess the experience left me a bit dumbfounded: how can a car do this? 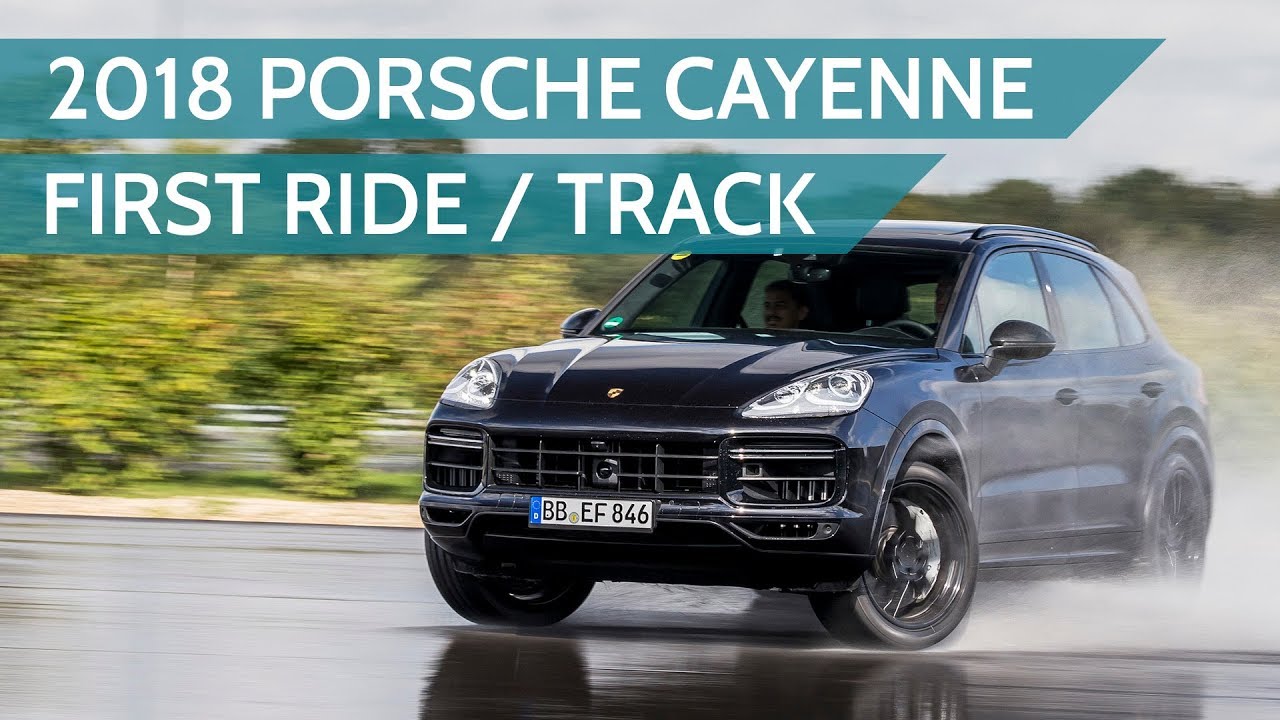 And then do this? 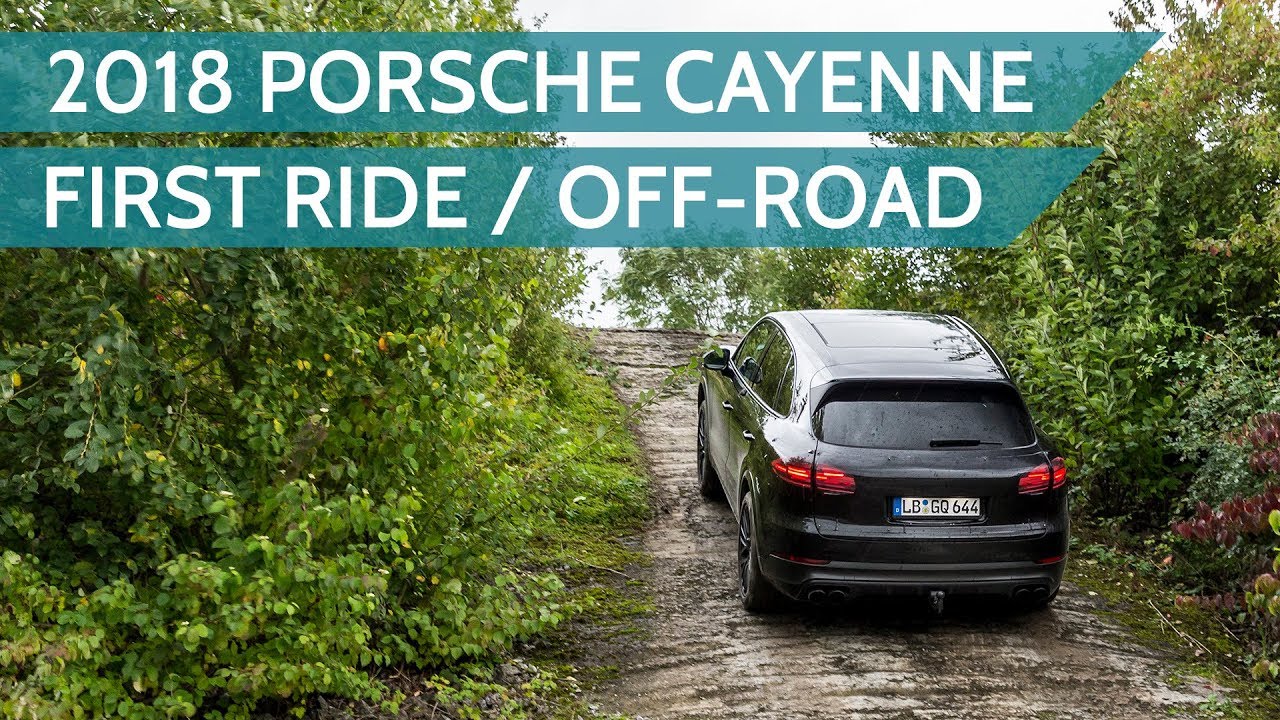 I can’t find any explanation for it other than Porsche engineers added some magic in the ingredients for the new Cayenne.

As impressive as the 2018 Cayenne may be from the passenger seat, I wouldn't hesitate for a second if I had to choose between it and the Panamera Sport Turismo, however.