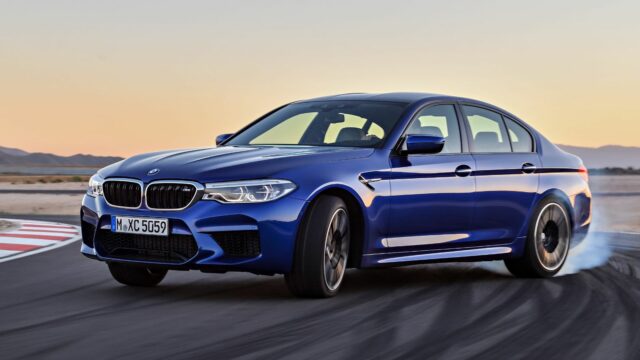 The available optional features will quickly bump that price, though

Expected to reach dealerships and driveways at the beginning of 2018, the new BMW M5 has kept aficionados on their toes, and on valid grounds: 600 hp, AWD that can switch to RWD, and a waterfall of technology.

Since the M5’s prices in Germany were no longer a secret, the only question mark sat on its price tag on the other side of the pond, in the US of A.

Well, as of now, consider that question answered. A leaked dealer bulletin that popped up on G30 Bimmerpost mentions a starting sticker of $102,600. There’s a catch, however, as the price only applies to military personnel and diplomats.

But since the document is out in the open on the WWW, let’s have a closer look at some optional features available for the new F90 M5. There are four optional body paint colors, each available for $1,950: Azurite Black Metallic, Champagne Quartz Metallic, Almandine Brown Metallic, and Rhodonite Silver Metallic.

BMW USA should officially reveal pricing for the 2018 F90 M5 at the upcoming Los Angeles Auto Show, but until that happens, here’s a side-by-side static comparison between the new 2018 M5 and Affalterbach’s power sedan, the 2018 Mercedes-AMG E 63 S.