Say hello to the VW Grand California, a new campervan that will debut at the Caravan Salon in Düsseldorf (August 24-September 2).

Based on the Crafter van, it expands VW’s range of campervans by adding a model in the six-meter class that also comes with its own bathroom (840 x 800 mm) — something the smaller T6-based California doesn’t have. Scheduled for launch in early 2019, the Grand California also features a large sleeping area in the rear and an optional high bunk bed for children above the front seats. 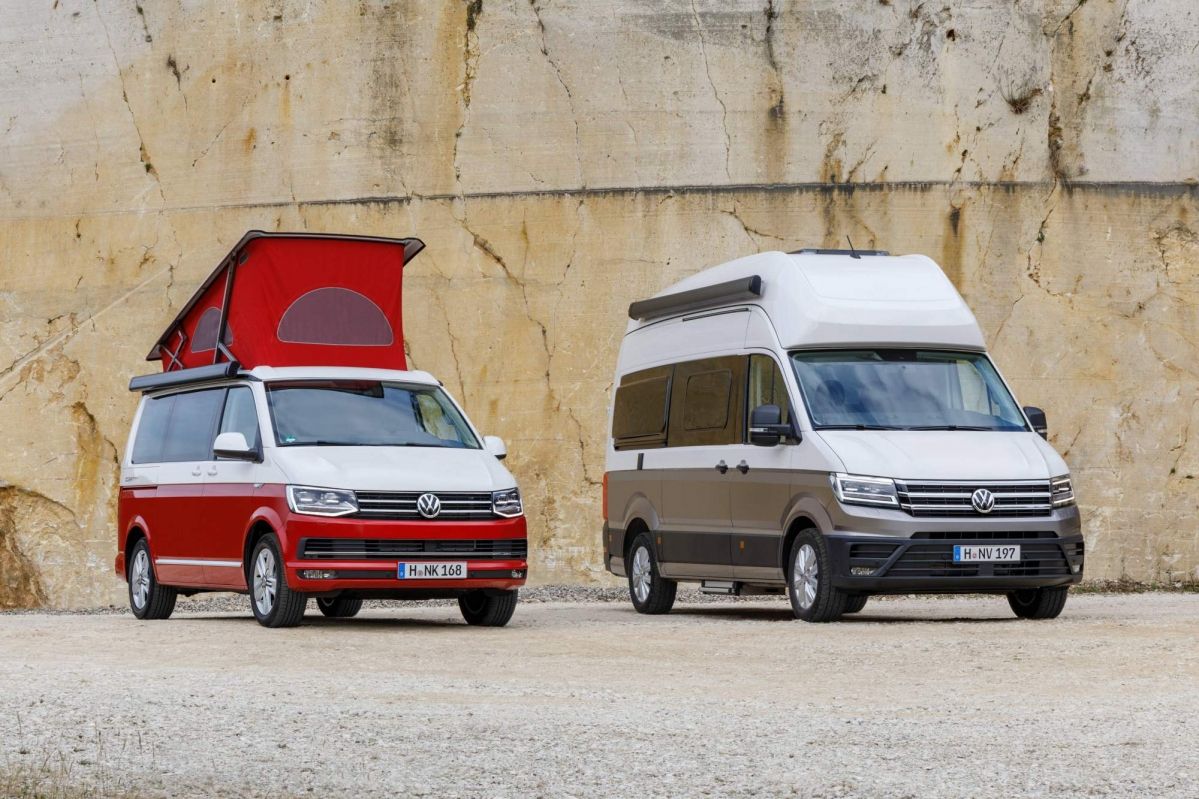 VW says it has used the experience gained with the California (the world’s most successful camper with more than 160,000 sales) to create the Grand California using the Crafter’s technical platform. 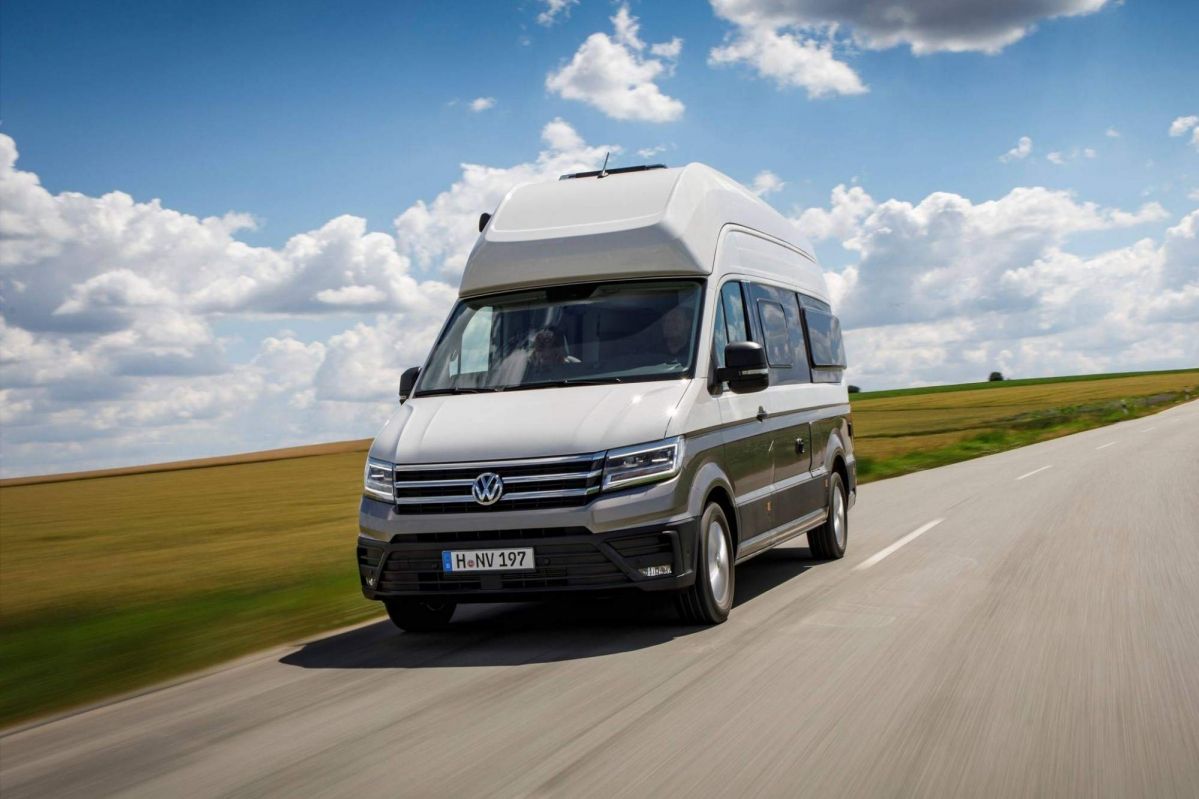 While on the outside the new campervan looks pretty much like a passenger version of the Crafter with a much taller roof, the interior reveals a completely different story. It’s laid out to offer all the amenities of a home in a much smaller space thanks to clever packaging solutions.

For example, the Grand California features swivel seats at the front and a double bench seat in the living area, a large dining table with room for four people, as well as a kitchen complete with a pull-out 70-liter fridge with freezer compartment (also accessible from outside via the sliding door), a twin-hob gas cooker, a sink and various drawers, pull-out storage compartments and tip-up shelves. The highlight, however, is the bathroom that consists of a toilet, shower, a fold-out wash basin, shelves with holders for toiletries, a cupboard with integrated toilet paper holder, towel holders and a skylight for ventilation. There are no light switches in the bathroom, as the lights come on automatically via motion detectors. Standard features also include a connection for an external shower, external lighting above the sliding door, an electrically-powered step, and a two-part mosquito net in the door. Furthermore, the interior has been designed to give the impression of space, and that has been achieved via solutions such as the white cabinet trim, pop-open camper windows and the large skylights above the rear double bed and living area. For enhanced comfort, all the windows are fitted with cassette blinds and fly screens, while the driver’s cab features a new blackout concept. For those who want more, optional features include a high bunk bed for kids complete with integrated panoramic skylight above it, additional roof-mounted air-conditioning unit at the back, an awning, a rear bicycle rack and a camping table and chairs (which can be stowed in the wing doors). In addition, the standard gas heating can be expanded as a heating system that runs on gas- or diesel-generated electric power. Customers can also fit the Grand California with a solar panel system mounted on the roof, a satellite dish for TV reception, and an LTE/WiFi hotspot.

We don’t know yet what engine the Grand California has, but VW said 4Motion all-wheel drive will be available. The Crafter’s driver assistance and infotainment systems will also be on offer.

READ MORE: Our list of the coolest go-anywhere RVs ever made