Tesla Model Y is delayed for 2020, but when it does come, you'll be able to take a nap while it drives you

Elon Musk is on a roll: from successful space launches to his freshly-minted boring company, everything seems to fit into a larger puzzle. But his latest announcements took everybody by surprise.

Why do things the easy way when you can choose the hardest route? This seems to be Musk's motto, and he again delivered on this in the last couple of weeks. First, there was this surprising statement in a TED interview, about making cars go underground with up to 124 mph in a network of tunnels making the crossing of cities possible in mere minutes. We discussed its feasibility here. 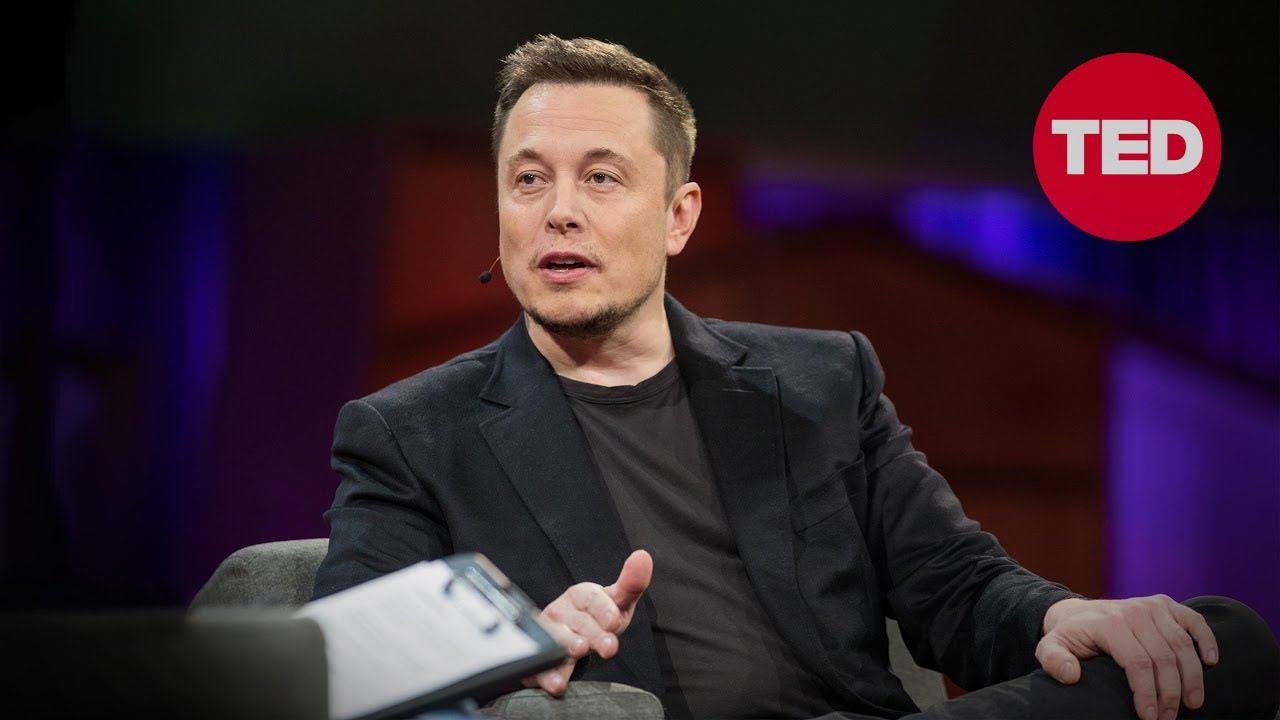 Then, he talked about how Autopilot is constantly improving. Musk indicated that the system would rely more and more on cameras rather on Lidar, as `you can be superhuman with just cameras.`

To demonstrate this, Tesla's test drivers will cross the United States from Los Angeles to New York by the end of the year, `no controls touched at any point`. But Tesla's Autopilot will also be able to cross the country on the highway even if the route would be changed dynamically. That's because Tesla already has so much information about the roads in the US and it knows Autopilot can drive in a much safer manner than a human. The third major announcement was the fact that Tesla drivers could take a nap at the wheel of their (new) cars as soon as 2020. This is known as Level 4 autonomous driving (which is different from Level 3 autonomous driving, where you can take your hands off the wheel and your eyes off the road to check out your emails, but still make sure you're able to intervene in a limited time).

This is the first automaker that is confident enough to announce a deadline for Level 4 autonomous driving - unlike BMWs engineers we interviewed a couple of months ago, which said we're still at least four years from Level 3 autonomous driving. Well, Musk is already talking about Level 4...

The significance of Level 4 self-driving for the automotive industry

Musk is confident that the system will be much safer than what human drivers could ever be - as safe as having a crash in one thousand lives of driving. But there's more: because the car can drive itself, you could share it with others after you've done with it. For example, after getting you to your office, it could still make 4-5 trips with other people while you work and then come back to pick you up and get you back home. The car will basically pay for itself in this case.

This car sharing network would disrupt the automotive industry much more than the simple advent of electric cars because people will start sharing their cars with others, cities will have to find a way of taxing this new economy, and hundreds of thousands of taxi drivers will find themselves out of work in the next decade. 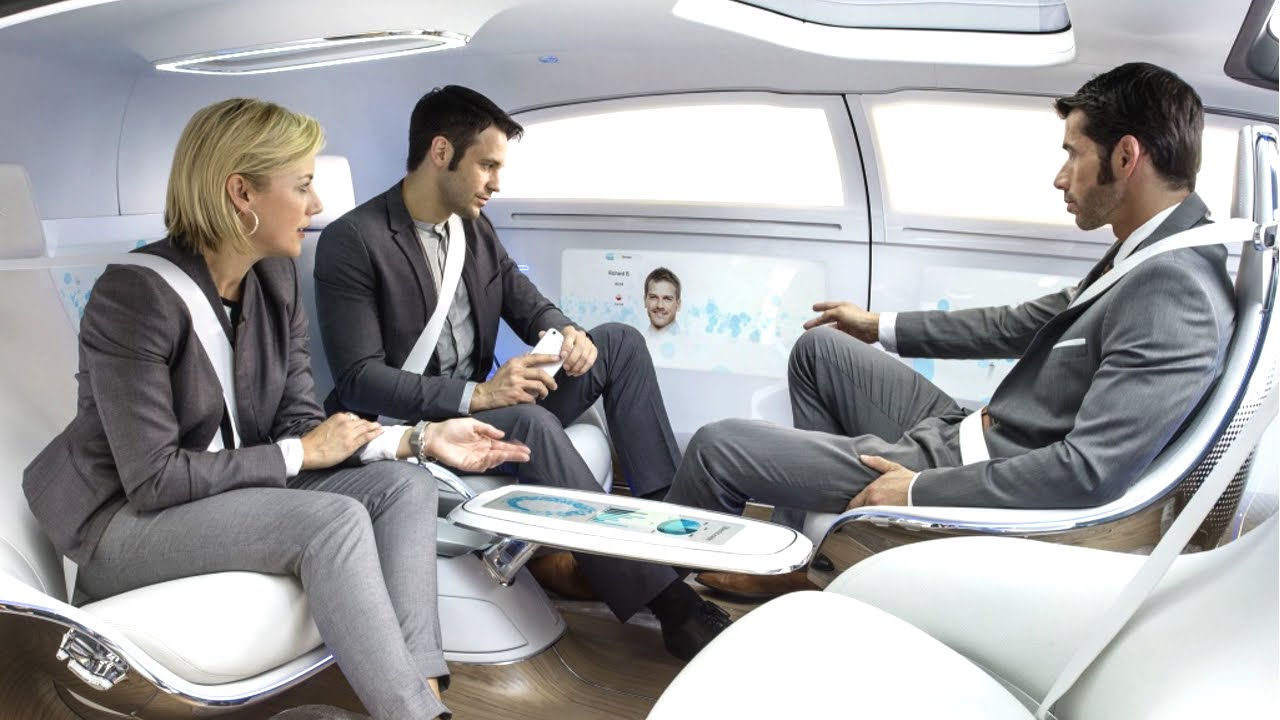 Musk says we're only a couple of years until Tesla's cars can do this. We can expect this technology to trickle down to more affordable cars in the next five years and then expand rapidly on many high-volume vehicles, so, by 2025, almost all new cars could be able to drive themselves, at least as an option. Is this the future of mobility? We already tried an answer here.

Tesla's Truck is meant to alleviate the heavy-duty trucking loads

Musk also presented a first teasing image of his first semi-truck, a long-range, heavy duty truck that is able to `outtorque any diesel truck and if you'd have any tug-of-war competition, the Tesla semi will tug the diesel semi uphill.` No problems about range or load capacity either, but Mr. Musk was scarce on details, other than saying `you'll be able to drive it like a sports car because it's so nimble`. Expect more disruption from him, though, as the Tesla semi will be unveiled in September 2017. Ah, and also expect a Tesla electric pick-up truck in the next 18-24 months.

Tesla Model Y is delayed but will be a game changer

Finally, in an earnings Q&A calling session, Musk wanted to emphasize the fact that Model 3 is, basically, a smaller and cheaper version of the Model S, with the same level of technology but lesser range and comfort options. The main surprise came when he mentioned that the Tesla Model Y, the crossover everybody expected to be based on Model 3, will have a different platform altogether.

This new platform allows for a major change in architecture for Tesla's vehicles in the 2020s, and the main reason the company decided to put it on a different platform is to completely redesign the production process. Model S and Model X are low-numbers cars, while Model 3 and Model Y will be built by the hundreds of thousands per year and require different production styles.

"With Model 3, I think we'll be roughly comparable with the best high-volume vehicle production lines in the world. Better in some respects, a little worse in others. But roughly comparable, and then with some further iteration, I think it will probably be a little bit better than the next-best automotive production line. Then where things will really be a step change, I think, beyond any other auto manufacturer, will be the Model Y factory. And this is all a function of designing the product to be easy to manufacture and easy to automate, as well as designing the factory itself. So Model-wise, I think, we're really the common step change, but Model 3 is going to be at or probably slightly better than I think the next best automotive production in the world. I just think that's pretty good outcome. And then Model Y will be – there will be nothing close to it, I think."

This is major news, as most were expecting Tesla to go the easy way and just make a crossover on the current Model 3 platform, which in turn is different from Model S' platform. But Musk chose to reinvent the manufacturing process and go from scratch with a third platform that would profit from high levels of automation and redesigned systems, allowing for high economies of resources and time. This platform would also need a dedicated plant, built from zero. But will it still have falcon wing doors, like the Model X below, eh?

Thus, if a Model 3 takes one-fifth of the time to assemble a Model S, a Model Y will be much, much more efficient, Tesla's officials said. And not only that, but it will be a benchmark for future Tesla models, allowing the company to keep costs in check throughout the entire lifecycle of the car: automation means fewer assembly problems, fewer recalls and less money spent on them. The current strategy is risky, though. It would have been much easier to deliver a Model Y that shared a platform with the Model 3. Having four cars on three platforms (even four platforms, if the announced pick-up truck will have a dedicated one) is not OK cost-wise, and Musk must know it - all major carmakers share their platforms between many models, bringing costs down.

It remains to be seen if this strategy will allow Tesla to meet its 1 million cars per year target for 2020. Investors are nervous, but Tesla is still on track to deliver what it promised. Let's just hope customers will not lose patience in the meantime.

READ MORE: Tesla Model 3 will make you drive an electric car sooner than you expect