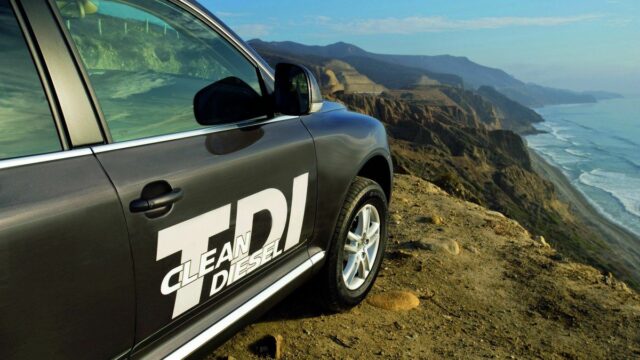 To blame: the diesel scare, combined with the SUV craze

A decade of reducing CO2 emissions was brought to a halt in 2017, as the average CO2 emissions increased by 0.3 g/km, for the first time in ten years in Europe

In a market where everybody buys SUVs and runs away from diesel engines, it was bound to happen: car-related CO2 emissions increased, putting the current EU threshold of 95 g/km in doubt. The analysis, carried out by JATO Dynamics, covered 23 European markets and found that average CO2 emissions increased to 118.1 g/km in 2017. There is a strong correlation with a decrease in demand for diesel cars and a sharp increase in SUVs and crossover sales.

Diesel cars produce lower CO2 emissions than petrol cars but emit much more dangerous fine particulates. The Dieselgate scandal didn't help either, as many car manufacturers were found to pollute many times over the admitted norms. Here are some of JATO Dynamics' findings:

While demand for diesel cars declined in 2017, registrations of petrol cars increased by 10.9% – the highest level since 2003. This meant the market share of petrol vehicles grew by 3 percentage points from 47% to 50% between 2016 and 2017. If the current trend continues, we can expect to have increasing CO2 emissions for the next couple of years, as PHEV (plug-in hybrid) and BEV (battery electric vehicles) cannot keep up the pace, increasing their market share from 3% to 5% in 2017. But there's more. According to the JATO Dynamics press release:

The shift in fuel type from diesel to petrol – combined with an increase in registrations in the SUV segment – is crucial to understanding the change in CO2 emissions. The correlation between the decline in demand for diesel cars and the increase in CO2 emissions was most evident in Europe’s largest markets.

Diesel demand fell by double-digits in Germany and the UK, and in France and Spain it fell by 5.4% and 8.1% respectively. As a result, average CO2 emissions increased in all of these car markets. Increased regulatory requirements, combined with higher costs for OEMs to make diesels cleaner, have helped cause this reduced demand for diesels and as a consequence increased CO2 emissions.

At a brand level, Peugeot, which led the ranking in 2016, fell to second place after its emissions average increased by 2.7 g/km to 104.5 g/km in 2017. This was mainly due to its increased presence in the SUV segment, in particular with the successful 3008, which experienced a high volume of registrations.

Toyota became Europe’s cleanest car brand amongst the top 20 best-selling brands, with its emissions average decreasing by 2.7 g/km to 101.2g/km. This can be attributed to increased demand for its hybrid vehicle models, which represented half of all registrations for the brand, with petrol (42%) and diesel (7.5%) cars making up the rest of its registrations.

This use of hybrid vehicles by Toyota, and the drivetrain mix of the brand, implies that full hybrids may be the best alternative to diesel vehicles in the short term, as average CO2 emissions are lower, while the additional torque and power produced by electric motors when combined with internal combustion engines meet consumer demand at an acceptable consumer price point.