Fully unveiled at the Hyundai Genesis Design Center in Namyang, Korea, the Genesis G70 is the most significant model in the premium brand's lineup so far, given its sales potential.

It plays in the highly-competitive and large segment of compact premium sedans, where models like the BMW 3 Series and Mercedes-Benz C-Class reign supreme. 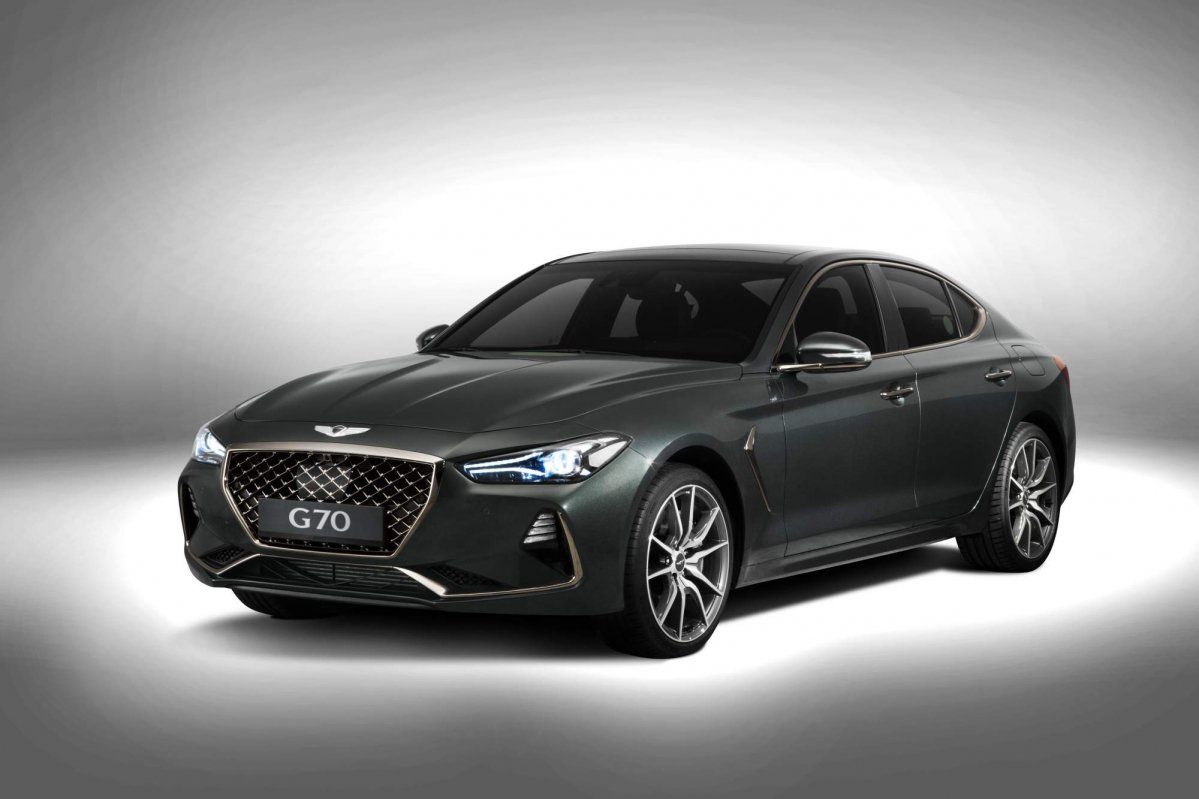 While the G70 adopts styling cues from the larger G80 executive and G90 full-size luxury sedans, it appears more coherent in design, thanks to a more athletic stance conveyed by the long, sculpted hood and short front overhang, sleek roofline, and the pronounced rear haunches. Genesis says the all-new G70 showcases the future direction of the brand's identity, and we can spot some new styling cues such as the hockey stick ornament on the front fenders, and the linear LED DRLs which are said to preview the future Genesis signature quad lamps.At the rear, the LED taillights, evolved from the G80, also use the quad lamp theme, while the raised trunk lid and diffuser-like element contribute to a dynamic appearance. Inside, the Genesis G70 treats its passengers with a simple and functional approach. It doesn't bring anything revolutionary to the table, but we can't find anything wrong with it. It looks high-quality, with the automaker saying premium materials are used throughout the cabin. Those include aluminum door handles, quilted leather door panels, metal speaker grilles, and high-quality soft touch surfaces (such as the Nappa leather seats, for example). The dash features a horizontal layout with a driver-oriented center console dominated by an 8-inch touchscreen display and featuring "intuitively laid out switchgear," such as the climate control dials, and infotainment shortcut buttons located above them. Handling-wise, we can expect good things from the G70, given that it's equipped with a multi-link rear suspension, dynamic torque vectoring system, and a mechanical limited slip differential. Not to mention it also offers a Launch Control mode. The Genesis G70 will go on sale in Korea on September 20 as the third model in the automaker's lineup, with the launch schedule for North America, Russia, and the Middle East to be announced soon. Hyundai's premium brand will now start adding SUVs and alternative powertrains to its lineup, as exemplified by the GV80 Concept unveiled at the NY Auto Show earlier this year. Six new Genesis models are projected to arrive by 2021.